Wade Bowen is a Texan artist who commands respect. Who else could release an independent record and have the likes of Miranda Lambert, Jack Ingram, Charlie Worsham and more wanting to get involved?! With his latest release, Solid Ground, Bowen managed exactly that and produced an album teeming with quality songwriting 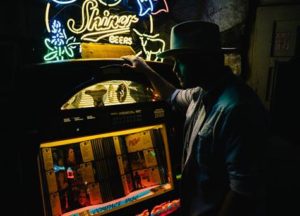 and star-turns. He heads over to the UK in June to play at Black Deer Festival alongside a headline show in Glasgow. We chatted to him ahead of the tour…

It’s exciting times! The album Solid Ground comes out here on 6th April, I know that it’s already been released in the States. Have you found a good reaction to the record?

Man, I’ve been blown away with the response that we’ve gotten. Obviously with every album you feel good about it and excited. I don’t remember an album in my career ever getting this good of a response! It feels good, we did our job!

It’s one of your first records since moving away from a major label. Do you think that gave you that extra element of freedom?

I’m pretty used to the independent side, i think that the major label was something that I wasn’t used to. I think coming out of that I got into a little bit of a rut, just trying to figure out ‘where do I go from here?’ Luckily I had my producer, Keith Gattis, who is a long-time friend and knows me as well as anybody and also knew, as an artist himself, the ups and downs of a career in and out of labels. I think he knew where I was in terms of my career and he did a really good job of helping to point me in the right direction. He broke me down and built me back up, it gave me a lot of confidence, more than I’ve ever had in my career.

It’s interesting that you mention Keith Gattis, I’d read a lot about his work on this album. When the two of you sat down, what kind of record did you want to make?

Gattis and me both thought that the most enjoyable records to listen to were concept albums, or ones that felt like that. We knew that we wanted to make one like a concept record, I’m a big movie fan so I wanted people, when they listened to this record, to feel like they were listening to a soundtrack or watching a movie with it. Even though it may not be a concept album lyrically, it sure feels like that sonically. That was the first step. We then wanted it to be kind of a tribute to my home state, where I’m from, where I was born and raised and where I still live now here in Texas. That’s where the name ‘Solid Ground’ comes from, I’m made a good living off of it and I just wanted to be able to give people a taste of what I love about this state and the music. You know, it’s rock, it’s country, Americana, it’s blues, it’s Tejano, it’s all of that wrapped up into one. I really wanted to give people a feel of that.

I’m a huge fan of Texas country and I think that the melting pot of culture and music adds to that. Do you think that people like yourself and maybe Midland show that Texas country is grabbing people now, away from the more ‘poppy’ Nashville side of things?

I don’t really know, I’ve never been one of those artists who draws lines in the sand and says ‘this is right and this is wrong’. I think that the music of Texas is not just Texas music, I’ve always claimed to be not a ‘Texas artist’ but an ‘artist from Texas’. Going back I think there’s so many people, Texas music is George Strait and Miranda Lambert and it’s also me and Randy Rogers and ZZ Top and Stevie Ray Vaughan… Gary Clark. There’s so much diversity in this state and that’s really what I wanted to show with this album. I think music is more universal than it’s ever been as far as there are so many options now. Especially with country music, there are so many different versions of what people are calling country music these days, Americana, how it’s all kind of run together. I think we all just try to respect what each other does and respect that it’s different from one another. I try really hard not to criticise and just embrace what we’re doing and move on and play our shows and make sure that I can survive in this crazy world of music!

Looking at the album, it’s full of some superb songwriting. Do you have a particular favourite on the record that you really hold close to your heart? It feels like there’s some really personal stuff on there…

Yeah, I’ve always been a very intense and personal songwriter. I don’t think that this album is any different from that in that there’s some very personal stuff on there like Broken Glass and Anchor and Death, Dyin’ and Devilled Eggs, there’s some very personal stuff on there. I think my favourite song is still So Long 6th Street, I just love how that song came out and how it just sounds so big and has such an anthemic feel to it. Having Miranda Lambert and Jack Ingram sing on it as well, it’s just really cool all the way around.

It’s interesting that you talk about the likes of Jack Ingram on the record. There’s an absolutely stellar list of co-writers on there. Did you go looking for that or did people come to you and ask to be a part of the record?

A little bit of both. Mainly Keith and I getting our mutual friends involved. We knew this record was something really special and cool and everything is more fun with your friends! That’s where we started rattling off ideas and bringing random people in! I’d never met Lucie Silvas before but Keith knew her from his relationships in Nashville, he got her to come in and I think that she just made the whole record! I loved getting to know her! Writing with Charlie Worsham and Andrew Combs and Angeelena Presley. It just made everything a lot more fun!

If we talk about the influences behind you and this record because, for me, it goes from kind of Springsteen-esque rock to mariachi sounds. What were you listening to whilst you were putting the album together?

Oh I’m listening to a little bit of everything all the time! I’m always listening to Springsteen for sure. I think the Tejano thing on Day of the Dead came out of nowhere. It’s the only song on the record that I didn’t help write and usually if I’m going to cut an outside song it has to be one that I normally wouldn’t write and that’s one! My producer brought me that song and thought it would fit. Not only did it fit but it’s a stand-out track! It’s definitely the most unique song that I’ve ever cut in my career. It’s been a lot of fun to play it live and watch this album translate to our live show. I think this album translates more to our live show that anything I’ve ever done in the past. I think I kind of left one foot on stage when we were recording and I think you can feel that.

Speaking of the live show, you head over to the UK in June for Black Deer Festival and a show in Glasgow. How much are you looking forward to heading over?

I’m so excited! About a year and a half ago I came over and did some acoustic shows, I came back just singing your praises! How respectful you all are of the lyrics, songs and the songwriter. How you appreciate music so well. I came back telling everybody to get me over again to play because you have such an appreciation of music. Hopefully this is the start of something, I’m really excited to come over. It’s a long trip but it’s an absolute blast.

You’re right, we love songwriters and lyricists. It’s a real treat for us. Can we expect you to try and make this a regular stop on the tour?

I hope so! That is the goal for sure! As long as I can afford it then I’ll be there. We’re committing to it, you just have to make a decision to commit and we’re doing that. Like I said, I came back just seeing the possibilities and loving how people listen to music over there. It’s the right place for us and we’re going to keep coming over as much as possible.

Solid Ground is released in the UK on 6th April. Check out our review here. 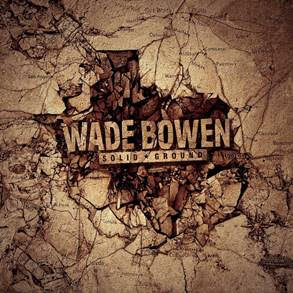 Wade will be playing at the Black Deer Festival in June. For more information and tickets head here. 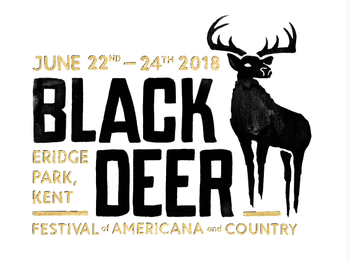