British artists seem to be coming thick and fast now in the country and Americana scene’s. Whether it’s former popstars trying to take 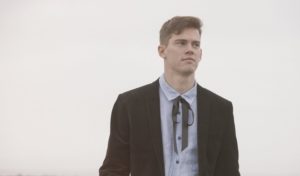 advantage of an up-and-coming genre or boys from Torbay singing like they’re from Tennessee, there is a wide range of acts, some good and some… well, yeah. Joe Martin is an artist who knows who he wants to be and has a voice of his own, a rare original glimmer in a sea of Nashville-wannabes.

Originally from Preston, Lancashire, Joe Martin is a graduate of Leeds College of Music. Whilst studying, he was inspired by the TV series Nashville and formed the band Fitzwallace and played the pop-up stages at the Country2Country Festival in 2015. Recently, he’s stepped out on his own as a solo troubadour with a voice reminiscent of his idol Glen Campbell. In the last 18 months, he’s played shows at The Bluebird Cafe, as well as hosting a songwriters round at The Belcourt Taps and playing numerous shows around Music City. In the UK, he’s appeared at numerous festivals and supported many artists.

Joe released his debut EP Small World in 2017 whilst out in Nashville. The five-song set received warm praise critically and showcased the talent that Joe possesses as a songwriter and a voice. You can buy the EP here.  In November, he released his latest single Better Than Today. If you’re in Nashville at the moment you can hear him everywhere! He’s been at the Bluebird Cafe, Belcourt Taps, Station Inn and Whiskey Jam in the last month!

If you’re a fan of the classic songwriters like Guy Clark, Glen Campbell or even enjoy the folksy side of TV’s Nashville, Joe Martin could be an artist for you. Simple arrangements and an emphasis on lyrics and chord structures are important in Martin’s music. If you’re looking for glossy pop tunes about drinking beers on a Friday night, you won’t find it here. It’s all very much written from experience and isn’t playing up to anyone’s expectations of country.

Judging from his success out in Nashville, Joe Martin could be an artist that we see a lot more of. He’ll be playing a handful of shows in the UK this year including an appearance at Buckle & Boots Festival. Keep an eye on his website for more news on tour dates! He also tells us that he’s heading back into the studio soon and hopes to have new material out in September! 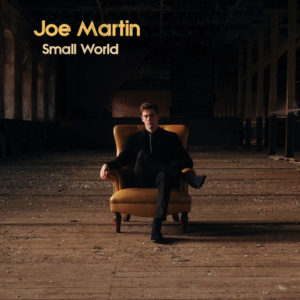