If they didn’t know him before, fans of Brothers Osborne in the UK will know him by now. Kendell Marvel is the husky voiced, honky tonk songwriter who opened up the Brothers recent UK tour and blew crowds away with his powerful songwriting and southern charm. His debut album Lowdown and Lonesome was released in the States last year, to widespread acclaim from Rolling Stone Magazine amongst others and had it’s UK release last week. He’s written hundreds of songs in his career, including cuts for George Strait, Jamey Johnson and Jake Owen, as well as a whole host of co-writes with country music’s modern messiah Chris Stapleton. We were lucky enough to sit down with Kendall in Manchester, before the penultimate show on the Brothers Osborne tour to chat. 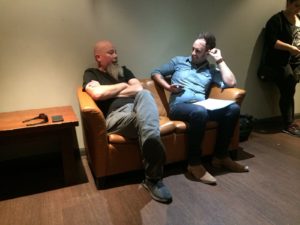 Kendell, how are you finding your first UK tour?

The crowds have been amazing! Amazing is an understatement! They’ve all been great but last night there was just something pretty magical going on in London.

Has it been what you expected?

More! It’s more than I thought it’d be. I’d always heard that the crowds over here were really responsive, they already know a lot of your songs. Usually, in America, the opening acts will play whilst people are filtering in the whole time. Here, they’re here ready to listen!

It must be cool to be playing a part in Brothers Osborne’s first headlining tour and seeing that they’re selling out so many venues?

We’re old friends and we’ve written a lot of songs together, so they were kind enough to let me tag along and I think it’ll help me move along a hell of a lot quicker opening for guys like that. They’re exposing me to a lot of people and I’m grateful for it.

I spoke to the Brothers last year when they opened for The Cadillac Three, I guess it’s good for all you guys to help each other break new ground?

Sure. We love Jaren, Neil and Kelby, actually, Neil’s my neighbour in Nashville! It’s funny because over there, they open for the Brothers, it’s just flip flopped!

So, looking at your career, you’ve primarily been a songwriter for a lot of years. Do you find the crowds over here to be a little more receptive to the songwriters? We have such a rich songwriting history and love…

They’re way more receptive and they listen. There’s a few songwriter events in the States that we do that are a good listening crowd but most places, if you just go and play a venue, people are going to talk and drink and fight! They listen over here and they want to hear words. It’s great when you play with just a guitar like I do on this tour, it’s kind of hard to keep peoples attention sometimes, so it’s nice that they stand there and listen to songs. I think it’s great! I love it!

Moving on to your career, as we’ve said you’ve been a songwriter for a long time, is it difficult to break out from that mould?

Not really  because I’ve always been an artist. I moved to Nashville to be an artist, the songwriting took off and that’s just the way it worked out. Once my kids were grown and music starting changing style-wise, some cool people like Sturgill Simpson and Chris Stapleton started coming out, I thought it might be a good time to make a country record. The kind of stuff that I like.

I think that’s the kind of stuff that seems to do well over here. Sturgill is huge over here, Jason Isbell is big, is that something that’s influenced your decision to head over?

I saw this week on social media that you won a Grammy for co-writing ‘Either Way’ with Chris Stapleton. That must be a cool for you but also watching Chris on his journey, I know you’ve written a lot of songs together?

Yeah about 60! Just to see him go from zero to 100. Now, I see him maybe once a year! When he’s home, he’s home on the farm with the kids and hanging out. It’s pretty odd seeing that!

As an artist like yourself, who perhaps isn’t as mainstream as some of the glossy pop stuff. Seeing him make it must be encouraging and make you think that it’s worth the fight?

It is. Absolutely. A lot of people who weren’t considered as being artists, playing small bar scenes, are kind of stepping out now. If he can do it, not that, he’s great, he’s the best! He’s a freak of nature! He has definitely opened doors for a lot of people to step up and do something.

Moving on to the album ‘Lowdown and Lonesome’, it was out in the States last year and the UK this year. How have you found the reaction to the record?

It’s been pretty slow in the States but actually went quicker than I thought it should! It’s got some pretty good press from Rolling Stone and a couple of other people really took a liking to it and threw the name out there quite a bit. It’s always a slow build over there. I think this tour is going to make it a lot bigger over here than what it would have been if I’d just released it. Really good timing on somebody’s behalf!

Just talking about your sound in general, who have been your major influences?

I’ve had so many. Growing up it was always Hank Williams Jr. played heavily at my house. I like rock and roll too, I grew up in the 70’s so I like AC/DC and southern rock like. Lynryd Skynryd and Allman Brothers. Randy Travis and Dwight Yoakam came around when I was a teenager. It was pretty broad but I would say that Hank and Waylon. 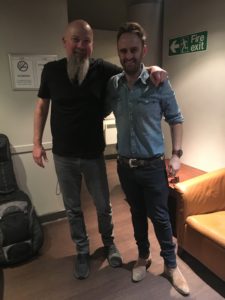 What about any British influences?

Oh sure, that was a little before my time. My dad was a huge fan of The Stones, The Beatles and The Who. All that stuff. Anything guitar driven.

I’ve been really intrigued reading about the ‘Honky Tonk Experience’ that you’ve done in Nashville. That must have been helpful for your career, especially looking at some of the names that you’ve had?

You know, it’s weird, we kind of did that to get people to know that I was making a record and being an artist. I’ve had some pretty good friends and done pretty well, we’ve had everyone from Jamey Johnson, Alison Krauss, Brothers Osborne to Foo Fighters and Black Crowes come out and play. I really didn’t know a lot of those guys, it was just random people coming through town if it’s on that night, they show up! It’s kind of where the cool kids hang out!

I saw that you had Chris Shiflett, his ‘Walking The Floor’ podcast is so good!

I love Shiff! He’s a good dude. I hope that me and him can do some more stuff together. He has his little honky tonk thing on the side and we might be doing some things together. I’ve got one on his new record that he’s just recording!

Moving back a little to those guys that we were talking about before, Chris Stapleton, Brent Cobb, do you sense that there is a little shift in the country genre?

Country music has been so radio driven and radio friendly in the States. Just shitty music, most of it. The real cool stuff had to go outside of radio, none of those guys were getting any radio play in the United States. Sturgill, Jason Isbell, of course they were getting nominated for ‘album of the year’ and Grammy’s but no radio. Chris Stapleton just had his first number one hit! He sold 4 million records before he had a number one hit. Radio has just dictated so many lives but now with Spotify and other digital platforms, it ought to be a wake up call for country radio. It’s not been yet but…

Can we expect to see the UK as a future destination for you?

Yes! I think I’m coming back in a few months, I’m talking to the guy from the label and he’s already got some ideas. I’m think of coming back this fall and doing a few shows, I don’t know if it’ll be with a band yet, just depends on what we can come up with. I’d love to do it, I’m maybe one tour away from that.

Just look at how quickly Brothers Osborne have taken off!

Exactly. This is their third time back. I just don’t wanna let everybody know about it because they’ll all be wanting to come over!

I guess it’s worked the opposite over here to it might have in the States. For example, and there’s nothing wrong with what he does, Luke Bryan has been over and dipped a toe in but that was it really. Whereas Sturgill came, starting selling everything out…

It’s the different mindset over here and the way they listen to music. They like albums too. They don’t just want to hear a hit single on the radio then a bunch of crap on a record, they wanna hear a whole record. Put the needle down and walk around and clean the house, whatever you’re doing! 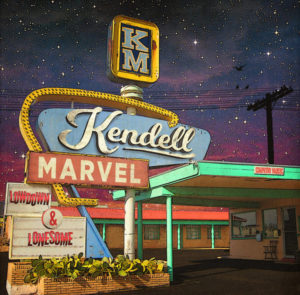