Big news for Eric Church fans! The Chief has announced a new single and subsequent album Desperate Man, due to be released on 2nd October. The follow-up to 2018’s Mr Misunderstood comes after three years of hard touring and subsequent 61 Days in Church live releases. The first single and title track from the record, co-written with Ray Wylie Hubbard will be available on Friday 13th July!

Get ready Church Choir, it’s going to be an exciting year!

In 2015, Church stunned industry and fans alike with the surprise release of ‘Mr. Misunderstood’ (the album), giving it to his fans first without interviews, hype or promotion. Church Choir members spoke directly to local television on how they received the record, being the first to confirm its existence.

Church commented, “Everyone is so focused on your first week. But I am more concerned with week 80 than week one.”

‘Mr. Misunderstood’ went on to win ‘Album of the Year’ at the CMA Awards in 2016, reaching RIAA-Platinum certification earlier this year. 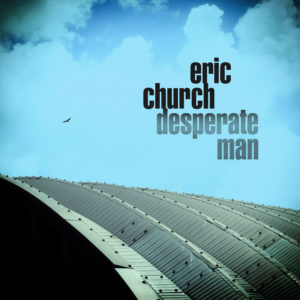