Willie Nelson is seemingly unstoppable. In the same year that he released his latest studio album, Last Man Standing, he has announced another full length LP. My Way is an eleven song tribute to one of Nelson’s heroes and a true legend of American music. This isn’t the first time that Nelson has approached the great American songbook, his 1978 album Stardust was one of the first times a contemporary singer had approached this.

Throughout Sinatra’s life, both he and Nelson were good friends and both are held in great esteem by music fans all over the world. Sinatra even opened for Nelson at the Golden Nugget Casino in Las Vegas during the 80’s.

“I learned a lot about phrasing listening to Frank,” Willie said recently in an interview for AARP magazine (June/July 2018). “He didn’t worry about behind the beat or in front of the beat, or whatever—he could sing it either way, and that’s the feel you have to have.”

Including famous Sinatra cuts such as Fly Me To The Moon and My Way, the record will feature a guest appearance from Norah Jones. The album will be available on CD, Vinyl and Download on Friday 14th September. See below for the tracklist. 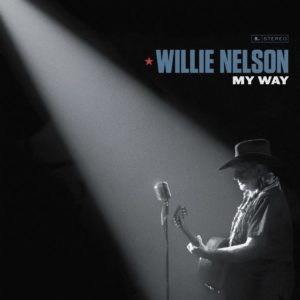