It’s no secret that we love us some Texas country music here at Six Shooter! William Clark Green is fast becoming a superstar of the Texan scene, following his 2015 album Ringling Road, which landed at number 18 on the Billboard Country Chart and the outstanding 2016 live recording, Live At Gruene Hall, Clark Green returns with his latest album Hebert Island (pronounced A-bear Island).

The album was recorded at The Sound Emporium in Nashville, Tennessee and celebrates Clark Green’s home state with a collection of rootsy rockers, tinged with Cajun flavour. The title track is already a fan favourite, check out a live performance from thelastwaltz.com below:

Clark Green’s fifth studio album is released on 10th August. It can be pre-ordered here. 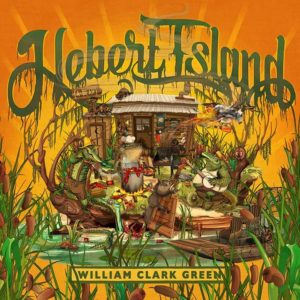