These events have quickly become favourites in the UK country music calendar, with writers lifting the lid on some of the most famous country songs and the inspiration behind them!

The full dates can be found below. Tickets go on sale on August 3rd and can be purchased here! 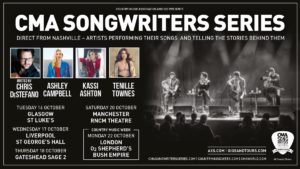