Nashville’s americana singer, songwriter and musician Will Hoge is announcing his new album My American Dream. Due out on 5th October via EDLO/Thirty Tigers, it is described as being “the fiercest, angriest, and most heartfelt collection of songs he’s released”.

The first single to be released from the record is the heartfelt Thoughts and Prayers, a song which was inspired by the recent spate of school shootings in America and the inept response of politicians when dealing with these. The relatively simple, acoustic song conveys a strong message from Hoge, an artist who isn’t afraid to speak out when it comes to politics. The accompanying video can be viewed below: 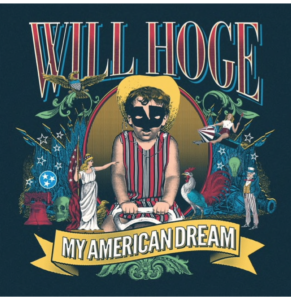 Hoge will be touring the UK this December, supporting Thirty Tigers labelmates Lucero for five specials shows. The solo tour kicks off in Glasgow on the 5th, moving on to Manchester, London, Brighton and then to Brighton. Full details and ticket information are below. Hoge will also return with his band in 2019 for further dates that will be announced soon.

Tickets are on sale now.