Having landed three consecutive Gold-certified singles in the US and Canada, two top ten albums and 500 million+ streams, Chris Lane’s career is taking off at a fast pace! He’s been on tour with the likes of Florida Georgia Line, Garth Brooks and Tim McGraw and this Autumn he’ll be out on his own Laps Around The Sun headline tour in the US. The album of the same name dropped a couple of weeks ago and we managed to have a quick chat with him about it. 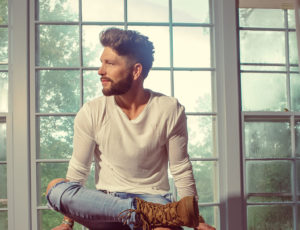 These are exciting times for you, your new album Laps Around The Sun came out a few weeks ago, how have you found the reception to the record?

Man, the response has been really good. One of my favourite things is seeing people post videos of them out on the water and with their kids, whatever it is, down on the beach, out on the lake, on the boat, that’s exactly what I wanted and it makes me very happy every time that I see that!

It’s a real summer record, for sure!

Oh yeah! That’s definitely the vibe I was going for!

The album dropped in pretty much straight at number one on the iTunes country chart. Did you ever expect such a great reaction straight away?

You never know but at the end of the day, I tried to write and record as many great songs as I could and put it out and seeing how people are reacting to that definitely feels amazing. The ultimate goal is to get people to show up at the shows and know all the words to the songs. That’s been the fun part for sure!

You must have been confident going into it, after all the single was gold certified! You must have had a good feeling for the album?

Yeah, Take Back Home Girl has definitely been the biggest song of my career so far and not a bad way to lead into my second record, for sure!

You mentioned having the fans sing along is what it’s all about for you. Have you found they’ve taken on these songs?

Yeah, I have. Songs like Fishin’ and Drunk People, Hero and I Don’t Know About You, just to name a few. I see people really reacting to those four a lot. It’s always good when we’re trying to choose the next single! I’m loving the reaction so far!

Drunk People must be a fun one at the live shows?

A lot of people say it’s the most relatable song! (laughs)

You’ve had a lot of experience touring with guys like Florida Georgia Line, Rascal Flatts and many more. You must have learned a lot from them?

You know what, they don’t take it too serious when they get up there. They have fun and people react to that. Watching that every night certainly helped me relax a lot more and just get up there and show personality. People always react to that so I would say that’s the biggest thing I learned from watching them on a nightly basis. Just getting up there and having fun!

Speaking of the UK, those guys have been over here a couple of times to play shows. Are you aware of the country scene we’ve got here in the UK and the fanbase that you have?

Yeah, I’ve seen videos and whatnot of other artists over there playing and I’m hoping to make it that way soon. I don’t know exactly what kind of fanbase I’ll have but it’s always good to get over there and start building it from the ground up, just like in the US.

I know there are a lot of people enjoying your album. Have you ever been over here at all?

No, I’ve never been there before so I’d love to come for my first time, especially playing music!

I wanted to touch a little bit on your career as it seems so interesting. I read that you almost became a professional baseball player. Do you ever have regrets about that not happening or do you think it was a blessing in disguise?

Oh yeah, hands down it was definitely a blessing in disguise. I worked really hard and when it didn’t work out, I had several knee surgeries that really hurt my chances but looking back I’m really glad all that happened. It definitely led to this moment here so no matter how bummed out I was at the time, it definitely worked out in the end!

It’s a great story. I also saw that your twin brother followed that path and now drums in your band!

Yeah, man! It’s great having him out here. We’re still really competitive with each other, especially playing golf on those off days!

It must be nice having family out on the road with you?

Yeah, absolutely. All my guys are from a very similar area of North Carolina, we’re all best friends now so it makes it a lot of fun out on the road.

Moving back to the music, what have you got lined up for the next year?

Well, I’ll be heading out this fall on my own headline tour playing a bunch of clubs in the US. Currently I’m doing fayres and festivals as that’s the season we’re in now. Yeah, just keep headlining and trying to make as many fans as possible. Keep taking those steps and building my career. Keep writing for my next project for sure!

Well I’m sure there’ll be a lot of people who can’t wait to get you over here too!

Well I can’t wait to come, that’s for sure!

Laps Around The Sun is out now! 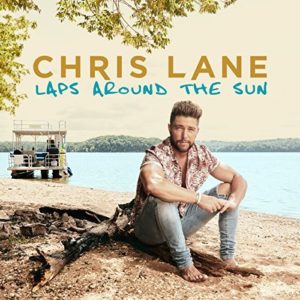