Texas based multi-instrumentalist and songwriter Parker McCollum is the type of artist who is taking the Lonestar State, and potentially the world, by storm. Currently on a US tour with Koe Wetzel, McCollum is gaining some serious heat at the moment and looks set for a bright future. 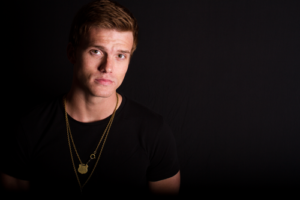 Hailing from Conroe, Texas, the 25 year-old songwriter admits to being almost obsessed with getting each and every lyric in his songs right. With songs that seem way beyond his age and experience, McCollum’s affinity for writing deep and meaningful lyrics has made him a very popular part of the Texas music scene.

With two full length albums to his name, 2015’s The Limestone Kid and 2017’s Probably Wrong, there is plenty of music out there to listen to. If you live stateside then there is plenty of opportunity to catch one of his shows this year, he’ll be on tour pretty much through the entirety of 2018!

Parker McCollum writes songs that you wouldn’t necessarily expect out of your everyday 25 year old! Heavily influenced by troubadours like Townes Van Zandt and Steve Earle, McCollum has channeled their rich songwriting history into his own writing. McCollum explained that listening to these kinds of songwriters and their ability to expose the raw truths in life made him decide that’s what he wanted to do, “There’s nothing else I’ve ever encountered that has had as much influence on me,” he explains. “That’s all I wanted to listen to. It was my thing.”

There’s little doubt that Parker McCollum is an artist who is here to stay. His first two albums show a clear maturity and development. There can be little doubt that he will break out of the Texas music scene and continue to pick up fans around the world with his songwriting style and passion for music.