For Australian songwriter Clare Bowen, it’s been quite some journey. It’s not too long ago that she moved to Nashville to star in a new TV show about the city and its musical characters. At that point nobody knew whether it would catch on. A few years, a handful of world tours and six seasons of the show and it’s fair to say that it was a great success and helped to launch the musical careers of many of its stars. Clare Bowen, who portrayed Scarlett O’Connor on the show, has stepped out of the character to release her self-titled first solo album and heads out on a UK tour this week. 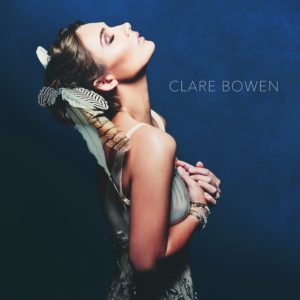 Musically, the record isn’t too big a step away from the music of Nashville, it’s perhaps no surprise as Bowen has spent so long surrounded by and living with this music. Album opener Let It Rain showcases her soulful and almost angelic vocals as she sings about rolling with the punches in life and accepting the bad with the good. The input from the legendary T-Bone Burnett, who worked on the first season of Nashville, and long-time Nashville collaborator Buddy Miller certainly adds to that familiar feel.

Bowen had a hand in writing all of the songs on this record and it goes to show, with a rich tapestry of tales being woven throughout. When it comes to the likes of Doors and Corridors, you can feel Bowen transporting herself back to her childhood home in her mind. The reaffirming and uplifting Aves’ Song is a true highlight, as Bowen sings “gravity was not enough, turns out she had wings” you can’t help but feel positive. Whether it was her childhood battle with cancer or her rise to stardom in Nashville, Bowen is living, breathing encouragement. The same can be said of the album closer, Warrior, a fist-in-the-air ballad that gives the listener strength through simply listening.

Anyone who has seen a Nashville live show or follows Bowen on social media will be aware of her talented husband Brandon Robert Young. As ever, he’s by her side on this record and features with a vocal performance on All The Bed’s I’ve Made, a tender love song about finding the right love. That’s what this record is about, moving on from the past and celebrating the good things that you have in life.

One thing that strikes me throughout this record is the richness of the music. Earlier on I drew comparisons to the Nashville soundtracks, they definitely exist, but there is a new level created with orchestral strings giving depth and colour to songs, Let It Rain and Lullaby both benefit from this. It makes the whole record easy and fulfilling to listen to.

Stylistically, it’s clear to see that Bowen has many varied influences in her music. Lijah & The Shadow takes us to a darker, folky place whereas Tide Rolls In is packed full of soul and Little By Little channels that Scarlett O’Connor songwriter within Clare Bowen. It’s refreshing to see that she clearly doesn’t feel the need to actively distance herself from that character, taking components and influences with her. Bowen seems at her strongest and most comfortable when she’s tearing your heart out though, Grace of God & You is a fantastic example of the power she has to make you feel emotion.

All in all, this is a very promising debut record from Clare Bowen. It’s testament to her ability as a songwriter and performer that she has writing credits in each song and manages to transport us to so many different places with her stories. It’s an album that feels like a slice of Bowen’s life and soul, packed with emotion and memories. This is a record that will give you goosebumps at times whilst bringing a tear to your eye at others. There’s little doubt that an artist of this quality will stand the test of time. We have to thank Nashville for bringing Clare Bowen to our attention but most of all we must thank Clare Bowen for sharing her stories with us.

Let It Rain, Aves’ Song, Little By Little, Grace of God & You 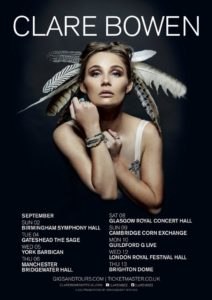