Multi-Platinum selling country star Brett Young is on the next leg of his hit-making journey with Ticket To L.A. The highly-anticipated second album is scheduled for take-off on December 7 on BMLG Records and builds on one of the most successful new artist debuts in recent history. 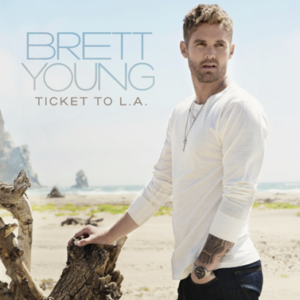 “It’s been four-and-a-half years that I’ve been in Nashville,” says the chart-topping Southern California native. “A lot has happened, the first record has been really good to me and I’m really, really proud of it. But just having a new batch of songs – it’s like breathing new life almost.”

“A big part of my life has become flying home to Los Angeles,” Young explains, saying that he boards each flight with a smile. “A lot of the first record reflected a kind of hard point in my life when I was moving from Los Angeles to Nashville, but I’m in a completely different place now. I’m so happy.”