Brent Cobb is a member of one of Nashville’s most exclusive clubs and a label that many think could be saving country music. Low Country Sounds, led by Brent’s cousin and producer Dave Cobb, has seen the likes of Anderson East release music and produced records for everyone from Jason Isbell to Chris Stapleton to Sturgill Simpson. Not bad. Having been out on the road with  Stapleton extensively over the last two years, Brent recently released his latest record Providence Canyon. On a break from the Stapleton tour, Cobb headed over to Europe for a run of shows with his band. We caught up with him at The Long Road festival for a chat… 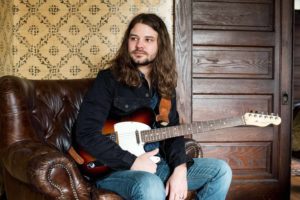 Firstly, your show in Manchester last night was cancelled due to a power cut. That must have been frustrating?

Yeah, I was really looking forward to playing this year because of the circumstances we were under last year (without the full band).

How has the rest of the tour been?

It’s been great! The reception has been fantastic! The crowds are getting a little bigger and there’s a few familiar faces in there!

What keeps bringing you back then? Is it the enjoyment of the crowds?

I like travelling, I enjoy the crowds, all of the above. I just like making friends hoping they stick!

I guess it’s a nice break getting to play some intimate rooms?

Yeah and we have the full band this time which is great! The album is a little more rocky so it works well.

In general, how did you find the reception to the album?

From critics, it’s been great. I feel like it’s just right now starting to catch on, so it’s hard to tell.

I guess it must be different in the States as things seem to strongly link to radio and singles?

Yeah, we don’t go towards radio at all. We get some AAA play but for the most part we use our time to play shows and don’t really sacrifice it by going to radio stations.

You’re part of a cool collection of artists, led by Dave Cobb, this family that includes the likes of Stapleton, Anderson East and more. Do you find that Chris has helped to break down the door for you?

No doubt. It’s something that you kind of always felt, anybody who has been a fan of that alt-country or whatever you want to call it, they’ve always known that it’s been around and if it could just be heard one time on a big stage that it would be accepted. Chris finally broke that door wide open. He’s been super kind to me personally, having us out all last year touring with him and then this year again all year. I feel like we have the same fans, they just don’t know it yet.

It is the perfect fit though, you both seem to have that similar style, almost 70’s rock. Especially on Providence Canyon, it’s got to be the perfect crowd for you?

It influenced this new record for sure. The sound of it, more so just the energy of it. We’re playing these 20,000 venues, by the time we’re on it’s maybe about 10,000. It’s a lot of people and the more singer-songwriter stuff, like Shine On Rainy Day that album, it lent itself to that crowd but I wanted to give them something to make them move a little bit.

I was going to ask if you’d always planned the move towards this ‘Providence Canyon’ sound?

I don’t ever think about that. It seemed right for this album and it still does, it’s fun to play. I don’t know what I’ll do on the next one. I will say that I think, a lot of the songs on this album, if you took away two of the electric guitars and the organ, maybe some of the background harmony singing, I think it’d be a similar album to Shine On Rainy Day.

I guess it’s more about the production then…

Exactly. Songs come from the same place, you know?

You guys on Dave’s ‘Low Country Sound’ label almost do something like the old Sun Records guys did. You write together, record together, tour together. Is that something you’d like to create?

Yeah, that’s what Dave’s into and I’m definitely into that camaraderie as well. It’s not such much competition as it is working together. We’re all different and I wish we could all take off!

You mentioned the alt-country type scene in the states. Do you think it’s maybe a little bit easier to crack into mainstream country here in the UK? Take this festival, we have a UK act, then yourself, then Danielle Bradbury, followed by Aaron Watson. It’s a wide variety of artists!

Do you get that back home?

Not normally. It’s pretty separated. I’ve noticed in the UK that the mainstream audience would be more likely to accept a quote ‘alt-country’ artist than someone is an alt-country fan first would be to accept a mainstream country act. I wish we could all just get along!

You’ve written a lot of music that gets into the mainstream and Chris is similar, obviously he had big cuts for the likes of Luke Bryan. It always seems strange that there is that disjoint…

I agree! I don’t know why it’s that way! I feel like I’m accepted by everyone but embraced by none!

You must feel the love when you come over here?

Absolutely! I love stepping out there.

Looking at the scene over there. People like Brothers Osborne, yourself, Lucie Silvas to name a few are starting to get noticed a little more. Do you think that people are thirsty for something different?

I have no idea! It’s taken about 12 years to get to the bottom and I still don’t know what it takes. I could think just persistence and some people just blow up. It’s obviously not the way that it’s going to go for me.

I was talking to Charlie Worsham the other day and he says that he’s taken the ‘scenic route’ and that could be a good thing as a songwriter. Do you think maybe having that big hit and blowing up could be a hindrance and a monkey on your back?

How excited are you for a festival appearance today?

Very, my first festival here. Actually, maybe not, we played a festival in Brighton for my first gig last year, it wasn’t quite like this though. This feels more like a festival that would be down in the American south.

That’s nice. It’s also nice just walking around the farm out here. I’ve wanted to go to the countryside, I needed it man! It kind of feels like home a little bit!

Do you think that the UK will become a regular place for you to tour?

As long as we can afford it! Yeah, I would love to try and make it happen at least every year!

I can’t wait for you to hear it!

Providence Canyon is out now! You can read our review here! 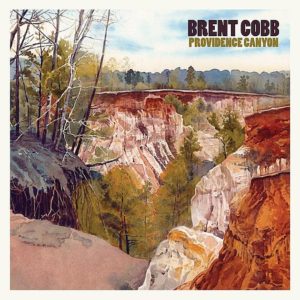