We’ve not reviewed too many albums recently, truth be told nothing has engaged this writer enough to really get stuck into it for a few weeks. Knowing that Eric Church’s latest record was just around the corner was a welcome sight. 2015’s Mr Misunderstood took people by surprise, perhaps not just by it’s unannounced release but also the fact that The Chief had managed to evolve his sound once more and, in a rare change from the Nashville norm, it wasn’t in the direction of pop. 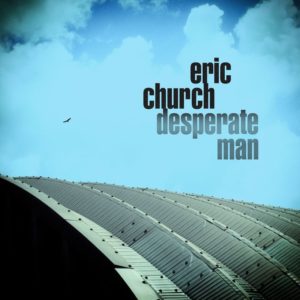 Desperate Man was proceeded by the Rolling Stones, Muscle Shoals tinged single of the same name. Co-written with one of his hero’s in Ray Wylie Hubbard, the song showcased the foot stomping best side of Church. It might have sailed very close to Sympathy For The Devil but it was a welcome single in a country music world that is becoming more and more saturated with irreverent, throwaway pop that will not last the test of time.

The album opener finds The Chief in a fighting mood (what’s different?) and the album opener The Snake only goes to prove that. He sings about the rattlesnake and the copperhead going head to head, the worst of two evils will prevail. Considering his recent Rolling Stone interview, it’s hard to believe that Church isn’t talking about the American political climate. This brooding album opener relies on the acoustic guitar and Church’s hushed vocals, you feel like it’s about to go somewhere but it never quite kicks off.

It’s not all brooding. Those soulful vibes are picked back up on tunes like Hangin’ Around, where Church and his band really stretch their legs and show off their chops. That song and Desperate Man are clearly channeling some Muscle Shoals inspiration on these songs.

Some of It could be a song lifted from one of Church’s first two albums. It’s an acoustic singer-songwriter song where he reflects on life and the lessons that we learn. There is a mellower side creeping (no pun intended) out here in The Chief and it’s refreshing to hear that breezy songwriter making a return. The same could be said of Hippie Radio, a nostalgic folk song which is sure to become a live favourite, lending itself perfectly to Church’s love of a solo performance.

Despite the album opening with a forked tongue and frustration, Desperate Man is definitely not that type of album. Church is in a reflective mood here, he’s looking at the world and the people around him, thinking about the past and the future and he’s writing about it. A Jukebox and a Bar is country music songwriting at its finest, it’s desperation and it’s real life, the same could be said for Drowning Man. That’s the theme of this album.

Speaking of Drowning Man, this is the song that really shows off the musicianship on the album at its finest. It’s sparse yet it’s so full. With just the guitar and his voice, as well as the backing vocals of long time collaborator Joanna Cotton, the first half of the song builds to a soulful crescendo when the drums and organ hit us smack in the face.

One of the true highlights of the record comes in the form of Monsters. Again, this tune could fit on any of The Chief’s albums. It’s a powerful vocal, strong storytelling and great musicianship. There is great depth to this song, it’s about being a child and the fear of monsters in your home yet it is also about the monsters that exist in the world who we should be more scared of. Church might not be in your face about it here but he certainly has a lot to say.

Country music has been crying out for another Eric Church album. Despite The Chief producing music that potentially pushes him further away from country radio, he continues to make music that excites and challenges the listener. Church doesn’t believe that music should be put into specific genres and this album shows that, with hints of country, rock, soul and more, Desperate Man makes for an exciting listen. After his explosive Rolling Stone interview, one could be forgiven for expecting all out war on this record. Church is smarter than that though. He tells the tales of his childhood, of his son, of his life but there’s more when you scratch the surface. It’s not a record that hooked me straight away but listen I’d advise that you to this album again and again, that’s how it’s best enjoyed.

Hanging Around, Hippie Radio, Jukebox and a Bar