Multi-platinum singer/songwriter Kip Moore has announced the release of Room To Spare: The Acoustic Sessions EP for November 16th. 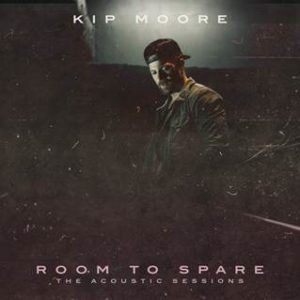 Driven by a promise to fans to record an acoustic EP, this seven-song outing features a stripped-down rendition of ‘Plead The Fifth’ – the lead track from Moore’s latest studio album, Slowheart, released by Snakefarm Records in the UK last year – in addition to six never-before-released recordings.

Embracing an all-star roster of songwriters, including Natalie Hemby, Charlie Worsham, Luke Dick and Josh Kear, Moore co-wrote five of the tracks, in addition to producing the EP alongside David Garcia…

“The acoustic idea was something that was honestly born from the fans,” Moore says. “It was something I noticed would keep coming back around from them, and that I have been promising to put out there. This project has been really cathartic as it doesn’t have the pressures of a full record, and allows you to mix things up a little bit creatively, but also totally strip things down. ‘Plead The Fifth’ is a song that is wild out on the road, so it’s awesome that a number like that gets another life in this form, too.”

One particular track, ‘It Ain’t California’, co-written with Worsham and Jon Mabe, was born a few years back, but is only now seeing the light of day following a fresh injection of life in the studio…

“I’ve always been super attached to that particular chorus melody, but never truly felt a connection to the verses,” Moore says of the song. “Charlie heard me singing it in the studio and was immediately drawn to it, asking me what that was. I told him I wasn’t in love with the verses and was always in search of changing them to match the intensity and vulnerability of the chorus. We then began discussing our sadness over Tom Petty passing, which trailed into classic songs in general. Before you knew it, we were re-writing the track with a little bit of those concepts in mind, the backbone being that it will never be the same without Petty.”

Earlier this year, Moore played the main stage of Europe’s largest country music festival, Country2Country. This three-day event has fast become one of the biggest platforms outside of the USA for the major stars of the country world, as well as emerging talent from Nashville and beyond.

Room To Spare… is due for release digitally on November 16th, with a physical CD release lined up for November 23rd.