If you follow Six Shooter Country, you’ll probably know that we love songwriters, you’ll probably also know that we love Sean McConnell. Since the release of his superb self-titled album in 2016, he’s been firmly on our radar, following that up with the beautifully stripped down ‘Undone’ and a co-write on Brett Young’s heart-wrenching number one single ‘Mercy’. It’s safe to say Sean McConnell is an unsung hero of country music.

This year sees him release his latest album ‘Secondhand Smoke‘, released on 8th February. He preceded this release with a rare trip to Europe in support of Pistol Annie and ace-songwriter herself, Ashley Monroe. Our man Brian sat down with him in Glasgow for a chat. 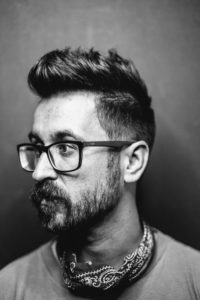 Thanks, thanks so much.

It’s been just over a year since you last chatted with us at Six Shooter Country and what a year you’ve had!

It’s been a ride man, it’s been very very fun and I’m glad to be talking with you guys again.

When we last spoke you were just about to release ‘Undone’ a stripped-down acoustic version of your self titled album, how was the reception for that?

It was great, I really wanted something that sounded like what you would hear if you came to one of my solo acoustic shows rather than a big produced record. I think people really appreciated that. We printed up some vinyl that sounded really good so I think it was received really well as another option of that project.

One thing I did at the beginning of this week was to listen to both of those albums side by side and I loved how different you managed to make each album sound, the acoustic one wasn’t a clone of the original and really stood on its own 2 feet as a record in its own right.

I’m glad you thought so. When I wrote the songs, I always knew that I wanted a version out there where people could hear how the songs started. On the piano version of Holy Days, I had never played it on the piano before that recording so what you are hearing is me kind of figuring it out on the piano as I went. I think it’s a whole different take on the record.

Was it nerve wracking taking a record that had been so successful and then stripping it back and putting the songs back out on a really honest way with nowhere to hide?

If you were to compare both of those records, do you have a favourite?

Man, that would be like picking between your 2 children. I like them both for different reasons. I can’t imagine not having either of them. I feel like they belong together and you should experience both of them.

2018 also brought your first No.1 single with Mercy that you wrote with Brett Young…

That was a huge surprise and a huge blessing. Very exciting.

I don’t think it’s a surprise to anyone that’s heard the song, it’s beautiful.

Thank you so much.

You’ve been around Country music for a long time now and have written a lot of great songs for some amazing artists, were you excited to finally get that No. 1?

I’m just happy that it happened. It’s not necessarily a bullseye that I try to shoot for. I just try to write really good music, and write something that I feel good about and excited about, and then whatever happens with it, is what happens with it. That’s not that I don’t work really hard to get the music out to as many people as I can, but it’s not like I sat down and thought “I’m gonna write a No. 1 song. I just sat down with Brett to try to write a great song and it happened to go to No.1.

Did anything feel different when you were writing that song? Did you get a feeling that something special was happening?

Yea, I did have that feeling and I think Brett did too. There are some songs you write and you look back at them and think “I would change this” or “I would do that differently” but with that song, it felt pretty effortless to write and looking back at it after we wrote it. there’s nothing at all I would change about it.

Yea, we played Amsterdam earlier this week and this is the first night in the UK and then London after this. I’m so excited to be out on the road. It’s been so much fun and I can’t believe it’s almost halfway over. I’ve been really looking forward to it. You can’t beat it, it’s amazing over here.

How was the Amsterdam gig?

That was great. The audience were fantastic. I was opening for Ashley. It was a great venue and although it felt like it was mainly people who hadn’t heard me before and they were waiting to see how it sounded but after the first verse went by, everyone cheered and they were really in the experience.

Was it different playing somewhere where English isn’t the first language?

It definitely was, yeah. I did a radio station visit and they interviewed me in English and then live on air they translated it for their listeners which I loved, it was so much fun. It’s an amazing language. I enjoyed it.

Do you enjoy touring?

I do, yea. The older I get the more I enjoy it. I appreciate the opportunity to come to places like this, meet people and play music. I’m very fortunate.

This is the second time you’ve been over to the UK to play, are you starting to build a fanbase?

I hope so, I hope it’s happening. I’ve only been here one other time but I think we got a good reception. We spoke to people like yourselves, different publications, radio stations and now we’re back trying to build on that and playing some new places. I would love to keep coming back and just build and build and build it so we can come back every year.

So this is your first time in Glasgow?

Yeah, it’s an amazing venue, I’m so excited to perform tonight. Venues like this are special and they really allow the music to soar.

Your new album ‘Secondhand Smoke’ is coming out on the 8th February, are you excited for that?

I’m very excited for ‘Secondhand Smoke’. I’ve never produced an album before in this way. I have a home studio and I basically had a few months to just create my own record on my own timetable. I ended up playing most of the instruments and engineering it and even writing as I went on some of the songs, so to have that time where there wasn’t a clock ticking and money being spent just really allowed the art to develop naturally and somewhat slowly. It was a really fun way to make a record.

I read the record being described as a deeply intimate look at your own life?

Yea, I think I’m always trying to do that with any record. Selfishly, I write music for myself you know, to express how I’m feeling about something or to explore something I’m interested in. If it’s a song on my record, its mostly there because it’s something I’ve felt.

I think my self-titled album was more story-teller autobiographical, very literal. Where there’s still a lot of that in this record, it bends a bit more into the metaphorical. It’s a little bit broader and I think a lot of the black and white turns a little grey on this record.

I also read that on this record you co-wrote 3 of the songs, wrote the rest by yourself, played every instrument except the strings and synths and recorded and produced it yourself in your home studio, could it have been any more intimate and personal?

(Laughing) No, there is no way it could have been any more intimate or personal.

All of me is on that record. To be honest, there were some days that were really difficult and it drove me absolutely crazy but looking back on it for the most part it was very very rewarding.

Do you think working that way allowed you to create a better record?

It’s a different record. I think every record that I’ve made, during the time of the making of the record, was the best record I could make and I think that’s the same for this one. I think the process of making this record, along with me being older and having more experience with song writing, and with the things I wanna say, I think it’s a good evolution for me.

There’s a real biblical theme to a lot of the songs in the record, was that something you set out to do when conceiving the record?

Not really, it just evolved that way. It’s kinda funny. Before we had the final song selection chosen, there were probably 30 or 40 songs and many of them had that thread of biblical references or imagery in them. Its not something that I did consciously, it’s just something that I was brought up in and am always fascinated by, and searching for and looking at. So for sure, it came up a lot in this record. I think that it’s done in a way that makes me, at least, look at myself as a human and what that means for me.

Yeah, it’s not a concept record where you could follow it and one story leads into the next. It’s not that type of record, but I think that thematically and emotionally if you listen from beginning to end there is a bit of an arc to it that you can follow. My favourite way, even in this day and age, is to listen to a full record as its own world and for people that take the time to do that, I hope this record is fulfilling for them.

With this venue being a converted church it seems like it might be the perfect setting for some of these songs?

Yeah, I was feeling the same thing, it’s gonna be a special night.

Do you have any plans to tour ‘Secondhand Smoke’ over here in the UK?

We’re talking about it. We wanna follow up on this trip and hopefully get it together to be back over in 2019, that’s the plan.

I really hope the plan comes to fruition, it would be great to see you headline over here!

Yeah, it will be very cool!

Sean McConnell ‘Secondhand Smoke’ is release on 8th February. You can buy it on iTunes here. 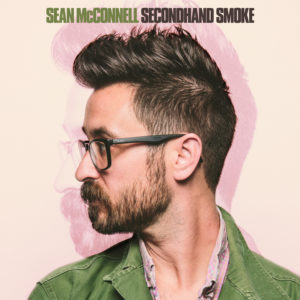 2 thoughts on “Sean McConnell Interview: We Catch Up With the Songwriter in Glasgow as he Tours With Ashley Monroe”