There’s a new festival on the block this summer – step forward Dixie Fields on July 12 & 13, billed as a family-friendly mix of true country music and Dixie culture. Co-founder Georgie Thorogood spoke exclusively to Six Shooter Country about her hopes and ambitions for the new Essex event and her own country music heroes. Alison Dewar reports. 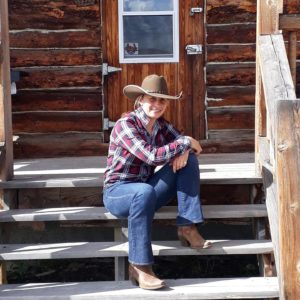 Where did the idea come from for a country festival?

I’ve always loved country music, the old classics like Dolly Parton and Glen Campbell, John Denver – Annie’s Song was my favourite – and, when I was about 12 or 13, I started listening to the Dixie Chicks and it went on from there.

The festival idea came from a conversation with my brother about Alanis Morissette, it was one of those ‘wouldn’t it be great if…’ moments and then I started thinking about a country concert.

And you’re holding it on the family farm?

Our family has farmed in Writtle, just outside Chelmsford, for generations and we’re on one side of Hylands Park, where the V Festival has been held for many years. Our fields were used for camping for V fans and as the festival isn’t happening this year, we started looking at other ideas.

We began planning for it this time last year and by July 2018 we had all the necessary permits and licenses. We all agreed on the name Dixie Fields and then it was a question of starting to get the acts in place.

The UK country music festival circuit seems to get bigger every year, what makes you different to events like Black Deer or The Long Road?

We’re not trying to compete because we don’t have the infrastructure and we’re not in the same league. It is better to acknowledge that now, so people know what they’re getting. We’re working hard to make it a bit different and I think we’re achieving that – we will be very mainstream, with easy listening music, mixing American acts with regional and local artists, it’s all about playing music that people will enjoy.

What has been the biggest challenge?

Undoubtedly the headliner – I had some of the more local acts lined up quite early on but, because it’s our first year, I didn’t think we could launch the festival without having our headline act in place.

Getting the right person was probably the most difficult thing, not least because it was so expensive, especially if we wanted someone from the US, which we did. We needed to do a lot of crossing all the ‘i’s and dotting all the ‘t’s to make it work.

We were really thrilled when Lauren Alaina’s agent said she was keen to come over – this will be one of her first gigs in the UK and she ticks all our boxes. She’s a name people will recognise from American Idol, she makes great music, she’s quite commercial and I’m also very proud to have a female headliner.

What more can you tell us about the other acts?

We’ve a real focus on acts from in and around Essex – I love Holloway Road and they’re are from Southend, The Jackson Line are very good, they’re from Colchester, and Megan O’Neill is from just up the road in London. I think she is brilliant and has an amazing voice.

We’re really excited to have just announced Royal South with SaraBeth, Glen Mitchell and Vickie Vaughn – Glen is originally from Rayleigh in Essex – and they will be a perfect fit for Dixie Fields.

Are there more announcements to come?

Yes, we’ll be announcing another American act very soon, plus some more UK ones.

What else will Dixie Fields have for fans?

We start off on the Friday night with a country film on the outdoor cinema followed by camp-side acoustic acts, we’ll be announcing those in a few weeks – I’m aiming to try and include some more local talent. When we announced the festival we were inundated with applications from bands and singers.

Plus there’ll be a country karaoke session and I’m hoping everyone will come along and sing.

The festival will all take place in the one field, so it will be quite intimate. There will be the main stage, a country shopping village with stalls selling boots and hats and other accessories, plus a fairground and a big top, complete with a bucking bronco.

People can come and camp for the weekend and we’ll be cooking an American-style brunch both mornings with some entertainment too.

We’d love to hear from more vendors and stallholders, if they want to get in touch, we’d be very pleased.

What’s the capacity and how have ticket sales been going?

We really haven’t done much marketing yet but ticket sales have been steady and we’re pleased with that. We hope to sell around 4,500 tickets and I’d like to think we won’t be far off.

How do you picture the Festival in your mind?

We just want it to be family-friendly and accessible, I see people sitting around on bales and logs having a nice time. That is the lovely thing about country music, everyone is so friendly. It is inclusive, anyone can enjoy it.

Where do you see Dixie Fields going in the future?

I’d love to see Dixie Fields to become a yearly event, we have the space so there is plenty of room to grow and I think people are looking for more family-friendly festivals and stuff like this. Country music is becoming more accessible and when you play the music people like, that’s what they want to hear.

Who would be your dream headliners?

Dolly or the Dixie Chicks would be amazing, but more realistically I saw Dan + Shay in Cambridge and they were brilliant and so engaging – you couldn’t help smile at them. You never know.

Tell us more about your love of country music, what’s your favourite ever gig?

Are you seeing them at C2C this year?

I’m going to Songwriters and then C2C on Friday and Sunday, but a friend is getting married on Saturday, so I’m going miss seeing Lady A this time. I took my eight-year-old nephew to C2C last year, he’s a big Luke Combs fan and he said it was the best time of his life.

Keith Urban or Chris Stapleton then?

I wouldn’t want to make that call. Chris – what a voice – but Keith might just have it…

And finally, how are you feeling right now?

Very excited, but terrified as well. This is a massive undertaking, but we’re working with people we want to work with and who we know we can trust to deliver, I have every confidence it’s going to be a great weekend.

At the end of the day, we just want people to have a nice time and showcase some of our fantastic local talent.