Wild Rose Film Review: We Catch a Preview of the New Movie and It’s Well-Worth a Watch! 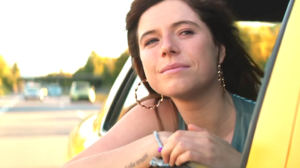 It’s not often the Six Shooter Country gets out to the cinema, we’re usually too busy bringing you the best country music news, reviews and interviews. However, we recently had the opportunity to attend a preview showing of the new UK movie Wild Rose, and we thought we’d go along and take a look at it for you.

Jessie Buckley plays Rose-Lynn, a twenty-something Glaswegian just released from 12 months in prison. She has a life-long dream – no, obsession – to become a country music singer in Nashville. But… she has 2 young children, who have understandably become distanced from her during her time inside. They been cared for by their Grandma Marion, Rose-Lynn’s mother. The relationship, or lack of, between these 4 characters is one of the key elements of the story.

On her release from prison the first place she goes is not to be reunited with her children. Instead, she goes for a quickie with Elliott, a relationship that seems shorn of any real emotional ties. It seems she’s afraid of her children; afraid of what they represent, or what she thinks they represent. To Rose-Lynn her children are an obstacle, a barrier, a commitment she wishes she didn’t have to keep. Whatever maternal feelings she does have are suppressed, buried beneath burning ambition. Country singers don’t bother themselves with school reports and smelly P.E. kits, do they?

Marion naturally wants her wayward daughter to settle down and make a home for her own family. To her, notions of Nashville are nonsense, a febrile fantasy she’s tolerated since Rose-Lynn began singing in Glasgow’s own Grand Ole Opry at the age of 14. She arranges for her daughter to take a domestic cleaning job with a comfortable middle class family – although by all Rose-Lynn has ever known, they’re actually very wealthy. Her new employer Susannah, played by Sophie Okonedo, encourages Rose-Lynn’s talent and, without giving too much away, things move on from there. 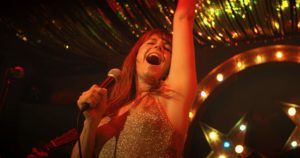 As you might expect, the film hinges on Jessie Buckley’s central performance. The good news is, she’s great, a serious talent. At one point, her character is told, “You have a voice” – and boy, does she have a voice. In the rockier numbers there’s more than a hint of Janis Joplin about her singing, a blazing fury of fire and grit. But it’s the moments where her voice is barely above a whisper where she really shines for me. It’s not easy to sing with such control and still achieve a characterful delivery of a song, but that’s exactly what she does and it makes her overall performance all the more powerful and impressive. She’s not only a great singer though. It would be easy to play Rose-Lynn as a predictable, one dimensional character, but Buckley avoids that. She takes us with her on the character’s journey and there’s a real sense of sharing Rose-Lynn’s ups and downs. There isn’t a moment when you don’t feel every decision she’s faced with, and every consequence.

Julie Walters heads a strong supporting cast that also features Sophie Okonedo, Craig Parkinson and James Harkness. As this is a film grounded in country music, it naturally has an impressive soundtrack featuring the likes of Tricia Yearwood, Wynonna Judd, Lee Ann Womack and Kitty Wells – all of whom are the kind of ”strong country women” Rose-Lynn describes to Susannah. There are strong cameos too from Kacey Musgraves and Ashley McBryde, each performing excerpts of their own songs at key points of the film. BBC Radio 2’s “Whispering” Bob Harris and his producer Mark Hagen also appear as themselves in an important scene to further anchor the story in the real world.

Given certain similarities in the plots, you could be excused for approaching Wild Roseas a Scottish version of A Star Is Born. It really isn’t, though. Where the Hollywood movie is all glamour and sparkle, even in it’s darker moments, Wild Rosekeeps its feet firmly on the ground and isn’t afraid to be raw where it needs to be. Rose-Lynn on the face of it is a far less sympathetic character than Lady Gaga’s Ally, but she is a far more relatable character. Because of that you can empathise with her even if at times you don’t agree with her.

Wild Rose will be shown at the C2C Country 2 Country festival at the O2 next month, ahead of a nationwide cinema release in April. Go and see it, and you’ll see how a real star is born. 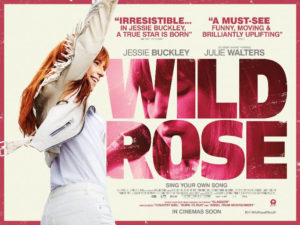