We Interview Jack Torrey of The Cactus Blossoms Ahead of Their New Album ‘Easy Way’ About Recording The Album and Much More!

In a country music scene where things can feel a little stale, we like to branch out. The Cactus Blossoms have been wowing people with their blend of country/Americana/folk ever since their debut album ‘You’re Dreaming’ was release. With sweet harmonies and raw instrumentation, they’ve created a sound that hits the mark for those looking for something really real. With their new album ‘Easy Way‘ out on Friday 29th, we chatted to one half of the sibling duo, Jack Torrey. 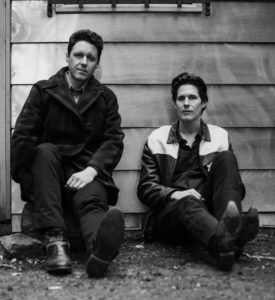 It’s just over 3 years since you released “You’re Dreaming”. Was it a conscious decision to take that time to produce a new album, or were you busy playing and touring and suddenly realised the time had just passed?

When and where were the recording sessions for “Easy Way”? How long did it take to put the album together?

JT: The majority of the record was done in Chicago at Reliable Recorders with Alex Hall on engineer duties. We also did some recording and finishing touches with Tom Herbers in Minneapolis at Creation Audio. We took our time and did a lot of short sessions over 8 months or so with some long breaks in between… we finished finished mixing it this fall. There were things about recording over such a long time that were kind of difficult, but in someways it felt really fresh every time we’d get back to Chicago and start working again.

Did you keep the same core group of musicians as you had assembled for the previous album? How important was that to you? Was your brother Tyler involved in this record too?

JT: Every musician, except JD McPherson, who appeared on ‘You’re Dreaming’ made a contribution to Easy Way. Alex Hall played some drums, organ and piano. Joel Paterson played laid down some beautiful pedal steel parts. Beau Sample played upright bass on a song. Our brother Tyler, who came up with that amazing instrumental lead on Mississippi, played a lot more of a pivotal role in the recording process this time around, which was really fun. We also got Chris Hepola (drums) and Andy Carroll (bass) who have both toured with us over the last couple years involved on the record as well. Michael Lewis (sax) and Jacob Janson (guitar) are a couple of beloved musicians we know from the Minneapolis music scene that also got to add some of their magic to the album.

What’s your connection with Michael Lewis? Where did the idea come from to include his saxophone into the Cactus Blossoms mix?

JT: The first time I had ever heard of Michael Lewis must have been about 10 or 12 years ago… his jazz trio Fat Kid Wednesday had a show every Monday at the Clown Lounge that was legendary. But that’s not how we met. I think we met properly through his aunt Wendy Lewis. She’s one of the reasons we’re making records in the first place! They accidentally saw us playing a happy hour bar gig and Wendy got us connected with Brent Sigmeth who engineered and mixed our first attempt at a studio record. Long story short, we have bumped into each other a million times over the years and I’ve always wanted to get him involved somehow… even though he’s too good to be playing with us.

People often seem to assume that singing siblings have this innate ability to harmonise vocally. Do you sit down and write your harmony parts, or do you find that they really do just happen naturally?

JT: If we have an innate ability to harmonize it’s mostly because of time spent together and not just because we have the same parents. Sure we work through parts together, but it comes pretty easily.

I’ve heard your music described variously as throwback or retro, among other things (all complimentary, I hasten to add!). How you would describe it?

JT: Describing what we sound like is not really something I’m interested in doing! It’s hard to tell people what’s on the outside when you’re stuck on the inside. I will tell you that throwback and retro are descriptions we’d like to get away from, ironically, with time.

How much would you say that Minneapolis has influenced your music? I don’t know if Minneapolis has what you would call a signature sound as such, but I think most people would say that the Cactus Blossoms music sounds more…. Southern, or Western? Certainly somewhere warmer!

JT: I don’t know, I think we kind of fit somewhere between Bob Dylan, The Replacements and The Jayhawks. Minneapolis’ biggest influence has been that it’s a city that loves music and admires people who create it. There’s also been a long history of live music that’s really accessible. All of those things together make it seem possible to do it yourself.

A couple of the songs on “Easy Way” make comments about modern life and society – I’m thinking of “Please Don’t Call Me Crazy” and “Downtown”. How important was it to you to get those messages on this album?

JT: It’s all important to me. Whether it’s singing about the problems of society or the power of love.

If “You’re Dreaming” had a definite 1950’s / early 1960’s sound, I think that overall “Easy Way” sounds like it’s moved the sound on a couple of years, edging closer towards the mid 60’s. Was that a creative decision at the outset?

JT: We’re not intentionally making time-period music, so no. Did we enjoy using some 12-string guitars, organ and delay effects? Definitely.

“Easy Way” is released on your own Walkie Talkie record label. Are you enjoying that side of the music business? Does having your own label make life more simple, or more complicated?

JT: Both. It’s had it’s difficulties, but it has also been exciting learning so much. It’s fun to get to do a mix of things every day that’s for sure… zero boredom at Walkie Talkie Records.

Your appearance on “Twin Peaks” must have given your profile a boost. How did that appearance come about? Have you been offered any other similar opportunities since?

JT: David Lynch’s music supervisor, Dean Hurley, had found out about us somehow right around the time we had released You’re Dreaming. He pitched it to David for Twin Peaks and the rest is history! It was beyond cool to be involved with that project in any way, let alone to have our song be included so beautifully. We really owe them for bringing us into such a special world.

If you had to choose one or the other, would it be studio recording or live performing for you?

JT: They are very different from each other and both equally enjoyable, so I guess I’ll have to call it a draw.

Are you planning any UK dates this year? There are a lot of fans over here who’d be very happy to have you back!

JT: We’re working on getting back! We always have a good time in the UK! 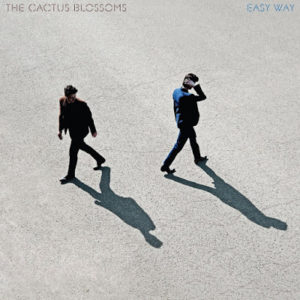 Check out our review here!