Before She Plays at Country2Country Festival, We Interview Lauren Jenkins About Her New Album ‘No Saint’ and More!

One of the brilliant things about Country2Country Festival is that it provides a stage for great new acts from the States to introduce themselves to the UK. Lauren Jenkins is one of those who will be lighting up the stages this year, the week before her debut album ‘No Saint’ is released and she steps onto the Grand Ole Opry stage for the first time. With such an exciting time coming up, we spoke to Lauren as she was about to board a flight to Europe! 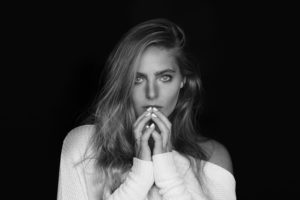 Lauren, the clock is ticking, you’ll be heading over here to the UK soon for C2C Festival. How much are you looking forward to the trip?

I’m currently drinking a mimosa in the airport waiting to board my flight across the pond. The excitement is high!

Is this your first trip to our country?

I’ve been to the UK a couple of times, but I haven’t gotten to spend much time in London, so I’m really looking forward to this trip!

What are you expectations for the country music crowds? Have you spoken to others about the UK scene?

I expect playing for the UK crowd is going to be one of the best experiences! I have a lot of friends from the UK and they have the BEST taste in music. I’ve been told that the UK crowds have a deep love and appreciation for music.

We’re also getting close to the release of your album ‘No Saint’. How excited are you for that?

As a songwriter, how much love and passion and tiredness has gone into putting this record together?

A LOT of tiredness. A lot of sleepless nights and long hours…. But it’s all worth it.

It was important to me to tell my story in all aspects of this record… So beyond writing the songs I also co-created a 3 part music video series and a short film. I was part of the creative process for designing the vinyl and the artwork. I took some 35mm film photos in the studio and had them scanned into the vinyl. So yeah, I’ve given this project all of my love, passion, and sleepless nights.

You’re Texas born and Carolina raised, how much have your upbringing and your roots shaped your music?

My dad is a huge music fan, so he was always blasting music. I grew up listening to a lot of Southern rock and singer/songwriter type music… which might be why I’m drawn to music that tells a story.

Do you have any personal favourites on the album? A song that holds special meaning for you?

Every song on the record is personal… but one of my favorites is “No Saint.” I had been living with the idea of that song for almost a year before I finally wrote it. It’s an important song to me for many reasons.

Even more exciting is that you co-wrote, produced and starred in a short film ‘Running Out of Road’ that accompanies the album. Tell us the idea behind that?

A couple of years ago I went out West to New Mexico and I knew I wanted to film something there.  Once I wrote and recorded “Maker’s Mark and You,””No Saint,” and “Running Out Of Road,” I immediately envisioned this greater story and how those songs tied together. The label took a leap of faith and let me create this three part music video series and the short film ‘Running Out Of Road.’ I love that the visual part of this record gives another life to the songs.

From watching the preview, it’s set in the backdrop of the West. Was that a big inspiration for the record?

I’ve always been a bit of a gypsy… And there’s something about the West that I’m really drawn to.  The isolation, big skies, and quiet roads are a source of inspiration.

Do you plan to continue making film as well as music?

Absolutely! Getting to combine all of my passions for this debut is something I’d like to continue for the next album.

Moving back to your music, who have been your career inspirations?

Women in country are massively celebrated here in England, nobody cares what sex you are, just how good your music is. Has it been hard at times making it in country back home? Tell us about your journey…

I love to hear that women are celebrated in England! I think that’s the way it SHOULD be. Good music should win…..

I wish in the States it was easier to hear and find female artists as well as new artists in general. Having people like you that listen to, support, and seek out great new music means a lot.

You’ve had the support of Bobby Bones, who recently put you in his ‘Class of 2019’. That must be a special feeling?

Yeah, it’s wild. I was shocked when I found out. I had no idea he had heard my music… or that anyone had heard it at all, for that matter!

How do you envisage the rest of this year panning out for you?

It’s been an incredible year already! Touring, writing, maybe sleeping…. I have my Grand Ole Opry debut on the same day my album comes out in a couple of weeks, so that’s kind of epic.

Can you see the UK becoming a regular spot for touring in the future?

Absolutely! I’m working on coming back this year… I’ll take any and every excuse to come over and play!

Is there anything that you’re really looking forward to doing or seeing when you get over here?

Pretty cool that my label is releasing my album early over here so the fans at C2C can be the very first to buy it. And really I’m looking forward to going to a pub and hanging out with everyone!

Lauren Releases Her Debut Album ‘No Saint’ on March 15th! You Can Pre-Order on iTunes here! 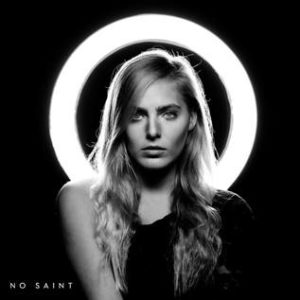 One thought on “Lauren Jenkins Interview: We Speak to the Songwriter Before the Release of Her Debut Album and C2C Performances!”