We Sit Down With Chase Rice for an Interview at C2C Festival 2019!

Having completed a hugely successful first-ever UK tour last year, Chase Rice was so enamoured with the UK crowds that he even re-released his album as a ‘Worldwide Version’. We got the feeling it wouldn’t be long before he returned, so it was great to see him appear on the C2C 2019 lineup. It’s the first time he’s brought his band over this side of the pond, and Sally had the chance to catch up with him before he opened the main stage arena at Country2Country London. 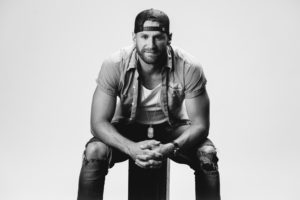 So you’re headlining the first night of Country 2 Country, how does that feel?

It feels good. We’ve done acoustic shows here before, and they’ve gone really well. We’ve had a lot of success over here and have been heading in the right direction. Now its full band so we’ll see how they take it.

Is this the first time you’ve been over here with the full band?

Yea the first time, the first show will be tonight at the O2, you can’t beat that!

Tom Petty was the guy that would have been awesome. I grew up a big Garth Brooks fan too so that would also be awesome. I’m a big Kenny Chesney fan that would have been bucket list for me, I toured with him in 2015. I’ve got to do some awesome stuff, there’s obviously a lot of artists out there that I’d love to play with, that I’d love to collaborate with. Ed Sheeran is brilliant too. But in country Garth Brooks would be the guy.

You co-wrote ‘Cruise’ which was performed by FGL, and it became the best-selling song by a country duo of all time, tell me about the process of writing for someone else, does it differ to when writing songs for yourself?

I don’t write for anyone else anymore. That one wasn’t either really, we were writing for me that day, but we started to write and Brian was freaking out about it so we kept writing like we normally write any song. And it happened to be them that wanted to record it, and I was cool with that. So no it wasn’t any different. I don’t think about it like that, most songwriters do, and they should, but I don’t, I just try and write the best song I can write that day.

Is there anyone you’d like to write for in particular?

No, I’d rather sing my own songs, if someone else records one that’s great, but I’m not going to go down that route. I like writing what’s real to me, and for me that makes the best song.

You’re a good looking guy, and the ladies love that. When writing a song do you consciously write for the ladies, or do you think this is one the guys will love?

Why thanks! Sometimes I think that yes, but I’ve got a great guy fan base do, ‘Do it Like This’, ‘Carolina Can’, ‘Jack Daniels & Jesus’ I think they’re all guy songs, and they relate to my music. At the same time you’ve got ‘Ride’, ‘Eyes on you’, ‘Gonna Wanna Tonight’, those are songs that maybe relate more to the women, but I don’t really think about it, I just go out and sing. At the end of the day if a bunch of ladies are coming to my shows they’re probably bringing a guy with them, I want 50/50. I want guys raging holding up their beer as much as the women are. I just want everyone to have a good time no matter who it is.

Do you have a favourite song to perform?

Lately it’d have to be ‘On Tonight’ because it’s a fun one to play and pick. ‘Do it like this’ is a lot of fun, and ‘Ready set roll’ is always great because it’s such a big one. ‘Eyes on you’ right now is great because we play it and people know it straight away, it’s just blown up. I don’t have a particular favourite but those are some of them!

In a past interview you said you like to find a shop that sells something local, and you bought a Peaky Blinders type hat, what’s on your shopping list this time?

Will we be seeing the peaky blinders hat on stage?

If you had to get up at karaoke what would be your go to track?

I’d say ‘Friends in Low Places’, it’s a fun one where everyone can sing along. I hate karaoke where you go and people get up and try to be great, just get up and sing and have a good time. We went to one here and everyone was the best singer you’ve ever heard!

I’ve read that you’re a whiskey drinker, will you get chance to try some of the local stuff when you’re in Glasgow?

Yes, I got into scotch last time I was in Edinburgh, so probably after the show, before the show I’ll be chilling and doing interviews and relaxing. After the show definitely I’m only here for a few more days so we’re going to enjoy it whilst we can.

What’s the future looking like now for Chase Rice?

We just put out the world wide deluxe version of ‘Lambs and lions’ so that’s really where we’re focussed right now, but in the next couple of months I’ll have a new song to follow ‘Eyes on you’. I’m not sure which song it’ll be yet, probably a song called ‘Lonely If You Are’ or ‘Breathing Room’, but we’ll be putting out another song soon to really focus on that one single.

And will we be seeing a full tour with the band in the UK?

I think so, we’re thinking maybe fall, nothings complete yet but we’re working on it right now, we’re going to try and hit some other spots probably acoustic in the rest of Europe, but bring the band back for a full set here in the UK. 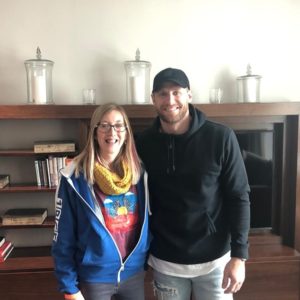 For more coverage, reviews and interviews head to our special Country2Country 2019 section!

One thought on “Chase Rice Interview: We Chat Before His First-Ever Full Band UK Show at C2C”