Gary Quinn Interview: We Speak to the British Country Artist About His Country Idols, New Music and Much More!

Ahead of this year’s C2C, Sally had the pleasure of catching up with Gary Quinn, 5 times BCMA award winner and, undoubtedly, one of the nicest guys in Country Music.

He tells us about his plans for new music, his experiences in Australia and what we’d catch him singing on karaoke night! 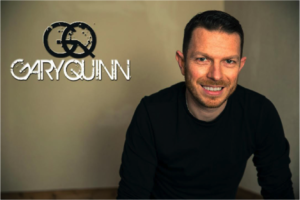 Thanks for taking the time to talk today. Tell us, when did you first fall in love with country music?

We’re going right back to when I was 10 or 12 years old and I heard Garth Brooks and Keith Whitley ‘Don’t Close Your Eyes’ I just fell in love with it, but I had to keep it under wraps as none of my friends were into country at the time. It wasn’t as cool as it is now!

My father used to have a lot of old Kris Kristofferson tapes that I listened to and I loved his storytelling, probably without realising what the stories were actually about, until later on.

The early 90’s really took things on with Garth Brooks. We had CMT at the time and he was featured quite heavily on there. I always bought his albums; every Christmas I had excitement to hear the next album, thinking if it was going to be as good as the last. I was a huge fan, nobody else could compare after I’d heard him! I got to see him in 1998 when he came to Belfast, and it got me thinking I’d like to do that! Having an American come over this far to Ireland was a big thing for us at the time. He played the Ulster Hall, and came back a few years later to do Croke Park, which I didn’t get to but it was a phenomenal success for him.

From then I got into Alan Jackson and Keith Urban.

You’ve not long returned from Australia, tell us a bit about it, did you have a favourite place to play? And did you get a chance to enjoy the sights?

The whole experience was amazing, we decided we were going to take a few people out, and I hadn’t been heavily involved in it as we were doing something at the Bluebird, which we did last November. Going to Australia was never something that was on my agenda, I have a few cousins who’d emigrated and grew up out there, but upon getting there I fell in love with the place, it was kind of like Ireland. The people, the attitudes were very similar to what we have here in the UK or Ireland, very relaxed and everything was done on time and well.

The scenery was amazing, we were up on the Gold Coast. Everywhere we played was great to be honest. We did the Tamworth Country Festival, which was always on my bucket list to do. It’s the largest country festival outside CMA and, having done that before, I’m working my way down! The response out there was great to the different artists and styles that we brought. Hopefully we’ll be back out there again next year.

You play a lot of festivals, do you prefer these to typical venues?

No, I think it’s just the way it’s come round. I’ve been heavily involved in Buckle and Boots and organising it.  It takes up a lot of time, between getting out there and talking to different artists.

But each time I get away, Nashville in particular, I try and focus on writing with other artists, and getting stuff for my own music.  It’s about getting the time for a new album and piece of work out. The last one I did was April last year, but it was more a fan related thing, it was acoustic so I think out of that what I will have is the basis of a new album.

With the insurgence of new festivals over the past year or so (The Long Road, Dixie Fields) as an organiser of Buckle & Boots do you feel pressure in keeping it different from the others?

Not really. I had a pretty clear vision of what I was looking to do with Buckle & Boots, I felt what was lacking in the UK was a more American style festival, like Country Jams and Stagecoach. You’ve got people that want to camp out at these things, and it’s a really party atmosphere. C2C is great as an event and it’s always successful, it’s really been a catalyst for everything, but it’s a different audience that wants to go and sit down in a stadium and hear each act as they come on.

What we wanted to do was give a bit more fluidity, so you could move around the stages, have a beer at the bar, not miss anything and then you could camp out. By doing that I think we were one of the first and we’ve just stayed true to that. Everyone else has followed, but are doing their own little difference of what they want their country festival to be. TLR is similar, but what we’re looking to do with Buckle and Boots is find somebody that you’ve never heard before but we know you’re going to love, but who’s on the cusp of breaking. Two years ago, we had Morgan Evans, who then went on to get number 1 in the US. Its finding those sort of acts that’s important to us.

You’re very active on social media, do you find this an important way of keeping touch with your fans?

I think so, it’s just another form of communication really. It’s like an extension. At a gig I always like to go out and say thank you and have a chat or a beer. Social media is another extension of that, people do research online, they know it’s me coming back to them and not somebody else generically. It can spark conversations, you can find out what people want to hear, or what they want you to do. It can help generate new ideas to create music for people. I’m happy to do it, and I do enjoy it, although it can be time consuming.

You’ve played alongside some greats in Country Music, does anyone stand out? And who’s on your bucket list to play with?

I’d love to collaborate with Garth Brooks! Or do something with Kris, now that would be awesome.  I’ve worked with Steve Wariner a few times on a couple of different songs, and he’s such a friendly guy.

I worked with William Michael Morgan a few years ago. He was getting real prominence in America, and with his new single ‘I met a girl’ it got me thinking I’d like to work with him, and a few years later we’re doing it. That’s the good thing about doing Nashville and networking, these things can then sometimes happen.

Phil Vassar was great to work with, he’s a good friend, and such a great entertainer.

With C2C just around the corner, as a fan of Country Music, is there anyone you’re really looking forward to seeing this year?

Keith, I’ll be really impressed to watch him. I got to see him out in Nashville a few years ago, but he only did a few shows so seeing a full set of his will be great. He was actually in Tamworth playing when we were there, doing an Australian tour. He did a show in the Town hall where we played the night before, I didn’t get to see him but there was a massive hype of what he’d achieved and the fact he’d put this gig on, as it was a charity gig for the farmers because of the drought they’re experiencing over there. And I’m looking forward to seeing Dustin Lynch, it’ll be interesting to see what his set is like. And there’s loads of great things going on down there, with the pop ups and some great UK acts playing too like Jade Helliwell and Backwoods Creek.

Are you working on anything at the moment? What can we expect for the future of Gary Quinn?

I’ve got a single coming out soon with Holloway Road, to try and get a mix in that pop country world. I’m looking forward to getting that out, and to get people talking a little bit as it’s different to what I’ve done in the past. It’s a test really to see what the vibe is out there at the moment, and what people want to hear.

The next one after that is one I’m doing with William Michael Morgan, I’ve tried to always stay true to the lyric, and the Holloway Road song was more about the production behind the song. But this one reverts back to my roots, with a strong typical country feel.

And I have another one in the back catalogue that I wrote when I was in Nashville with Kyle Schlienger and Ben Gurney. Kyle wrote on Brett Young’s ‘In Case You Didn’t Know’ it’ll be a mixture between traditional and country pop.

So, I’ve got 3 songs, all will be released as singles, and we’ll see if there needs to be an EP or an album after that, it’s important I get some new music out.

If you had to get up and sing at karaoke what would be your go to track? And is there any chance of seeing your tracks released on karaoke?

Garth Brooks ‘The Dance’ I just love that song, and it was one of the big ones that got me hooked on country. If I go out somewhere and there’s karaoke on, you’ll normally find me up doing it!

I hope so, it’d be great. If people would like to sing them!  It’s great when you’re performing somewhere and people are singing back, it’s the biggest accolade of being a songwriter.

You can see Gary performing at Dixie Fields Festival this year!