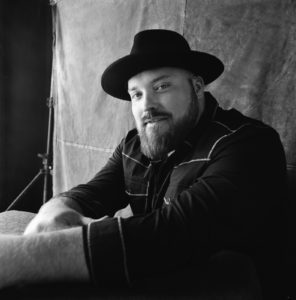 Rising country singer-songwriter Austin Jenckes will be bringing his music to the UK for five dates, performing material from his debut album If You Grew Up Like I Did.

First via the Nashville Meets London residency -Austin will perform at PizzaExpress Live at 99 High Holborn in London (one of the city’s newest live music venues) on Wednesday 29th May.

After that, Jenckes will come back into England to perform at The Long Road Festival (held from Friday 6th September 2019 to Sunday 8th September 2019 at Stanford Hall at Lutterworth, in Leicestershire). Austin will play the festival on the Sunday on the Southern Sound stage.

He will close out his UK dates on Monday 9th September, 2019, where he’ll play The Castle Hotel, Manchester.

These 5 dates offer a wonderful opportunity to hear this talented and already-respected introspective singer-songwriter in the UK. Jenckes has been praised for his emotionally-intense vocals and his innately strong sense of melody and lyrics: lyrics that seem simple but are powerful, written from his true-to-life perspective — values that run throughout his debut album and come alive in live performance. 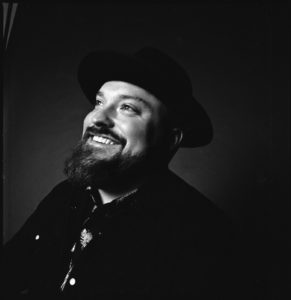 Rolling Stone Country listed Austin Jenckes as an “Artist You Need To Know” and it’s a further testimony to his luminous talent and growing rep that he’s performed alongside the likes of Brothers Osborne, Lee Brice, The Cadillac Three and Ashley McBryde. He also performed the National Anthem at his hometown Seattle Seahawks Stadium in front of 65,000 people.

What’s more, in December 2018, Austin Jenckes was awarded The ASCAP Foundation Harold Adamson Lyric Award in Country: an honour given to those who have demonstrated talent, musical intelligence and a dedication to future generations.

Austin Jenckes’ debut album If You Grew Up Like I Did will be released on 31st May on red dot. The Nashville-based, Seattle-area native has already revealed three songs from this anticipated album, including the lead track Fat Kid featuring award-winning artist Lori McKenna who also co-wrote the track with Neil Mason (The Cadillac Three) and the late Andrew Dorff and the previously-released Ride Away, and Never Left Memphis.

“I’m just a guy with a guitar singing songs,” the endlessly-humble Jenckes will tell you. However, to hear him perform is to hear the roots of country music brought into the modern age. His ever-growing fanbase speaks to the calibre of the man and his work. Whether playing headline or opening shows, touring with a six-piece band or stage-centre, just the man and his guitar, Jenckes is reminded daily of how just many people have been, and continue to be inspired by his music.

“I still don’t feel like I know how to do it completely on purpose,” he says, of his innate talent for penning authentic, sincere and supremely hook-rich songs, “but all I can do is focus on telling my story. “I can’t wait to play my first show in London May 29th at Pizza Express Live and then to come back in September to play headlining shows in Glasgow and Manchester before playing my first UK festival show at The Long Road Festival! I’ve heard so much about how great the audiences in the UK are & about how awesome The Long Road was last year, so it’s exciting to get to come experience it for the first time”.

Hear that story and see the man himself first-hand at the UK dates and check out If You Grew Up Like I Did, released later this month along with Austin’s single releases. You’ll be glad you did! 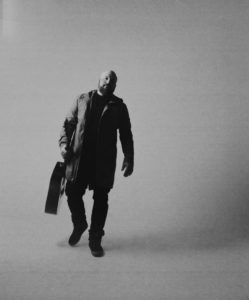