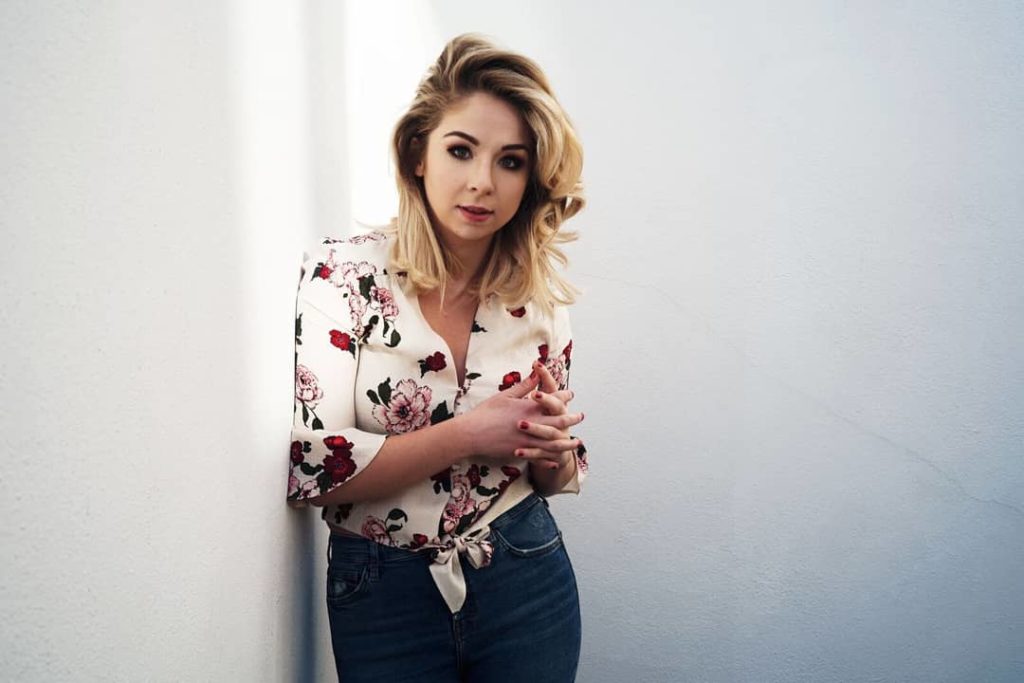 On Monday, Essex singer-songwriter Lisa Wright was revealed as the opening act for Jillian Jacqueline at the Hoxton Square Bar on June 1. Just before the announcement, Six Shooter Country met Lisa to talk about her music, her determination to succeed and why she believes honesty is the best policy when it comes to songwriting. Alison Dewar reports.

For a pint-sized blonde from Essex, Lisa Wright packs a punch when it comes to knowing her own mind. Determined from the age of six to follow her dream of becoming an actor or singer, she studied at the Liverpool Institute for Performing Arts.

There was however, just one problem when it came to singing, as Wright explains: “My plan was to be an actress and although I loved music, I didn’t think I could ever be a singer as I didn’t have a belting voice like Mariah Carey and others at the time.

“I didn’t sound like all the others in class so I was never allowed to sing that much, but fortunately, having discovered Alison Krauss and other female voices that were similar to mine, I realised I didn’t have to be belting out those top notes to make an impact.”

It took the death of her beloved grandfather and a request from her grandmother to sing at his funeral, that first took Wright down the songwriting road. “None of the music I listened to seemed to suit him, so I decided to write it myself with the one other person on my course who liked country music. It was a great experience and I haven’t stopped since,” she says.

“In my head, I still thought I was going to be an actor, but the less I tried to force myself down the music road, the more doors opened for me. Nothing is more daunting than singing something you have written yourself – not many of my age group were playing country music and I always thought people were surprised I wasn’t singing the Spice Girls.”

Having discovered her skills for writing lyrics, there was one thing lacking – a guitar – and it was only on her 21st birthday that Wright decided she was fed up with waiting for others to play for her and decided to learn to play, leading to “the sudden realisation that I could bloody well do it”.

What followed was the budding musician’s traditional journey through gigs and writers’ rounds, looking for the “right places” to sing and paying her way with a series of what she calls “every job under the sun”.

“The worst job was also the best job,” says Wright. “I spent two weeks working in a Thai restaurant making desserts, but the problem was that after a big Thai meal, no-one had room for dessert, so I used to make them and eat them myself!” 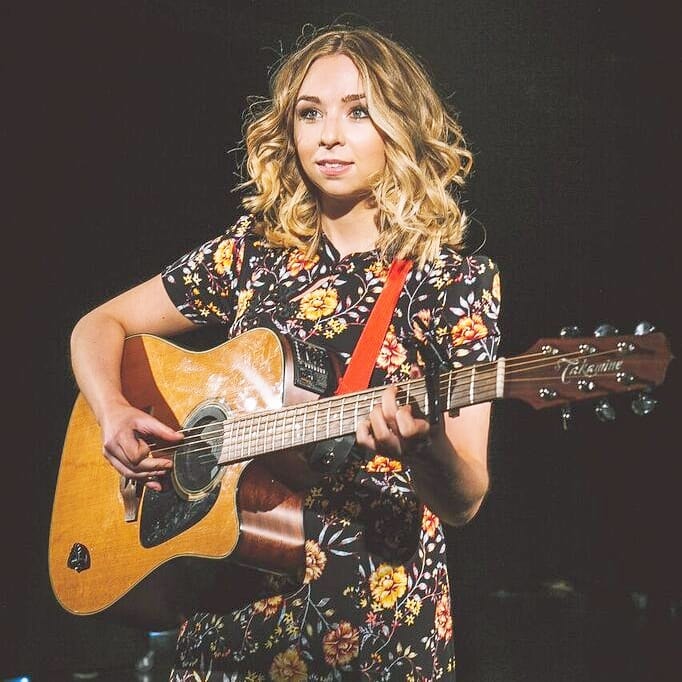 Fast forward six years (she has just turned 27) and Wright is now an accomplished musician and singer-songwriter; having played at Nashville’s legendary Bluebird Café and Whiskey Jam venues, released two EPs, been handpicked to represent the BBC at Latitude Festival, and played on the Icon Stage at this year’s Country2Country. She was also named as ‘One to Watch’ by the Nashville Songwriters Association International.

So how did she make the transformation from jobbing gig singer to the heart of Nashville?

“I quite literally sent my music to anyone that would listen to me and I’ve never been afraid to knock on doors and ask people to help. On a whim, I sent my music to Tom Moran at the Inside Nashville podcast and ahead of my second visit he had set up all these meetings for me with publishers and labels. I had written to all the writers I was desperate to write with and suddenly, I was there,” says Wright.

“I even wrote to Ron Block, Alison Krauss’ manager and he said he had listened to my music. I was really disappointed because she was playing a gig in Nashville and it was exactly a day before I landed, so I just missed her.

“I’ve always had a big sense of adventure and although it was quite daunting at times, I’ve learned I’m capable of doing things. Little girls are taught to be extra careful, but most of my music career has been about me doing it for myself and making the most of those opportunities I’ve created.”

Although the bright lights of music city were clearly calling her, she admits that while the first visit was all about being a tourist and simply enjoying the music, her second stay, hunkered down in a motel looking for inspiration, prompted her to see a different side.

“When you are a country music fan you have a fairy-tale idea of what Nashville will be like, I still loved it the second time around, but I did see the downside too and you have to have a thick skin,” she says.

“What I did notice though, was that in the time between my two visits, the TV programme Nashville had taken off here in the UK and it was really exciting because there were so many more conversations about the crossover between country music in both countries.”

Like any good songwriter, Wright channelled her experiences into Tennessee, the haunting song she co-wrote with Kaity Rae for her second EP Mind of Mine, released last year.

Speaking of EPs, Wright says it was the self-funded launch of her first EP, Wednesday’s Child in 2017 that gave her her breakthrough moment. Two of its songs were recorded in Nashville and two closer to home in Southend, giving both a US and UK flavour to the music.

“It really put me on the map and I felt that overnight people were taking me more seriously. The song In the End seemed to resonate with a lot of people and the EP got me the Latitude gig,” she adds.

Her star was in the ascendancy as she spent 2018 opening for Cam, Eric Paslay, Ward Thomas and Phil Vassar and playing events such as Black Deer Festival, while still finding time to write, record and release Mind of Mine.

Staying true to her roots

When it comes to her own sense of style, Wright is very clear. “The Americans are already at the top of their game and they don’t need any girl coming over from the UK and pretending to be from America,” she says.

“I was always very honest in that I want to write and sing UK country music – I grew up in Romford and there aren’t many trucks and dirt roads there. In my view there is too much focus on being and trying to sound American, not that that is bad, but a listener knows when someone is being truthful.

“You have to talk about things you know. When you find a songwriter who has that country twang that comes from their own heritage, that’s what I think will be the turning point for making UK country music a really genuine success.”

And with that in mind, she cites Ward Thomas and Twinnie as two of her favourite artists doing exactly that. 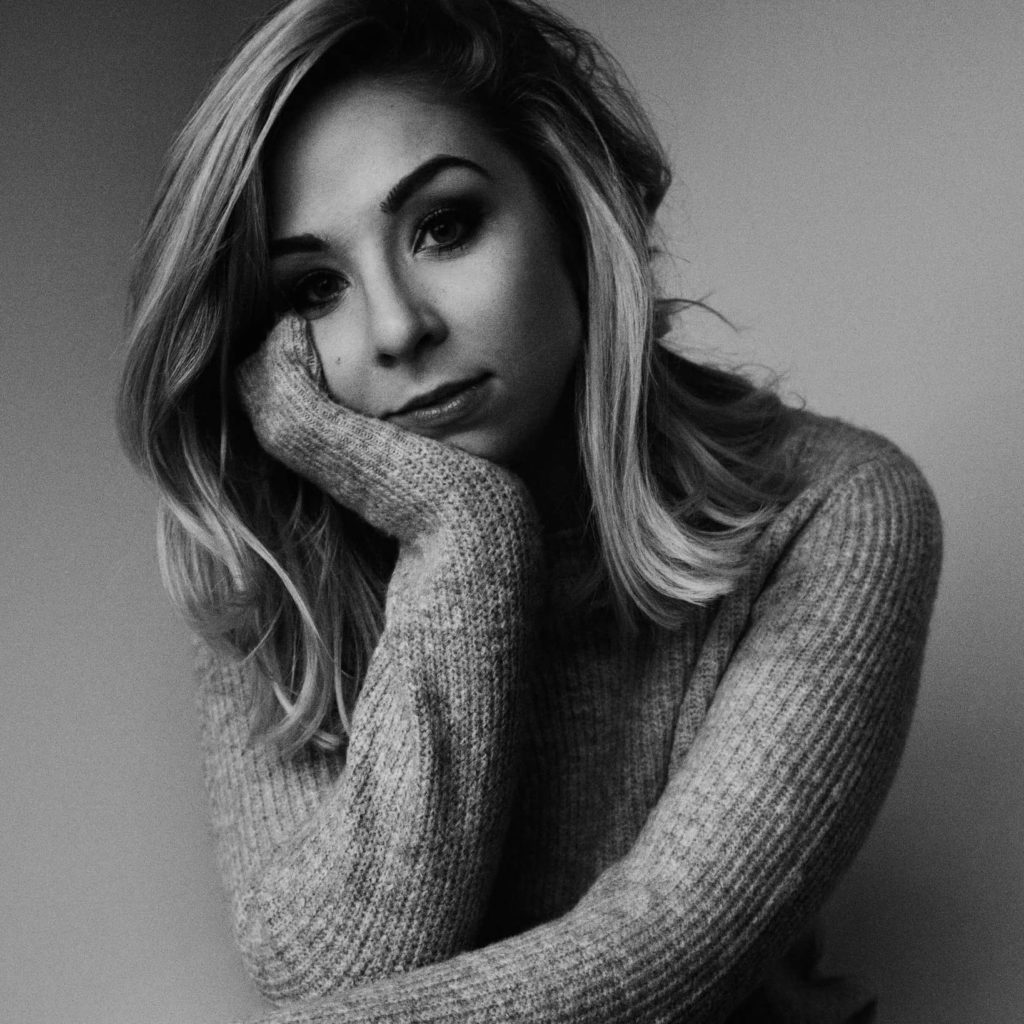 This summer is all about building on her relationship with new manager Chris Dickenson, writing more songs – both on her own and with the co-writers she has lined up – and showcasing new music.

“The plan now is to get as much material together as possible, I’m not planning any festivals but I have some amazing support gigs lined up, including of course Jillian Jacqueline. I am so excited to open the show for her in London as I think she is absolutely brilliant and I’m completely buzzing about it,” she says.

“I’m working with Chris and building up my connections so I can really feel that force next year. I’ve got in with some amazing writers and feel like the ball is really rolling now. When I’m writing, it’s about having an idea and then finding the rhythm.

“The lyrics are so important to me, sometimes I’ll write a poem but while that might be a nice idea, they don’t always translate into melodies. Sometimes a song can take hours, then it suddenly comes together; other times it can take 20 minutes.

“When I’m deciding on new music to record I like to get them out live to see how they go down with the crowd, although given I’ve released EPs rather than albums so far, it’s not been too tough to pick just four songs. Once I approach an album that will be a lot trickier.”

One thing you won’t find just yet though in Wright’s repertoire is the traditional heartbreaker/love song – she might be 27 but says true love (most often a fertile hunting ground for songwriters) has escaped her so far, and given she likes to write about things she knows…

That aside, topping her wish list of future co-writers are songwriter and producer Jessica Sharman, who played a significant role in the success of Ward Thomas’ album Cartwheels, and Jamie Scott, who has written for Niall Horan and many other top names.

Unlike some, Wright prefers to aim for success as opposed to fame and says she can’t think of anything worse than walking down the street and constantly having to look over your shoulder.

“Of course I want to be successful, I’d love to fill out the Opry and the Royal Albert Hall, but I also want people to know my name, to know it stands for good country music and that I have something to say,” she continues.

“I think that when people look at a career in the arts, they think you are either mega successful or you are not, they aren’t aware there is a middle ground where someone can earn a decent living – it doesn’t have to be everything or nothing.

“I know from people I’ve talked to that you suddenly have all this pressure to be the front-runner – in general these days there is so much pressure put on you – and you lose sight of the stuff you should be focusing on.

“I’m someone who takes things as they come – I like being the under-estimated one and I’ve always had a quiet confidence that it would work out for me.

“My plan is to build a long-term career in music and I have all the time in the world to do so.”

Strong words from this powerhouse of a girl who still lives at home with Mum and Dad and who she credits as “literally giving her their last penny to help make her dreams come true”.

And given that 2019 started with her playing at Country2Country – an experience she describes as incredible – I think it’s safe to say that Lisa Wright is definitely not one to be under-estimated. 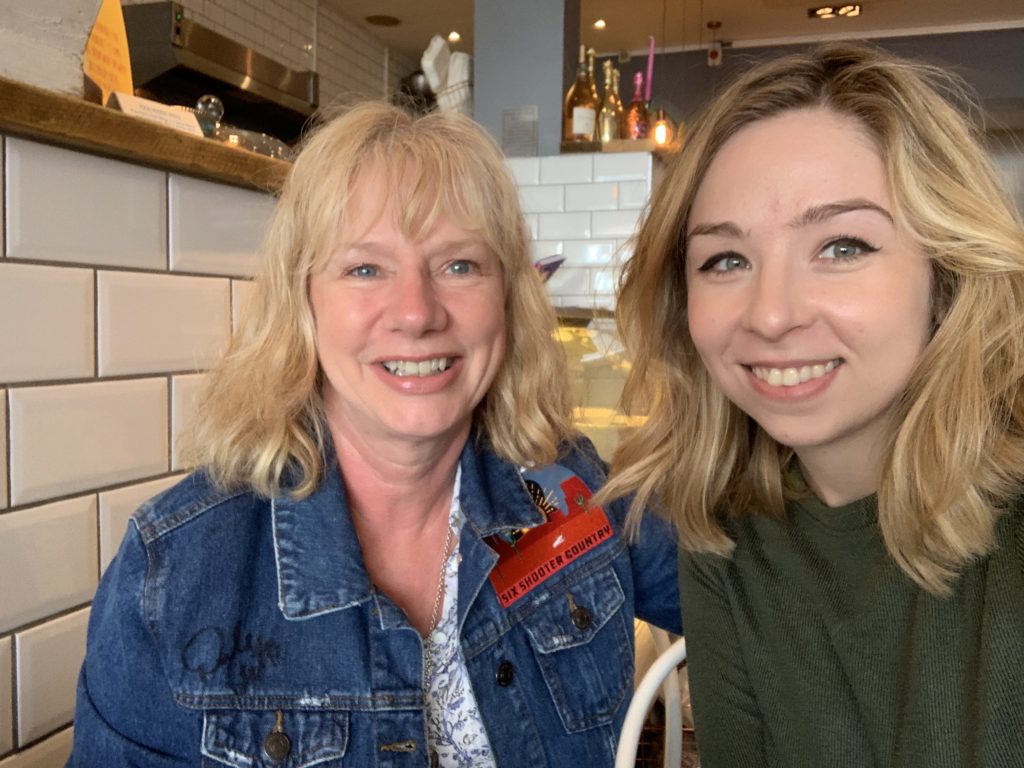 One thought on “Lisa Wright: We talk with the UK country artist about her experiences, opportunities and ambitions.”