Ok, let’s be clear from the off. If you generally go to gigs to get drunk, get rowdy and have trouble remembering the next morning what happened the night before, then this was probably not the occasion for you. Two singer/songwriters whose speciality is honest, revealing and most of all personal lyrics performing solo in a small, underground venue should probably be enough to tell you that. 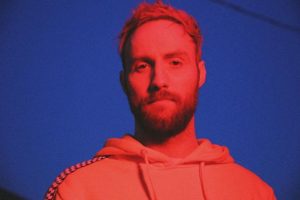 Georgia-born Katie Pruitt opened the night, each of her songs in some way a snapshot of her thus-far short but not un-eventful life, growing up in the American South as (in her words) “a closeted gay girl”. Songs like “Grace Has A Gun”, “Normal”, “My Mind’s A Ship That’s Going Down” and “Loving Her” are all moments viewed through her own lens, delivered with a pliable voice that is at times angelic, at others all fire and spittle. She introduced each song quite directly, leaving us in no doubt as to the events that inspired them. Very revealing, very brave. She backed herself with some dextrous guitar playing, and she was a well-judged opening act who went down very well with the relatively small but enthusiastic crowd.

So, to Ruston Kelly. He describes his music as “Dirt Emo”, and I guess that’s a fair description. His lyrics tend to be either self-analysing or self-presenting – he’s never trying to be someone else. He inhabits his songs, rather than simply relating them as a storyteller. Much of the set is taken from last year’s “Dying Star” album, which was born out of an accidental drug overdose. Kelly often refers to the album as part of a redemption, and songs such as “Cover My Tracks”, “Paratrooper’s Battlecry”, and “Blackout” all draw from those earlier, darker times.

The trick to Ruston’s set is that, just when you think it’s a little bit down and introspective (i.e. the Emo in “Dirt Emo”), he pulls out a song like “Faceplant” or “Asshole” to completely turn things around.  “Faceplant” has a repetitive, almost nursery rhyme style and deals with the aftermath of a “lost” couple of weeks. The playful tone of the melody is in complete contrast to its subject matter. It’s a slightly bizarre singalong song, but in this setting that’s what it is – a singalong song. “Asshole” recounts an incident when he was arrested and had to be bailed by his wife. You can imagine that might have been a somewhat awkward experience but he makes a very funny song of it, and he makes it at his own expense.

As well as the acoustic guitar, Ruston played a number of songs on a keyboard. That change of sound also helped to break up the evening. It was also great that he was able to include the harmonica in a few songs, its plaintive howl filled the room and poured extra feeling into the evening.

Alongside the tracks familiar to the audience, the set was sprinkled with a few new songs. Ruston let us know that he’s already writing the follow-up to “Dying Star” and he’ll be in the studio in the autumn. Cuts such as “Morphine” and “Hellfire” could make it onto the album – as Ruston put it, he was trying them out on us. The plan is for a UK tour to come with full band. It’ll be very interesting to compare that tour to this.

I think it’s quite firmly established now that UK audiences are quiet while the artist is playing. Kelly has been known to tell individual audience members to shut up during a set, and it’s probably fair to say that most people would applaud him for that. There was no need for any of that on this occasion. It was a very attentive and respectful crowd – so much so that it could have been unnerving. “You’re so quiet, I can hear you aboutto fart”, as he eloquently put it.

It doesn’t get any more real than for an artist to play on a stage, alone, with just your chosen instrument between you and an audience so close you can touch them, even smell them. Whatever you’re going to play, it has to be right. It has to connect. It has to deliver. YOU have to deliver. It’s all on you. You’re completely exposed. If you’re faking it, they’ll know. Well, both Ruston and Katie delivered in spades, seemingly effortlessly. The setting was almost tailor made for the material. If the next tour is with a full band, then it’s certain to be in a larger venue than this. This was a rare opportunity to catch performers of this standard in such an intimate venue.

She Only Wants Me When She’s Stoned