In Part Two of our Interview, Baylen Leonard Tells Us About The Long Road Festival, His Favourite Interviews and More!

In the second part of our chat with the country music broadcasting icon, Baylen tells us about The Long Road Festival and the hard work it takes to plan, shares his favourite interviews and much more! 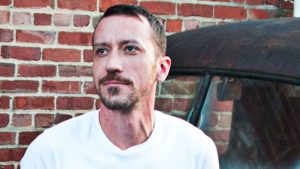 Let’s talk The Long Road, what’s it like behind the scenes? Who gets the enviable job of picking what artists to book?

I decide the acts. That’s one of my main functions, deciding and picking the line-up. That’s not to say I don’t discuss it with people! There really isn’t any kind of politics involved in it. It really is how can I get the most well-rounded line up that I can, that covers this whole broad range of Country, Americana and Roots music? There are acts that I book purely because I think they’re great, and I think other people will think they’re great if they only had the opportunity to see them. Of course, I mix them with acts we know people already like and that have been here and have a fan base, because you want it to be exciting but also want it to be that festival of discovery. I sit down and think, “who would be my dream line up?”, and then we work from there! Of course, you have to factor in things like schedules, and some artists already have gigs, or maybe they can’t do it this year, but they want to do it next year. Then you start moving these puzzle pieces around until you have this fully formed picture of it all.

So, you have to work quite far in advance to fit around artists schedules?

Yes, to be honest it doesn’t really stop. I’m already having conversations about 2020, seeing who’s interested and available. I’ve put together a lot of things before but never anything of this size, and the response was amazing. I thought, “OK, this isn’t just in my own head”, other people agree!

There’s really no down time at all, last year two days after The Long Road had finished, I was on a plane to Nashville working on this year’s festival, and I’m just getting ready now to go to Nashville in a few weeks for CMA Fest to work on next year’s festival! It really doesn’t stop. But that’s exciting and now we’re two years in the buzz in Nashville is really good, and people are starting to approach us about wanting to play. It’s a lovely position to be in, because of course, year one, you’re out there telling people, “Hey this is the vibe and this is what we’re going to do, and it won’t be like anything else”, but then once people saw what we’d built and the response to it, those conversations have been a lot easier this year.

Hopefully that’ll just build year on year, maybe even get the Queen herself over in a few years?

So, you’ve interviewed plenty of the greats, including Dolly, is there anyone on your bucket list that you’ve yet to interview?

Loretta Lynn, I really worry though that it’s not going to happen, but I would love too. A couple of years ago actually I had an interview all set up with her, she was headlining a festival in my hometown and it was all arranged for me to interview her on her tour bus before she went on stage, I couldn’t have been more excited about it. That was the year that she fell and broke her hip and ended up cancelling her appearance at the festival and so, therefore, the interview didn’t happen. She would be the one that I’d love to sit down with, she’s such a bad ass trail blazer, singing about things that weren’t really allowed to be talked about by anybody, let alone a country woman singing songs about them, and she just didn’t care. She paved the way for so many artists and is still, in my opinion, as relevant today as she ever was.

It’s no secret that you’re being pipped to take over from the Mighty Bob one day, how does that feel to think you are being looked upon as one of the legends?

There will only ever be one Bob Harris. He’s been doing this for such a long time, and he brings such gravitas and importance to it, but is also such a fun person with this abiding love of the music. I’ll never be him and am just happy to be part of it all, I think we both have the same approach to it; finding music that we’re excited by and just want to share with other people and have them be excited about it too. It’s also a great privilege to be able to give artists a platform to do what they do. It’s always been a joy to sit by his side and do the shows we do together, and his embrace of me has been amazing and so kind. I consider him a friend now. He’s so cool and laid back, so chilled about his importance, and I think that’s something anybody can learn from. I hope he continues to do what he does forever, I’m just happy to sail in his wake.

What’s your favourite album to be listening to at the moment?

It changes every single day, what I’ve been listening to this morning is Sam Outlaw’s new EP, which just came out, I’m really loving that at the moment. Also, Caylee Hammack who is a new artist out of Nashville. She’s got this fantastic song called Family Treewhich is great, a little more on the pop country side of things, but still an amazing storytelling song which is what country music does so well, and whether it does it with a drum beat or a banjo then I’m pretty happy! Those are the two that this week I’ve been really digging.

I’ve also been listening to the new Cam and Diplo song, that’s taking this whole combining of country and dance music to another level and will open up the genre a lot. I think it will bring a lot of people into the genre that maybe didn’t think they were into country music, I’m always interested in artists that can do that as well. I could go on and on!

I’m really into Rayland Baxter at the moment, he’s got this fantastic album which bridges this gap between Country and Americana, it sits on that side of the fence. It’s also fantastic to have Brooks and Dunn back with the Rebootalbum. It’s amazing to see that connection between a legendary act and be reminded of all those songs that were so important, and then combining that with those artists of today and what they’re doing. The version of Neon Moonwith them and Kacey Musgraves is just phenomenal and is probably gaining loads more fans for both of those artists which is great.

Do you have any guilty pleasures?

I mainly listen to country, either for work or for pleasure. One thing that always surprises people is that if I ever mention anything that isn’t country! I’m really into new wave, and probably my favourite band of all time is The B52s. They’re a band from Georgia, and certainly have an approach to music that is Southern at its heart in some ways but also so vastly different to country music.

I don’t think it’s even guilty, I’m quite loud and proud of all that stuff! I know it’s not the cool thing in music to have all your doors open but if it’s good, regardless of what it is, then it’s good, and I know there’s loads of purists that would frown upon that sort of stuff. I think there’s something about music that is a little intangible, it either speaks to you or taps into something emotionally or it doesn’t. And if it does, then that’s amazing, if it’s Celine Dion or the B52s then that’s great, same if it’s Hank Williams or Johnny Cash, that’s the whole point of music surely?

You’re a radio presenter, TV personality, festival organiser, DJ. I think you might be the Country Music Jesus that Eric Church sings about! So, what’s left for you to conquer? Are you a country singer waiting to be heard?

No, I’m not! I don’t play any instruments, I can kind of play the spoons as I learnt that growing up, but I definitely need to practice!

Maybe we can see your debut on the Front Porch stage at The Long Road?

Ha-ha yes, actually there’s this amazing spoon player from back home that I’ve been trying to get to come over, I also really like that it ties in. I’m all about bridging the gap between the UK and the US and showing that country music and the roots of it were here before it even got to my home town of Bristol. Spoon playing was a cockney thing and there’s Irish legacy with it too. The same with clogging and flat footing and that whole form of dancing, we had both of those at Long Road last year and they will be there this year too. I love how that sort of thing, depending on your view and where you’re looking at them from, are either really Southern or really British or really Celtic.

However, I don’t think I’m good enough to play the spoons on the Front Porch just yet! I have no secret ambition to be a country musician, I just want to play it for people and let them enjoy it!

I see how hard it is for artists, I think it must be amazing for them though, how they can use song writing and performing as therapy. You can really get out some of the things that are building inside of you, or things you don’t know how to say to someone, out. You can really portray that in a song. It must be an amazing feeling to have. I’m certainly envious of having that outlet but have zero ambition and talent to do so!

Stick to what you know! We won’t be seeing you at Country-oke at Long Road then?

I can talk and I’ll stick with that! Not even a little, although that country-oke is fun times, maybe I’ll be down the front with the spoons!

I can’t wait for this year’s Long Road Festival. The line-up is great and for me it was an amazing experience last year as I went solo and met up with a group of girls I’d never met (who are now like family) so thank you!

That’s amazing to hear, that’s exactly what I wanted it to be. I want it to have that feeling when you’re there, to feel like you’ve found your place and your people. This whole thing of coming on your own, and finding your community and making friends, I wanted to make sure that friendly vibe was at the festival, that this is a place where you can do just that. This year again we’ll have the flying solo mix and mingle meet up, so for people that are coming on their own we’re giving them a place where they can all come to at a certain time, get to know each other and have fun and games, and they won’t feel alone from that moment onwards. I’m really pleased to hear that you had that experience last year!

Thank you so much for taking the time out to talk to us today!

Thank you too, and thanks for supporting it all, I really appreciate it.