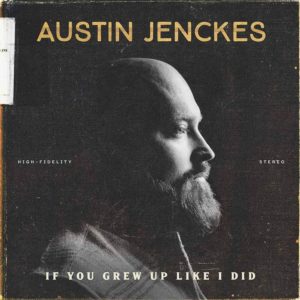 When you’re asked to review the debut album for an artist you’ve never listened to before, you literally start with an empty head and a blank sheet of paper. No preconceptions, no ear worm driving you mad in advance, just an open mind and that feeling of anticipation to find out if you’re on the verge of a new obsession.

His debut album, entitled If You Grew Up Like I Did, is released this Friday (May 31) on the Red Dot label, just two days after he joined our home-grown Lisa Wright on stage at the Nashville Meets London residency. (Click here to read our recent interview with Lisa)

Describing himself as: “I’m just a guy with a guitar singing songs”, Jenckes does what he says and much more with an emotional intensity hewn from tough beginnings and a determination to succeed.

To a large extent, the album is autobiographical. With the exception of the single Fat Kid, which was co-written by Lori McKenna, Neil Mason and the late Andrew Dorff, Jenckes wrote or co-wrote every song on the album.

The upbeat first track We Made It, perfectly showcases his melodic voice and tells the story of a couple’s struggle to ‘make it’ in the face of adversity – “you and me against the world, hey we made it”, is all about sticking together and achieving your dreams.

And then, having wound it up on track one, the second song slows it down – Never Forget is a gentle and smooth love song to a girl in a red dress.

Jenckes grew up in a small-town suburb of Seattle, moving to Nashville just six years ago to focus on his dream of becoming an artist. American Nights reflects the story of that adolescence from “small town dreaming” to “faded Levi’s, worn out shirts” and “earning our stripes from beneath these stars” – you’d have to be having a tough day not to love this one.

Track four, Fat Kid (featuring Lori Mckenna) was released as a single back in March and Jenckes loved it so much he used its lyrics for the album title.

He was the first person to hear Fat Kid and says he connected with it straight away: “Fat Kid represents all the versions that I see of myself growing up and I felt like I could be every person in the song. There’s a difference between writing a song about the world around you and then seeing a song that is about you.

“I’ve always been the kind of person that feels compelled to say what I want to say and write songs that I want to write. As soon as I heard the song, I was just like, ‘Man, it just sums up everything that I feel like I’ve been through in my life.’ And it was the first time that I had heard my story right in front of me so clearly.”

As to the song itself, it is an ode to growing up – from smoking pot, to feeling like the math nerd and the fat kid – one to take to the heart and McKenna’s own vocals add a real richness and depth, a delight to hear.

Bet You’d Look Good is a great tune with a wonderful beat, while Never Left Memphis is the perfect vehicle for Jenckes’ soulful harmonies – listen out for some great guitar solos.

Slowing it down, track seven If You’d Been Around, touches on the heartache of his father’s death when Jenckes was just a teenager. The tragedy followed his parents’ divorce and Jenckes says that as he had always done, he turned to music as his principal refuge. The result is effectively a love letter to his father: “pictures of someone I barely knew”, “if you’d been around, maybe I wouldn’t have grown up so fast” – a very gentle and touching storytelling song conjuring up parallels with the legendary wordsmith Jimmy Webb. 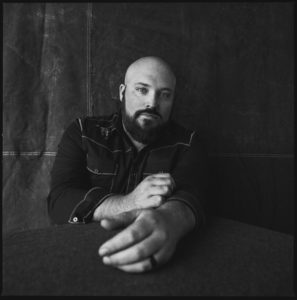 Penultimate track There’s A Song is one to sit and listen to in the garden on a summer’s night (or in front of a roaring fire next winter), loving it for its gentle lyrics, beautiful rhythm and warm, soft music. Just a man and his guitar wrapping his magic around you.

Bringing an end to this superb album is Ride Away. The opening lines “the world’s so big, this town’s so small, if you circle the square you’ve seen it all” is another homage to small town life and the opportunity to grab your girl, escape its confines and hit the highway. This is the perfect road song.

Jenckes has already been named one of Rolling Stone Country’s ‘Artist You Need To Know’ and has performed alongside Ashley McBryde, Brothers Osborne and The Cadillac Three. His star is clearly on the ascendancy and the good news is, this September Jenckes will be back in the UK for four gigs, including The Long Road Festival – catch him while you can.