With less than a month to go before Essex’s brand-new Dixie Fields country festival opens its gates for the two-day event on July 12 and 13, Six Shooter Country catches up with co-founder Georgie Thorogood for the latest news and views. She talks about flying the flag for female singers, giving aspiring songwriters the chance to play their own music in front of industry experts, and offers the chance for Six Shooter Country fans to win two one-day tickets worth £55 each.

So Georgie, how are the preparations going and is Essex ready for its first country music festival?

I think we’re nearly there – the dressing of the festival, the flags, the signs and all those things are in hand. Ticket sales are healthy and we’re quite happy with where we are at the moment.

As to whether Essex is ready for us – it is a country music festival, but we also wanted to make it attractive to people who wouldn’t necessarily think about coming to this type of event. We want them to join us because it is something different, it’s on their doorstep, and it’s a great chance to enjoy good music on a summer weekend.

Even the Daily Telegraph featured us in their line-up of Britain’s 50 Best Music Festivals 2019 – which was very exciting.

You announced a songwriters’ workshop on the Saturday morning, tell us about that.

We wanted to do something a little bit different from the usual, so earlier this year we teamed up with one of our stars Megan O’Neill and her Around the Sound podcast, to invite young and aspiring songwriters to submit their best song to us. Applications have now closed and the songs have all been sent to our judging panel, who are busy choosing the best five or six. Those people will be invited to come along and play on during our Saturday morning brunch in front of the panel and receive feedback, constructive advice and comments. 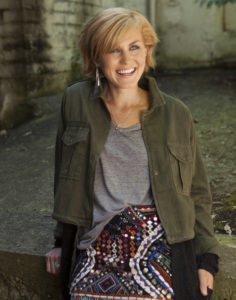 Can you tell us who will be on the panel?

It will be Megan, together with American singer-songwriter Jackson Michelson and Nick Cantwell from Belles and Gals.

It’s a great idea, what made you do it?

A few reasons – we wanted to make the festival as accessible as possible to up-and-coming country artists. We were contacted by so many people who wanted to have a slot to play but we couldn’t accommodate everyone, this was a way of encouraging those people who wouldn’t necessarily get that break or opportunity to play at an event like this. Plus one of my younger brothers is studying songwriting, so I see the hard work that goes into creating the words.

Separately, we’ve partnered with MHMG and brought in a mobile recording studio, so anyone can book a 15 minute slot to record a song (theirs or someone else’s), they don’t need to bring any instruments, and they can find out what it sounds like, which we think will be great fun. We’ll even be reviewing the recordings and the winner will have the chance to play at Dixie Fields 2020.

When we last spoke, you had already announced Lauren Alaina, Holloway Road and others but since then, you’ve added Ward Thomas to the bill. That’s quite a coup.

I saw them in Cambridge a couple of years ago and loved their music, then I saw them at The Junction earlier this year and thought they were absolutely brilliant. Obviously since then they’ve been touring overseas with their new album and been supporting Jack Savoretti, I just thought they would be a big hit at Dixie Fields and was delighted when they said yes.

There has been plenty of talk lately about how females are under-represented in country music. Dixie Fields is certainly flying the flag for female singers, was that a conscious decision?

Not as such, although as we have gone along I think it has become more important to me. I do think females in Nashville and in country music generally get a rough deal. You have Carrie Underwood, Kacey Musgraves and Maren Morris, who of course are massive stars, but if you listen (as I do) to the Spotify Top 50 hits from Nashville there are very rarely any female singers on there and it isn’t right. There is a massive depth of talent of female artists, both in the UK and abroad and I wanted to do my bit to help promote them. 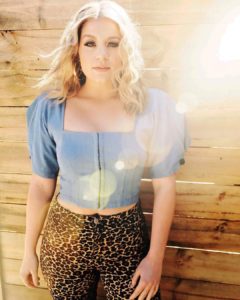 You certainly have a great female headliner in Lauren Alaina.

Absolutely, I think she is very inspirational and her team has been very supportive, so we’re very much looking forward to hosting her.

All the artists are very friendly and approachable, the Remember Monday girls are lovely and did a great video about the festival.

Jackson Michelson was really keen to come to the UK, his songs are 100% catchy and just the type of music I love, so this is the perfect opportunity to introduce him to the UK country music scene.

What else can we expect?

We’ve finally chosen our Friday night film, which will be Road Less Traveled – of course starring Lauren as a country singer – so we hope that will get us off to a great start.

We’ll have Steve O’Connor and Hannah Paris playing that first evening and a chance for everyone to have a go at Country Karaoke on the Big Top Stage.

Saturday morning is the Songwriters’ Workshop with Megan, and then Remember Monday kick off the music at 12 midday with bands playing all afternoon and evening.

We’re mixing it up a bit with a break between Holloway Road and Ward Thomas for Dixie Fields Line Dancing, we’ve invited a local line-dancing group to run some classes, which should be hilarious; plus there’ll be a fairground, a bucking bronco and a few stalls, as well as plenty of foodie options, including authentic dishes from the deep South and good old English ice-creams!

To help festival goers get in the mood, Georgie has put together Dixie Fields’ very own playlist

How to win tickets

To win two one-day tickets for Saturday, July 13, all you have to do is head over to the competition post on our Facebook page where you’ll find full details of how to enter. The competition closes on Monday 24th June, so get entering – and good luck!

Six Shooter Country will be at Dixie Fields bringing you news and views as Essex goes country!