Luke Combs – The Prequel EP Review: Paul Vents His Feelings on Why The Prequel Didn’t Work for Him

There has been a lot of hype leading up to the release of The Prequel EP from Luke Combs. Thank the Lord for social media I suppose. So, now it’s here, what do we think? 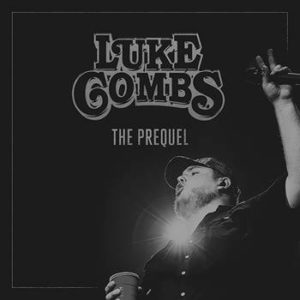 I was expecting an explosive few tracks, I must confess. Having heard and loved Beer Never Broke My Heart I was honestly looking forward to an EP I could really sink my ears into. However, the more I listen to this the more I’m starting to dislike it.

I want to like it, I really do. I loved his first release, This One’s For You but, after realising Beer Never Broke My Heart is clearly the strongest track the rest seem pale and a little bit contrived by comparison. It just seems like the gang got together and decided they’d write “some country songs – yee haw”.

“But they’re meant to be country songs, he’s a country singer”, I hear you protest. But, if I may point out, his former offerings were great songs in a country style. I saw on Facebook someone say, “He could sing the phone book” and they’d enjoy it. Well for me Refrigerator Door is close enough. It’s just a list. Now, don’t get me wrong, people will relate to it, I get that, but it just seems ‘churned out’. And when I heard the first verse of Even Though I’m Leaving I almost cringed, knowing exactly how the song would end. And I was right. (Don’t worry I won’t spoil it for you) But it’s no Crystal Shawanda – You Can Let Go.

Lovin’ on You is a good solid track I have to say. I can imagine seeing him perform this at the local honky-tonks to great applause. This is closer to the feel of the first album and would sit well in his live set. Slide guitars and a natural country rhythm. It sounds organic and natural.

To say I was underwhelmed by the whole release would be the best way to summarise my feelings towards The Prequel. That said, Moon Over Mexico feels very reminiscent of Toby Keith in his prime and, while it’s not the best track, finishes it off nicely.

I’m not saying don’t listen to this. Quite the opposite. Please do listen to it and gauge your own feelings towards it. I hope you like it. I do worry, though, that Luke Combs may become the poster boy for the “not your typical stadium filling, chisel chinned” singers and we will be told to like him BECAUSE of that fact. Much like hipsters coo and marvel at bad art to appear trendy to each other. I would, however, prefer to like his music for being good, solid and pleasurable to hear. Hopefully his next album will be a more native country sound instead of this somewhat manufactured offering.