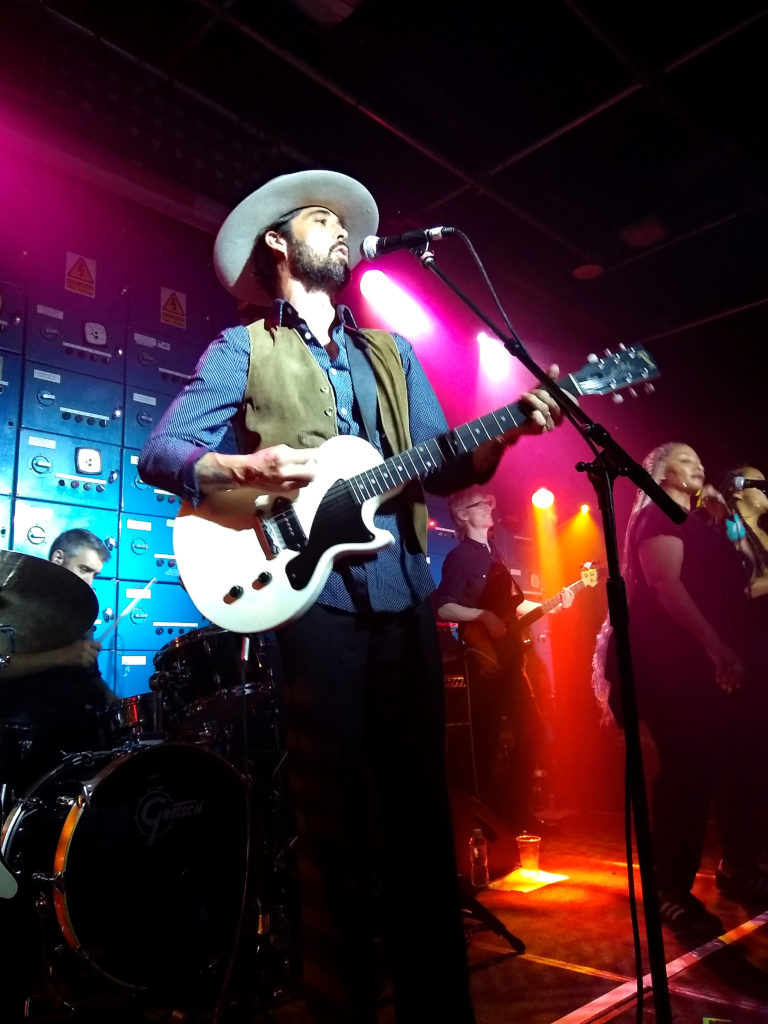 Since it opened in 2012, Gorilla has hosted acts with varying degrees of profile and acclaim, but it’s probably safe to say they’ve never had an Oscar winner take to their stage; or a Golden Globe winner, for that matter. A Grammy winner? Possibly, I suppose. But not all three. Not until now, anyway.

It is 10 years since Ryan Bingham’s song “The Weary Kind” featured in the Jeff Bridges film “Crazy Heart” and led to garlands and baubles aplenty, but he hasn’t rested on his laurels since then. His 2019 album “American Love Song” is his 6th studio album, it’s about as good as a showcase gets (we reviewed it on release) and he included many of its highlights in his set here. In fact, 12 of the 17 songs he performed are from his latest album. That in itself is unusual; the perceived wisdom generally being that the audience doesn’t know the new material well enough and responds better to more familiar items. Perceived wisdom can be wrong, and so it was proven as a crowd some way below capacity lustily greeted the rocking, stomping openers “Nothin’ Holds Me Down” and “Jingle and Go”. Bingham’s confidence in his latest work is rightly justified.

A tight band featuring just guitar, bass and drums was augmented by 2 talented, tightly drilled ladies on backing vocals who brought a whole other level of feel and expression in all the right places. This trimmed down cast of musicians gave a different aspect to some the songs. The chorus of “Blue”, for example, rises like some kind of slow, 70’s glam rock era epic with pounding drum, crunching guitar and those wailing, soaring BV’s all sounding absolutely on point. The bluesy “Hot House” was so much more dirty, sweaty and downright dangerous than the studio recording. Both were high points in the set.

Bingham himself was relaxed with the band and with the audience; relaxed enough to say from the off, “I’m gonna play some folk music, some rock ‘n’ roll, some blues and some country. But not that sh*t about driving tractors”, which brought much whooping from an enthusiastic crowd consisting of fans of all those different genres. He’s happy to scatter the occasional anecdote between songs, like explaining how “La Malagueña” became the first song he learned to play on guitar, taught almost note-by-note by one of his father’s drinking buddies. He played it in what he described as a Spanglish mariachi style as the first of a solo acoustic double-header, along with “Southside Of Heaven” – the only song of the night from his breakout album “Mescalito” and, he told us, the first song he wrote. That’s a high standard to start from.

Being an independent artist nowadays, Bingham is free to follow his muse in whichever direction it leads. The reel-like “Tell My Mother I Miss Her So”, from his earlier album Roadhouse Sun, seems quite lightweight now compared to his newer compositions but it’s a great song to have in the set for contrast and to keep the momentum going. A loose-limbed, free-wheeling “Situation Station” and the slide guitar laden, howling delta blues of “Beautiful and Kind” are songs with much weightier themes but they don’t drag the atmosphere at all.

If there was one disappointment in the night as a whole, it was the size of the crowd. Gorilla is an excellent venue for this kind of gig but it was barely half full, if that. I don’t know what kind of promo was done for the tour, or how well tickets have sold at other venues, but he deserved a bigger audience in my opinion. It may be that the sheer diversity of his influences and the lack of a single, consistent sound across all of his recordings is a stumbling block for some. If that were so, it would be a shame. We need people of Ryan Bingham’s calibre to visit regularly, but it’s up to us to go and make it worth their while.

He kept us waiting until the very last for the song he’ll probably always be associated with. Bingham’s appropriately weary vocal delivery, all melancholy and care worn, made it the perfect way to end the set. It gave space to catch one’s breath and reflect on a memorable night in the company of a man at the peak of his performing and writing powers. 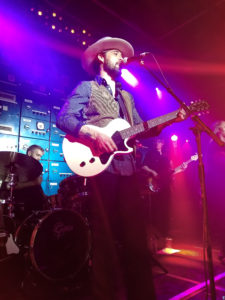