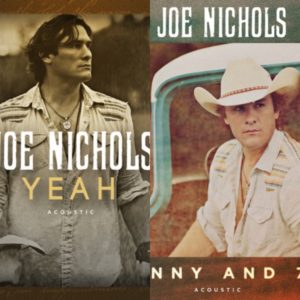 Joe Nichols has announced the release of brand new acoustic versions of two of his hit songs – ‘Yeah’ and ‘Sunny And 75’ – both out this Friday (2nd Aug), the first new music since the ‘Never Gets Old’ album and the ‘Never Gets Old: Traditional Country Series’ covers collection. Fans tuned into the Chris Country Radio breakfast show this morning to hear the premiere of ‘Sunny And 75’, and ‘Yeah’ will get a world exclusive first play on the BBC Radio 2 Country Show this Thursday (1st Aug) from 9pm BST.

Joe Nichols has been gaining international fans and receiving airplay worldwide throughout his career as a recording artist, partly thanks to the huge success he’s enjoyed on the US charts, with fourteen Top Ten singles, six of which claimed the #1 spot, such as hits like ‘Yeah’, ‘Sunny and 75’, ‘Brokenheartsville’ and ‘Tequila Makes Her Clothes Fall Off’. Following a much-anticipated return to Switzerland to headline the Gstaad Festival this September, Nichols will showcase his versatility by going from a summer performing across America at sold-out festivals and arenas – including sharing the stage with Garth Brooks in front of an 85,000-strong crowd in Denver (watch the footage here) – to intimate acoustic shows, playing for fans in the UK & Ireland for the very first time, with the London venue being upgraded due to demand and an additional date added in Killarney – limited tickets remaining for all shows:
23rd September – Thekla, Bristol
24th September – Night & Day Cafe, Manchester
26th September – St Pancras New Church, London
27th September – The Bodega, Nottingham
29th September – INEC, Killarney
Nichols said: “As just a taste of what we’ll be playing over there, I wanted to give y’all a couple of acoustic songs from the previous couple of records; ‘Sunny And 75’ and ‘Yeah’, and that’s a little bit of what to expect coming up for the show – so, hope to see everybody there. I’m excited, I can’t wait!” 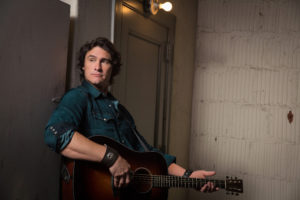