Essex’s very own Holloway Road have been taking to the stage far and wide this summer; from Buck N Bull, to the popular Pub In The Park sessions and even the Spotlight Stage at June’s CMA Fest in Nashville.

They recently released their latest single Lightning and Six Shooter Country caught up with Jack Cooper and Rob Gulston ahead of their appearance at their home county’s Dixie Fields Festival to find out how it all began and what they’re aiming for next. 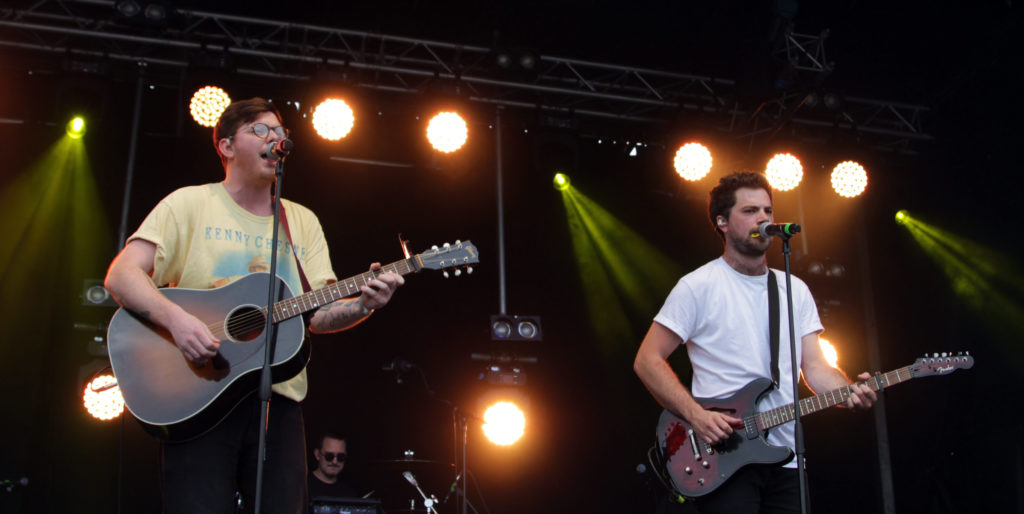 How did you start making music?

JC – We went to school together and we were put in the same class for our GCSE’s. I had a band and asked someone else to play the drums, when he said no, Rob came in and we went from there.

Why country music, isn’t that quite an unusual choice for two Essex boys?

JC – When we left school we were playing punk, sleeping in cars and stuff, but as we got older our music matured. I remember my grandparents line-dancing to Garth Brooks, so I guess it was always there, it’s just that we’d never really explored it. Then one day we got in a room and started busting out some country tunes.

RG – We tried electronic music too, but we’ve always been songwriters and we just couldn’t connect with what we were making, it wasn’t why we started in the first place. I remember being in Florida and listening to country radio, coming back home and thinking these are songs I could see myself singing.

JC – I also think that we took a lot of the best influences and genres and incorporated them into our music.

I know your musical heroes are Florida Georgia Line

JC – Yeah, they come from similar backgrounds and, like them, we enjoy going down the pub with our mates and playing great music.

RG – It isn’t just country, they’re not afraid to take a chance and push boundaries, we really respect them for it, even if people will sometimes hate you for it.

So if you could collaborate with anyone, I guess it would be FGL?

JC – Absolutely, but we’d also like to do something with a grime artist, someone like Stormzy – just to hear what it would sound like. That sort of thing excites us.

Talking of music, Lightning is your most recent single.

RG – We put Lightning out quite quickly after we finished it because we were so pleased with it.

JC – That’s the beauty of streaming, you can just drop a single whenever it takes you. If we like it, we put it out there.

RG – Direction wise, we’ve not figured it out yet, we’ve been trying new things and demoing stuff we’ve been co-writing, we have got bags of songs but there are no immediate plans for another release or an EP. The way we see it, most of our audiences haven’t heard our songs so they are all still new, which is why we’re continuing to push Broke, our last EP, and grow our audience base.

JC – And because we’ve got our home studio, we don’t have to wait for anyone or wait for a budget, it’s just there just five minutes away.

Pick some of your career highlights

JC – I remember when I was about 13, I got a text to say we’d been booked to play at Chinnerys in Southend, it was a real wow moment.

RG – Being picked to play CMA Fest was amazing, we’d love to go back and do it again and hopefully show how we’ve been growing over the last year and get onto a bigger stage.

And other future goals?

JC – Playing on the main stage at C2C would have to be one of them. We’ve played there four years in a row and the launch party, so that would be special. 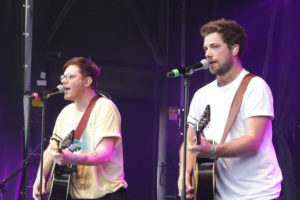 This summer you can catch Holloway Road at venues including:

September 7 – Pub In The Park, London

For the latest news, visit www.hollowayroadmusic.com