Brothers Osborne have announced that their new album, ‘Live At The Ryman’, will be released on CD & digital on October 11th via Snakefarm Records in the UK. 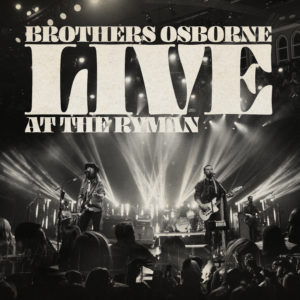 Recorded during the Brothers’ incredible three-night, sold-out run at the famed Ryman auditorium in Nashville earlier this year, the record will feature material from both of the band’s studio albums (2016’s ‘Pawn Shop’ & 2018’s ‘Port Saint Joe’), including the US Platinum-certified hits ‘Stay A Little Longer’ & ‘It Ain’t My Fault’, as well as fan favourites such as ‘Weed, Whiskey And Willie’ & ‘Love The Lonely Out Of You’.

Naturally, guitarist John & vocalist TJ Osborne’s current US Top 40 single / video, ‘I Don’t Remember Me (Before You)’, is also featured; the clip can be viewed HERE

The Maryland natives, now Nashville-based, also performed the tune as part of ABC’s CMA Fest Television Special, and that can be viewed HERE.

Brothers Osbourne: “‘Live At The Ryman’ highlights who we really are. We did ‘Port Saint Joe’ live for the most part, and that gave us the courage to take this on – to record live at the Ryman and see what would happen. Is it perfect? No. Is it right? We think so.”

‘Live At The Ryman’ Track-listing: 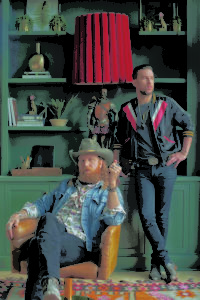 Brothers Osborne – who made their debut appearance at the Download festival this spring, the UK’s premier rock event – currently reigns as three-time CMA Vocal Duo of the Year, in addition to being named ACM Vocal Duo of the Year the past two years. Overall, the siblings have collected four CMA & five ACM trophies, and stand as five-time GRAMMY nominees.

Along with their regular touring & recording band, they are set to reunite with Chris Stapleton for US dates later this autumn, and will also open select US dates for Willie Nelson including the legendary Farm Aid on September 21.

Click HERE for an inside look behind Live At The Ryman and HERE to listen to a special playlist.