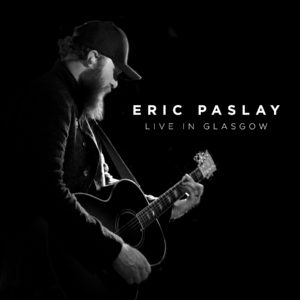 Grammy nominated singer-songwriter Eric Paslay is revealing the details of his LIVE IN GLASGOW album just days ahead of launching his overseas “Nice Guy Tour.” The tour will take Eric across Australia, Germany, Ireland, the Netherlands, Scandinavia and the United Kingdom, and fans attending the shows will be able to purchase the album. The project was recorded during Eric’s tour in Europe last summer and contains ten of his most treasured songs including four of his five #1 penned hits. The album’s US release date & worldwide stream/download release details will be announced soon. For tour ticket details go to www.ericpaslay.com and to see more watch HERE.

“‘Barefoot Blue Jean Night’, ‘Even If It Breaks Your Heart’ and ‘Angel Eyes’ are all songs my amazing band and I have been playing for the last few years but have never recorded together. LIVE IN GLASGOW was a chance to share our versions of those tunes along with many of our other favorites,” shared Eric. “The first time I played in Glasgow I fell in love with the fans’ passion and energy and knew immediately we had to record my live album there.  It was a blast!  If we were able to capture even half of the good vibes that were in that room that night, we made a great record.” 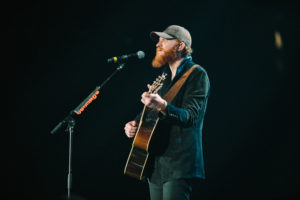 Earlier this summer, Eric performed at several songwriter events for both the Country Music Hall of Fame and Museum and the Country Music Association, signed an exclusive songwriting agreement with Big Machine Music and launched the “Level with Me” podcast to discuss living with the challenges that come with managing Type 1 diabetes (T1D).

ABOUT ERIC PASLAY:
Country artist Eric Paslay delivers a powerful punch as a renowned, Platinum-selling, hit songwriter and dynamic performer. Paslay has celebrated five No. 1 hits including “Even If It Breaks Your Heart” (Eli Young Band), “Barefoot Blue Jean Night” (Jake Owen), “Angel Eyes” (Love & Theft), “Rewind” (Rascal Flatts) and “Friday Night,” the smash lead single from his critically acclaimed self-titled debut album. The Temple, Texas native has earned numerous songwriter award nominations including GRAMMY’s Best Country Song, ACM’s Song of the Year twice and the CMA Song of The Year for “Even If It Breaks Your Heart.” Eric was also honored with GRAMMY nomination as an artist for Best Country Duo/Group Performance for “The Driver”- a collaboration with friends Charles Kelley and Dierks Bentley. A true artist’s artist, USA Today calls Paslay “flat out-brilliant” and American Songwriter names him an influencer of country music. 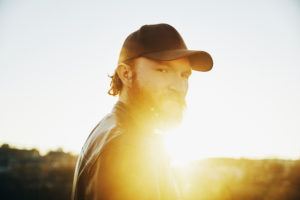