The last time Cam was in Manchester she played at Gorilla – a night that obviously left its mark on her as she referred to it during her set at C2C this year, and again on this evening. For her 2019 return visit to the city she landed in the Academy 2 venue, a part of the University of Manchester Student’s Union building. Compared to Gorilla, it’s less like a club and more like a school hall. Truth be told, as venues go it’s a little bit soul-less.

Opening for Cam on this tour is Sam Williams. Accompanied on stage by a guitarist with a loop pedal, and a couple of Macbooks, it’s not necessarily a typical country gig stage setup – although it might become more common especially for artists coming from overseas as it can allow them to perform to fuller arrangements without having the expense of bringing a full band over.

In case you’re wondering – he is indeed the grandson of Hank Williams, and the son of Hank Williams Jr. Some might find that family tree to be a bit of a burden, but he showed no sense of that here. His set was an interesting mix of his own original material, such as Gemini and Can’t Fool Your Own Blood, and select cuts from the family vaults – namely his grandfather’s Kaw-Liga and a powerful rendition of Jr’s Weatherman. Both the older songs were given new breath with fresh arrangements and Sam’s voice, which is itself a mix of traditional and modern. 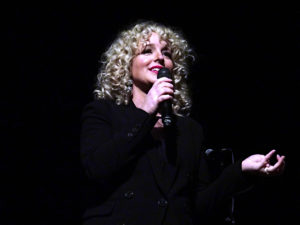 If you’ve never been to one of Cam’s concerts before, there’s something you maybe ought to know. It’s less of a concert, and more of a sort of “An Evening With….” experience. Not so much a straight gig – more a time of some very fine music and song punctuated at intervals by a conversation of sorts with the audience. In a venue of this size she has a rare gift for connection with people on a level that is unlike anyone else in mainstream country music, in my experience. The majority of the 600+ men, women and children in attendance would have come away feeling that Cam was either singing or talking to them and them alone, at least once during the evening.

She has a very natural, unaffected manner – no discernible attempt to keep her own persona hidden or to present a guarded stage character. You always feel that what you see is what you get; “genuine” is the word that comes to mind. Where some artists seem to be in a rush to move from one song into the next, maybe fearing the silence and the space, Cam always seems content to allow each song to have its unhurried moment to resonate and to land.

A cynic might suggest that this is at least partly born from a practical necessity to occupy her allotted stage time. Her last album, Untamed, was released in late 2015 so is almost 4 years old and there have only been occasional stand-alone tracks released since then – so she doesn’t have that huge catalogue of her own material to draw from. Even if that is how the manner and method of her stagecraft have developed, I think I’m not alone in saying that I really don’t care. She’s a one-off in the current era, and we need artists who are distinct from the pack. Many set themselves apart through headline grabbing stunts or some other form of calculated, deliberate action. Cam just does her thing, her way and the clear devotion of her fans is reward for that.

While the set list for the evening consisted mostly of familiar songs, some were given a bit of a rework. Mayday, for example, was slowed down a little and given a harder, more deliberate drum beat which seemed to make it more urgent, as befitting the title.  The recognisable picked guitar intro to Burning  House meanwhile was retooled in a piano-led epic, dramatic style – think Jim Steinman and you’re on the right lines. This was the third time I’d seen Cam in the last 12 months or so, and it’s things like this that help to keep the performance fresh.

The very personal Village was rapturously received here – a song so delicate that you imagine it would get lost in an arena or and outdoor event. There were run-outs too for So Long, this year’s country-tinged dance-pop collaboration with Diplo; and a cover of Myley Cyrus’ Nothing Breaks Like A Heart. Neither song felt out of place in the set, and everything was delivered with that clear-as-crystal voice that shifts between vulnerable and defiant on demand. 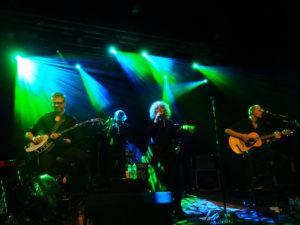 She is of course acutely aware of the length of time since Untamed was released and promised that she has been recording new material. She played 2 thus far unreleased tracks. The tender ballad Forgetting You When I’m Alone went down particularly well, and there was a lot of love for Til There’s Nothing Left too. In truth, both of these songs have been around for a little while now and are sure to be on her next album – it’s just a question of when….

In keeping with the overall feel of the evening, Cam and her band fleet-footedly change the encore to accommodate the fan-requested Half-Broke Heart – an act which really sums up the evening as a whole.  Cam performs at her audience’s pleasure. And for her audience it’s a lot of pleasure indeed.