LANCO have become regular visitors to the UK over the last couple of years, building up a fan base and a following through their dynamic, energetic live performances. BRIAN BENNIE spoke with Brandon, Chandler, Jared, Tripp & Eric shortly before their set at this year’s Long Road festival. 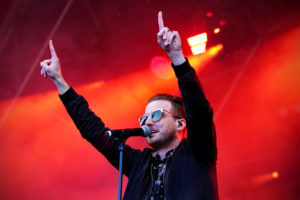 Guys, welcome to The Long Road!

Glad to be here.

How are you enjoying the festival so far?

First of all, it’s beautiful out here. The grounds are so nice and we got the chance to go over by the stage and check it out. We’re really stoked for the show this evening.

Have you managed to take in any of the other artists?

A little bit. We’re friends with a bunch of people on the bill, Morgan and Kip and Eric Paslay so it’s been great to be on the same bill as them and get to see them in a different country. 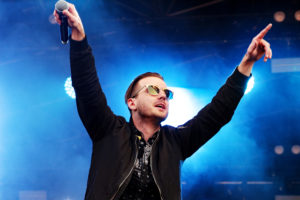 The last time I seen you guys was in Òran Mór in Glasgow, in an old converted church and a really intimate setting. There were only a few hundred people there but you rocked it out …

From the audience it felt like you were playing a stadium gig, going 100% and absolutely killing it ….

That’s kind of been our M.O. since we started, we weren’t always playing bigger shows and were doing a lot of smaller ones. We always want to go out there like we’re playing a stadium and I think people really respond to that.

With you guys gigging and touring pretty much continuously just now and doing so many shows, how do you keep things fresh and stop it from being a bit like Groundhog Day?

(All laughing) That’s a really great reference!  We’ve been drinking some Heineken and that helps! This really is our dream though, it’s what we’ve wanted to do our whole lives and the fact that its actually our job …. If I could re-live a day over and over it would definitely be doing what we get to do, honestly. It’s a dream. 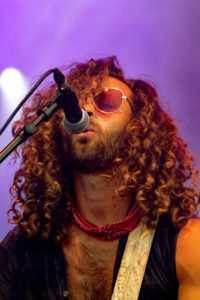 What’s the best and worst thing about touring?

Jet lag is probably the worst. In fact, I don’t know if worse is the right word but the hardest is the travel sometimes, we do some pretty crazy travel days and get pretty tired, early morning flights …

What’s the one thing you miss from home when you’re overseas?

Given that you are so immersed in the music business, are you still able to enjoy it as fans?

Oh yeah, absolutely. We consume music, new music especially. We listen to music every single day. We’re always finding new music. Any chance we get we’re at a festival or a show playing with someone and we can watch, we try to take advantage of that. We still love watching live music too and are definite fans of other people. I would say this career has made us more of a fan of music you know, just being around it so much. It’s all I want to do. I just want to listen to music and do it.

Whenever I watch you guys on stage, you look like you are having the best time. Is it like that off stage too or do you guys have fights and disagreements?

Probably not as much as you would think. If you think about bands, I’m sure that there’s a horror story that you imagine, especially in like, the 80’s, but I don’t know man. I guess there’s a lot of different personalities and we’ve figured out to mesh with each other over the years and I think we’re all just generally happy that we’re doing this.

I’ve talked to some other bands who have talked about getting in fights and stuff like that and I’m surprised that it’s as common ’cause it’s not very common for us. I think something you learn early on is that you have five guys with testosterone and you definitely fight but it gets old cause then you have to deal with it, it’s awkward, your bunk is right across from their bunk, yeah. We just try and have good energy. If we disagree or you can feel that coming on, you kinda just stay out the persons way and it’s easier than having to live in tension.

When are we getting to hear some new music?

Soon is what we say, soon. Honestly though, we have the second record tracked. Now it’s just finishing touches and finishing some of the vocals but hopefully this year, we’re trying to get it out as soon as possible. 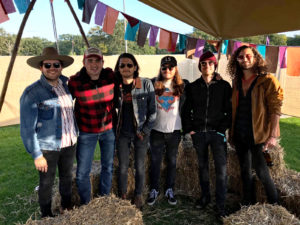