Country, Americana, Southern Rock, it seems that music anywhere near these genres is immediately boxed under a label to make everyone feel a little more comfortable. In the days where many are inclined to throw on a new song or album and immediately ask “is this country?”, Whiskey Myers doubtlessly confuse many. They may even be on the other end of the Lil Nas X scale, they’re too rocky for some to label country. Anyway, genre ramblings aside, they’ve become hugely popular. Grabbing a slot at Download Festival, whilst performing sold-out UK tours. 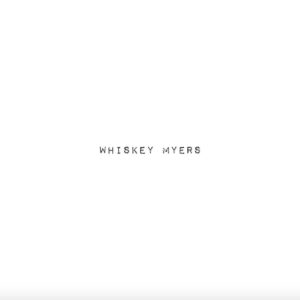 Kicking things off with the fast-paced rocking Die Rockin’ and Mona Lisa, the band could fit in anywhere from Nashville’s Broadway to L.A’s Sunset Strip in the late 80’s. Die Rockin‘ is a band making a statement, they’re here to make rock music, it’s unapologetic and it’s great. Same with Mona Lisa, the dancing slide guitar and big chorus make this southern rock at its finest… Or is it country? Or Americana?

Those looking for a slice of something a little more ‘down home’ will find it in Rolling Stone. A song more country than anything on country radio at the moment. A song title done by everyone from Dylan to Aaron Watson, Whiskey Myers do it proud with a hamornica soaked slice of the South.

Special praise must be reserved for Bitch. As someone frustrated by festivals full of R&B, rapping, click tracked nonsense artists (not naming anyone – I’m showing restraint here). Bitch is the manifestation of Whiskey Myers frustration. John Jeffers takes over on lead vocals and it feels like he’s seen enough, wrestled the mic over and unloaded as he sings “Tired of the radio, same old lyrics, smokeshows, you so country we all know, tailgates and back roads, same shit different day, ain’t nothin’ ever gone change, long as you know that you are still just a bitch in my book”. A contender for song of the year… If Cody Jinks hadn’t released William and Wanda last week.

This album is absolutely relentless. Songs like Gasoline, where lead singer Cody Cannon takes his powerful rock ‘n’ roll vocals for a workout amongst distorted guitars, and Kentucky Gold, an arena filling number, will shake your bones when you turn the volume up.

All this isn’t to say there’s no subtlety on the album. Aside from the aforementioned Rolling Stone, songs such as Houston County Sky get feet tapping and show off the pedal steel at its best. California to Caroline is a powerful ballad that serves as an ode to finding love on the road. It’s the type of song that takes you to those quiet, solitary moments on the band’s tour bus as they roll on to the next town. Whilst Running is a classic American road song that has a tempo that’ll make you want to get running yourself. It has a 70s vibe that’s reminiscent of CCR or Skynyrd at their finest.

Whiskey Myers save their most tender moment for the last track of the album. Bad Weather is a story of looking back on a life filled with regrets and missed opportunities, from letting a loved one slip away to another love “I came to this place fully conscious/Well aware that my actions are unjust/That man up there said I’d have to hold my peace forever/Unless something is said now and stand up” right through to growing old and regretting the way things turned out “That house on the hill there’s a prison/Spent too many years turned to hell/Oh how if those old walls could listen and hear me/Oh how much these old walls could tell/As an old man I know I should reason/But I could torch this old place might as well”. The extended instrumental and guitar solo rounds the song and album off perfectly.

This album from Whiskey Myers showcases just why this band is one of the best live acts on the circuit and they’re now selling out big rooms in the UK and back home in the States. Great songwriting and superb musicianship form the backbone of a record that shows just what they can do. Country music might not be in a place where this type of album can exist, but enough people who are tired of Nashville are in that place. And if you don’t like it? Well, you’re still just a bitch in their book.

4 thoughts on “Whiskey Myers Album Review: The Band Make a Statement, and They Don’t Care Who They Offend”