Brothers Osborne have confirmed a headline tour of the UK for spring 2020; this announcement comes in the wake of a triumphant debut appearance at the Download festival earlier this year, plus two previous sold-out headline runs in 2018.

Starting in Birmingham on May 10th, this latest series of dates sees the Maryland natives playing their biggest UK shows to date, including a night at the prestigious Roundhouse in North London – an historic site that has hosted some of music’s most legendary names, including Bob Dylan & The Doors.

Full list of shows as follows:-
May 10  Birmingham, O2 Institute
May 11  Cambridge, Junction
May 12  London, Roundhouse
May 14  Edinburgh, Queens Hall
May 15  Manchester, Albert Hall
May 16  Leeds, Stylus
A special guest for the tour will be announced in due course. 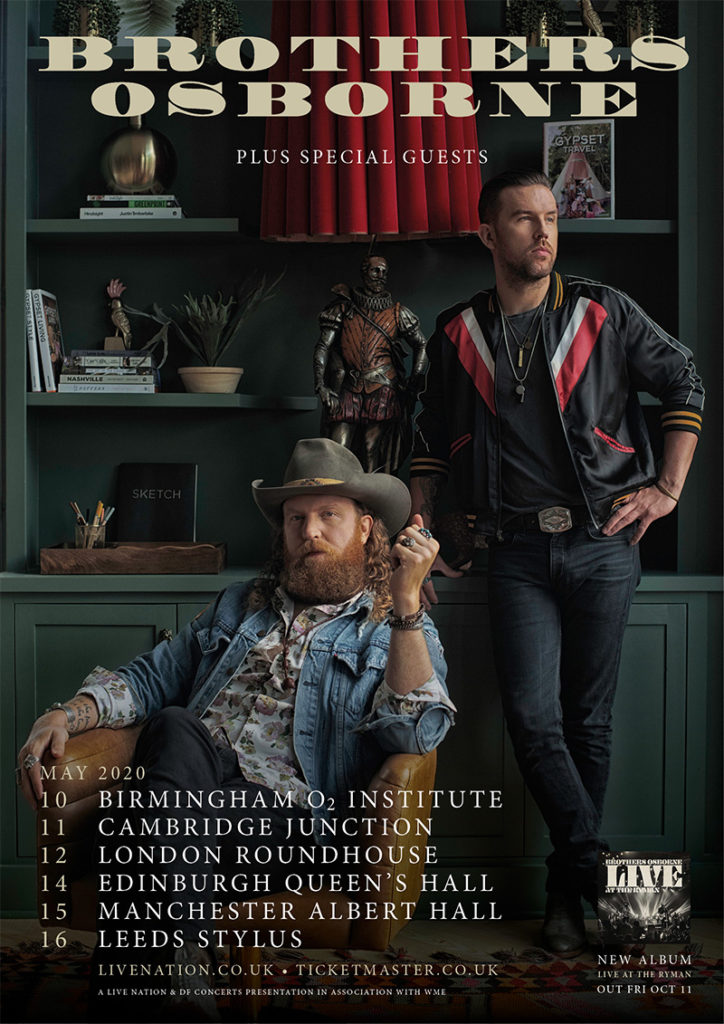