Charles Esten Review: We caught the man known as Deacon Claybourne as he began his latest UK solo tour in Manchester.

When Charles Esten played a series of dates over here in January this year I predicted that he would be back before too long, and playing larger venues. So it has turned out; 9 months later he returned to play halls up to 4 times the size of that earlier tour. That’s impressive, and he had no trouble selling tickets either.

It’s certain that Esten has gathered fans of his character Deacon Claybourne, from the TV series Nashville. It’s also fair to say that if all there was to Charles Esten was Deacon Claybourne, then support would gradually fade following the end of the TV show. Instead, Charles’ commitment and strong work ethic have ensured that there’s a wealth of his own material to be discovered.

There’s one major difference between this tour and the previous one. In January it was just Chip on guitar, and occasionally piano, with the Adelaides lending their talents to a number of songs requiring a female vocal. This time the Adelaides are back, but Esten has also brought a full band over with him. Led by Colin Linden, it allows a full makeover to the set list so it’s almost a whole new tour. 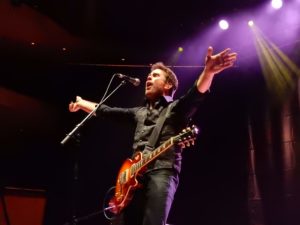 Having the band on side also releases Esten from carrying the weight of the music. He still plays, of course, but he’s freed up to give more of himself to his performance and delivery. Set opener Buckle Up is a perfect example as he hits the rocking groove of the song from the off, throwing the guitar around and pacing the stage with the confidence and attitude of a man who knows the guys behind him have his back.

All eyes are on Chip and he’s there not only to play the songs, but to perform them.  Current single A Road And A Radio makes an early appearance, and even though it’s a new song there’s plenty of people singing along. For those who aren’t familiar with it, everyone can join in with the “Oh-oh-oh-OOOH-oh” refrain. It’s a small detail, but it’s one that gets the crowd involved and on side early.

You have the feeling that he’s there just as much for the audience, as the audience is there for him. And there’s no doubt, the audience is definitely there for him. Not content with merely turning up, he wants to make sure that everybody has a good time and the best way for him to do that is to let go and enjoy the evening too.  About halfway through the set, during the segment that featured the Adelaides, they pulled out the Nashville favourite Friend Of Mine. It was all going along just great – and then he took it up a level. He asked if anyone wanted to join them on stage to sing. Well, you can imagine the reaction to that. Chip sent the Adelaides out to go and gather the willing and the looks on their faces as they stood on the stage was priceless, barely able to take in what was happening to them. Memories are made of such things, and you can be sure they’ll be shared long after the show has ended. 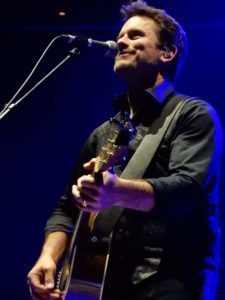 It’s a fair bet that you’ll hear at least one cover song during almost any gig. An acoustic rendition of the 1982 synthpop ballad Only You by Yazoo was a pleasant surprise, delivered with all the feeling the song requires and was assisted once again by the eager front-of-house choir. Did anyone arriving for this show expect to hear a Lorde cover? I know I didn’t. And did anyone expect him to add a playful extra verse to her song Royals, featuring characters from Nashville? Nope, got me again. And it went down a storm. Esten’s willingness to check the names of Deacon, Rayna, Juliette, Scarlett etc in the way he did is a sign that he’s not willing to cast that period of his career to one side, but rather to embrace it and integrate it beyond simply performing the well known songs from the TV show.

Some might see it as a stick to beat him with, that he’s living off these fictional characters. I would say three things about that. Firstly, he’s creating enough new music of his own that is entirely detached from Nashville. As well as numerous tracks from his record breaking Every Single Friday project, plus the new single, Esten was able to showcase unreleased songs like Honky Tonk History, Nashvillionaire and BabyKidTeenManOldManGone during the evening. He’s bringing himself through the new solo material.

Secondly, some real talent wrote some very good songs for the show that are strong enough to stand outside of the Nashville universe. From tonight’s set, for example, Undermine is a Kacey Musgraves co-write and Looking For The Light is a Charlie Worsham co-write. There are others in the TV show penned by the likes of Lori McKenna, Ashley Monroe, Gretchen Peters, Lee Brice, John Paul White, Hillary Lindsey, Natalie Hemby, Vince Gill, Jim Lauderdale, Rodney Crowell… I could go on, but I think you get my point. There are songs there that shouldn’t be abandoned.

Finally, why should anyone want to dismiss something of which they are rightly proud, and that has so much meaning and connection for so many people? The ability to connect with an audience is critical for a live performer, and these songs do it.

By the time the evening closes with A Life That’s Good, one thing at least has been established. If the January tour was the point where Charles Esten stepped out of Deacon Claybourne’s shadow, then for UK fans at least this tour is the moment where Charles and Deacon embrace each other and walk shoulder to shoulder. Seperate, but together. Some similarities, but enough differences too. And, to coin one of Esten’s own song titles, It’s All Good. 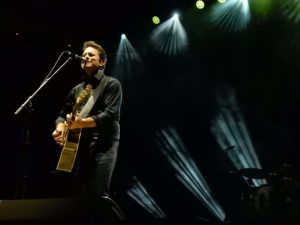 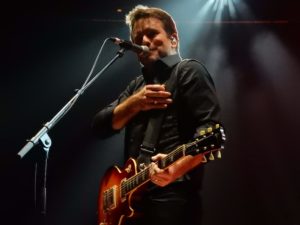 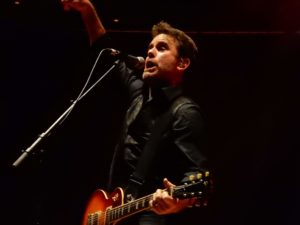 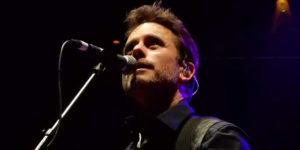