Michael Ray jumps straight off the plane from Nashville for his first headlining gig outside the USA. 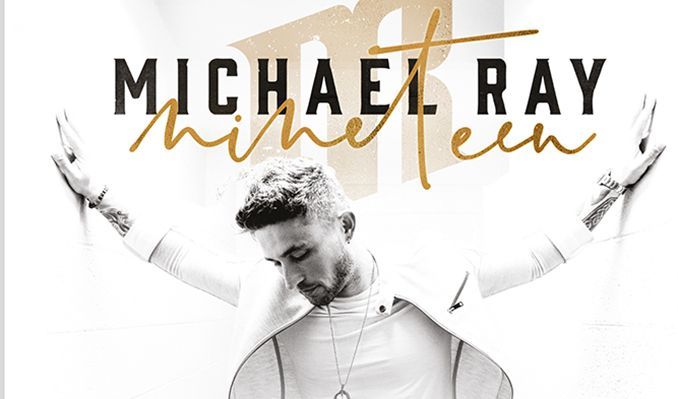 Michael Ray might have arrived on stage at Bush Hall a little later than billed on Tuesday night, but he quickly made up for it.

Charming the crowd, who responded with massive cheers as he announced it was his first time headlining a gig outside the US, he picked up his guitar, cracked open a bottle of red wine, and began sharing his stories.

From life in the family band to his teenage years of playing bars before moving to Nashville at 25 and having his first hit two years later, Ray was keen to make a big impression and the audience welcomed him with open arms.

Accompanied simply by his guitarist Jeff Coleman – there were some rumblings about it being an acoustic gig as opposed to a full band – to me, the music seemed more honest for being so simple.

There was a touching moment as the newlywed Ray held up a penny coin he had found backstage, declaring it was a sign that his late grandfather Amos (who he named his second album after) was looking down on him from above.

Legend has it that he has found a penny each time he’s played at the Grand Ole Opry and it appears London is being kind to him too.

As often happens, the oddities of the English language proved a little taxing – I guess we’ll never get used to gardens being called back yards – but that just made the crowd love him a little more, especially as he had only arrived in the UK at 11am that morning.

And when it came to the music, from his first number one, Kiss You In The Morning, through highlights including Summer Water, Runaway With You and Her World Or Mine, this was a fun performance which will have won him plenty of new friends.

Indeed, after a year saw him first arrive onto the UK stage at C2C and now headlining as part of Country Music Week, there’s little doubt Ray will be a popular feature on these shores for years to come. Maybe next time he’ll bring new bride Carly Pearce too.

A shout out must also go to support acts singer/songwriter Lisa McHugh, and the irrepressible Willie Jones, whose blend of country and hip hop raised a few eyebrows and certainly made a big impression. If many of the C2C Attendees who were there last night have their way, he’ll be a dead cert for an After Show Party come March.

And talking of after shows and late nights…I know I wasn’t the only one who had to leave early to catch a train home, so here’s little plea to the powers-that-be, when you’re scheduling a midweek gig, a 10.30pm finish works much better than a late night one.

One thought on “Michael Ray Review: We catch his first headline show outside of the USA”