From previewing music off their forthcoming new album, to playing some of their best-known songs, A Thousand Horses hit the ground running at their special one-off show at London’s 229 The Venue last Tuesday (November 19).

Upgraded to the larger of the two rooms thanks to the clamour for more tickets, this location might not have the charisma or cachet of some of its peers, but it was the perfect setting for them to set the stage alight (although not quite literally).

Right from the start the band rocked the night away, launching straight into First Time before sliding seamlessly into Trailer Trashed – both taken from 2015’s hit Southernality album. 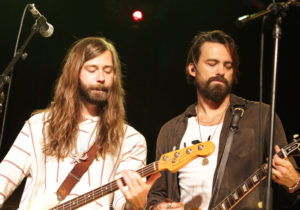 Broken Heartland was the first new song of the night and judging from the reaction of the fans, it’s fast on the way to taking its place as a favourite-in-waiting.

Drinking Song, Tennessee Whisky and Carry Me kept the volume turned up as Michael declared: “We can’t thank you enough for being fans, we dreamed of this and it really means the world to us. I know it’s been a while but we’re damned happy to be back here and play some new music.”

That was the cue for newly-released single Livin’ My Best Life (dropped ahead of the album, to be released early next year) and ably helped by a crowd singalong for the chorus. Another new track, Define Me, saw Bill Satcher let rip with those guitar strings, while fellow newcomer My Time was another crowd-pleaser.

Other hits included Sunday Morning, Preachin’ To The Choir, Smoke, the fabulous Burn Like Willie and the title track from  the Southernality album.

With such a high energy performance and a promise to come back again soon, it doesn’t take a bookmaker to predict that’ll be one hell of another winning performance.

*You can read our extended interview with A Thousand Horses here 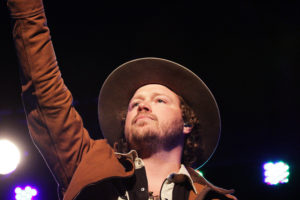