When A Thousand Horses announced their first UK show in three years at 229 The Venue in the heart of London’s Marylebone, the gig was billed as a ‘special evening’ and it’s fair to say it more than lived up to expectations (see our review here) as they previewed new music from their forthcoming album.

Before they took to the stage, Alison Dewar chatted to Michael Hobby, Bill Satcher, Zach Brown and Graham DeLoach about their new music, writing songs and ‘whetting their whistle’ in some of the capital’s finest drinking establishments.

Welcome back. What took you so long?

“We were working on the new record, getting our situation sorted on that front.”

“But yeah, we won’t go that long again.”

What’s the timing on the new album?

“We’ve just put ‘Livin’ My Best Life’ out, we haven’t set a release date for the album, but I know it’s in the first of next year.”

How long have you been working on it?

“I guess since the last one (laughter).”

“It came from a collection of songs, some were recently written right before we started, some were written years before that when we were out on the road, you know, we spent a lot of time touring, so we were gone a lot.”

Where, when and how do you write?

“Anywhere and anytime, you never know. Sometimes you wake up at 3am with an idea and you try to figure it out, sometimes you don’t have any ideas.”

“We write by ourselves, together and with other friends.”

“Sometimes it’s like ‘I wrote a chorus today’ and I’ll send it to Mike and say listen to this and we’ll start writing lyrics on text messages back and forth. I’ve written songs before but you don’t really know the lyrics, then I’ve thought about it, sometimes for 2-3 years, and one day if you get lucky it’s ‘uh huh’ and you re-approach the whole thing.”

On healthy competition with The Cadillac Three

You write with Jaren Johnston – and of course, The Cadillac Three are coming over to C2C.

“Those boys are our good friends, we love them.”

“They’re from Nashville and were born and raised. When we moved to Nashville in 2005, they were the first people we met. They had another rock band that was really popular in town, they would sell out every club.”

“I remember when Michael and I first moved there we saw their flyers everywhere and we were like who the f***… I can’t drive down the street or go to the grocery store without seeing their advertisement. We went to see them and it was like damn, these guys are great. Jaren’s an incredible songwriter.”

“We are kinda brothers and we always get excited when share a bill together.”

“I get worried when we share a bill, it’s kinda dangerous – the party is going to get stupid.”

“We have a little healthy competition going and that includes the after party – yeah, I’ll do a shot, I’m not scared.”

“I really don’t know, you’d have to talk to the business folks, but I know it’ll be towards the beginning of the year and we’d love to play C2C.”

“Either way we’ll try to do a few more spots in the UK outside London.” 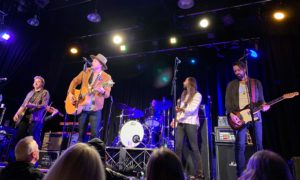 Yeah, when this gig was announced it was like ‘oh no, they’re only playing London…’

“We’re definitely coming back, people were not scared to let us know that they wanted us to come to places other than London.”

“You guys speak your mind and I love that.”

“I’m scared not to come back and play some place else.” (laughter)

Are some of the experiences you’ve had over the last couple of years reflected on the new album?

“Yeah, it all comes out sideways sometimes, but absolutely, the one thing we’ve always said and done is that there is truth in everything that we write. Someone has lived it, someone has experienced some kind of thing.”

“I think that’s what music should be about, you know, living through your personal experiences, other people listening to that and making it their own. I’m not here to tell you what the song should mean to you, just attach it to what you feel it means to you and I think there’s elements of that all over the record.” 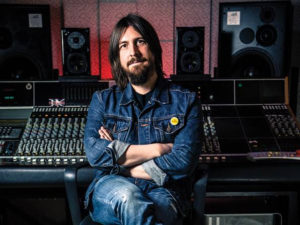 Dave Cobb is producing the new album, he’s your good friend, how special was that?

“It was really good. You know making this record was so much fun. We went in, just the five of us, locked ourselves in the studio at RCA in Nashville and made music. We picked songs that we loved and ones that made us feel good.”

“We’ve come full circle with Dave too, he’s supported us since the beginning, now we get to make records with him and we’re on Low Country Sound, which is his label, so it’s kinda awesome.”

How has your sound evolved?

“I think it’s grown up a little bit more, like we have.”

“It kinda goes with the territory: you tour, you become a better musician; a better writer. For any artist, with each record they try to beat the last one – and then it’s like ‘let’s make a great one’.”

Country now embraces so many different types of music – how do you see it developing?

“We’re a country rock and roll band, we’re a lot more aggressive than traditional country artists for sure, but that’s the fun part about it and it seems people want to hear that too. They want to hear a different kinda thing and they want to support you. If you look at anybody’s playlist, it will go from Lil Nas X to A Thousand Horses to Drake – they just want music that makes them feel joy.”

Do you think you get a fair shout on country radio?

“They’ve been great to us, they gave us our first number one song, and we’re so excited for them to hear the new record.”

“You can’t think ‘this is what’s on the radio, we need to make music like that’. For us, the times we’ve had the most success is when we just go ‘ok, what are we, what do we do naturally’, because that’s who we are, and it ends up being the thing that’s unique about us. We just have to remember that.”

“There’s no point in doing something someone has already done.”

When Southernality came out, there were lots of comments about you being ‘the ones to watch’ or ‘the next big thing’ – does that add pressure or make you afraid to take chances?

“It’s very flattering to have that kind of stuff said about you, but we’ve always been the kinda of band that likes to put our head down and work and not get caught up in all the other things. We try to stay as focused as we can on moving forward because, as Michael said, we do want to make the better album, we do want to play the better show and that’s the goal. That stuff is really cool and we’re really grateful, but we try not to let it distract us too much from the point of why they would say that in the first place.”

You’ve been together a long time, have you ever had differences of opinion about where you’re gonna go with the music?

(Cue lots of laughter) “No, no, it’s perfect harmony at all times.”

“Yeah, nothing too mega though, a lot of the things we value is about trying to make music that’s real and great and just honest, and that’s what we all agree on.”

“Except for set lists, 30 minutes before the show we’re changing them. We’re always going to argue about that – I’m gonna give up on set lists.”

“I let these two guys with their guitars do it, I’m just like put it out there and I’ll sing it.”

“I think that’s part of the magic. You gotta have a little push and pull in a band, otherwise if it’s gravy all the time, it’s just too easy.”

On beer, babies and giving back to the community 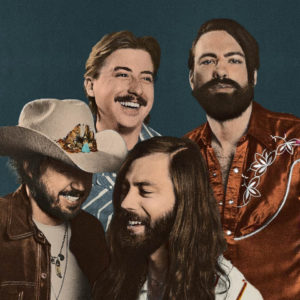 I hear you were out on the town on Saturday night…

“We’ve been having fun, we’re just a sucker for an English pub everywhere on the street. That one looks great, that one looks cool.”

“Especially this time of year with all the Christmas decorations.”

What’s your favourite thing about England – what will you look forward to most when you come back?

“Mmmm … well I always have to get a traditional breakfast, with the beans, I love that.”

“I like all the history, we don’t have super old things in the US like you do here. We went to the British Museum yesterday and told our wives about it. We figured we’d seen the inside of just about every pub, so we’d better do some other stuff.”

I had a request to ask you why your songs are never on karaoke?

“We love some karaoke from time to time.”

“We’ll definitely have to look into that, we didn’t even realise they weren’t on there.”

You’re all family guys now, Michael, you’ve just had a daughter – congratulations – does that change the way you feel about things when you’re writing?

“I think it’s a huge influence and inspiration, it’s a life-changing moment, that feeling you get that comes with things you want to write about.”

“It definitely changes your perspective on things.”

“We’ll see when the new songs post-baby start coming out.”

(Laughter)  “It won’t be A Thousand Horses.”

So what comes next?

“We’re already thinking about the next record. We’ve got some headline stuff to do back home and some fun stuff in the summer, then hopefully get back in and make more music, break that cycle that we talked about – the long album cycle.”

“We played a homeless shelter, that was pretty interesting.”

“Yeah, we set up and everyone was in there eating dinner and we played some songs and hung out with people.”

“And we played some kids’ songs for charity in Nashville. The Center for Courageous Kids is a summer camp north of Nashville for children with disabilities and my wife interned there out of college. We’ve been working with them this year to go and meet some of the kids, play some songs, and we’re doing an event there this weekend to help them raise some money for the next season.”

“And our last show of the year.”

And what a great way to end…thank you and we look forward to hearing the new album and seeing you again very soon. 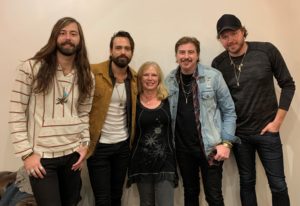