Well, 2019 has come and gone and has left its mark on Country music. Here are my picks of the year – some choices were easier to make than others, but I think that’s a good thing and bodes well for 2020. – Neil. 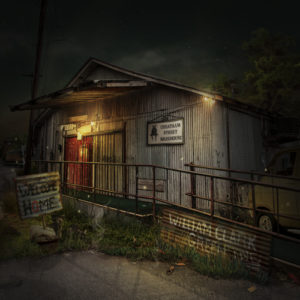 So many great releases this year! From the Nashville sounds of the likes of Luke Combs, Miranda Lambert, Jake Owen and Midland, through the Texas scene for such as the Randy Rogers Band, Aaron Watson and Cody Jinks, onto Whiskey Myers‘ brand of Southern Rock and Stoney LaRue‘s Red Dirt release. The seniors weren’t exactly slacking this year either, with big releases from George Strait, Tanya Tucker, Vince Gill, Reba McEntire and others. And that’s only scratching the surface.  But this is the album that has left the biggest impression on me. Fantastic song-writing, excellent performances, a great atmosphere – I can listen to this on repeat, time after time after time. To have William Clark Green performing in the UK would be a dream, but for now I’m content to close my eyes and imagine I’m in the audience for this show. You can read my review of the album here.

Chosing one, single song to represent 2019 has proven to be an impossible task for me, so I’m going to cheat! Here, with great difficulty and in no particular order, are my top 3 songs of the year.

I could have picked any number of tracks from Watson’s brilliant Red Bandana album, but I love the constant lyrical tension in this song which reflects the significance of its message. And it’s just a great song to listen to, too.

Raw, gritty, impassioned writing and performance. The painful self-awareness of a guy at rock bottom, it’s one of the most honest songs I’ve heard in many a year.

Vince Gill – I Don’t Wanna Ride The Rails No More

Here’s a track with a totally different kind of atmosphere, but no less impactful for it. Vince’s latest album, Okie, is a wonderful collection of songs and as the lead-in to an album this is about as good an opening track as you can get. Beautifully written, spot-on production, evocative storytelling. Perfection from a master. 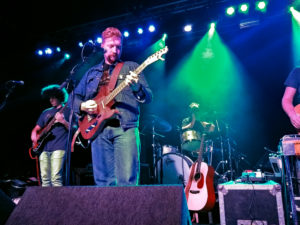 I attended quite a few shows in 2019;  arena gigs from the Eagles and Carrie Underwood down to small bar-room shows by the likes of Sam Outlaw and Jarrod Dickenson. I can honestly say that none of them disappointed – each one was a memorable night, which makes chosing a favourite difficult. It’s a close call, but for my personal favourite from the year, I’m going to plump for Tyler Childers at the Rescue Rooms in Nottingham back in August. A rowdy, stomping, raucus evening with a great mix of material taken from all his albums, played to a justifiably enthusiastic crowd. The East Midlands tends to be a bit of a “dead zone” for country artists from the US, so it was a real pleasure to have Tyler in the area. Having to move the show from the original, smaller venue due to fan demand will hopefully be a signal to promoters that there is an audience to be served in the area, and this date won’t have been a one-off. You can read my review of Childers’ show here.

Honourable mentions go to Whiskey Myers, who brought an exceptional energetic live show to the UK earlier in the year, and to Joe Nichols’ intimate acoustic set on his first UK tour. That’s three completely different nights, and I think that’s an indication of the quality of country music that we’re seeing in the UK now. Long may it continue!

This is a festival that has grown a brilliant reputation in just a couple of years, and deservedly so. After a really good opening year in 2018, The Long Road showed solid progress this year. All the good parts from year one were kept, and many of the issues were addressed successfully – in particular the enlarged Interstate stage in its new location was a real win. Another excellent main stage line-up, capped off by a memorable set from Josh Turner during his first trip over to the UK, was supported by the likes of Austin Jenckes, Asleep At The Wheel, John Paul White, The Steel Woods, etc, etc, etc- such a wide variety of Country, Americana and Roots artists on the other stages. There were noticeably more people in attendance this year, but not so much more that it felt overcrowded. Ticket prices are very good value, too. The Long Road has managed to find its spot in the festival market very quickly, and very successfully I think. 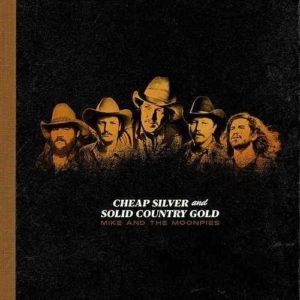 This band was a new discovery for me this year, although they released their fifth studio album in 2019. Shame on me! On the plus side, that means I had plenty of material to catch up on. There’s so much good music coming out of Texas and these guys are in the vanguard. We spoke with Mike Harmeier earlier this year ahead of the release of Cheap Silver and Solid Country Gold 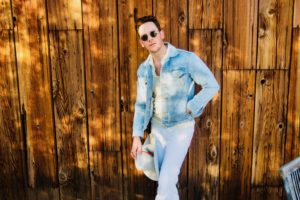 It’s always enjoyable to talk with an artist, and each occasion is different. If you’d told me at the start of the year that I’d be interviewing someone as we walked together through a busy city centre to pursue his quest to buy underwear, well, I’d have asked for one of whatever you were drinking! But that’s how my chat with Sam Outlaw happened. Having to dodge other pedestrians and making sure both myself and Sam crossed busy streets safely while also concentrating on the interview was a challenge but it was a challenge we both rose to successfully. You can read the interview here. 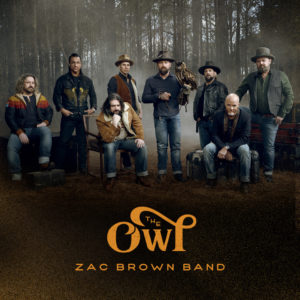 I think most people would have this on their list of disappointments for 2019. True, Zac had trailed that The Owl would be a shift away from the band’s recognised sound, but even so I think we all secretly hoped that there would be enough left of the ZBB we all know and love. There wasn’t. It wasn’t just the music, it was the lyrics too – the whole package was just off. Who knows where they go from here…

It’s great that Mike & The Moonpies are playing in the UK in 2020. It sucks that it’s only one show they’re playing, and it’s a midweek gig in London. My hope is that my various commitments allow me to attend this one. Fingers crossed.

Also, I’m very excited to hear whatever comes from the Panhandlers – a Texas “supergroup” consisting of William Clark Green, Cleto Cordero (front man of Flatland Cavalry), Josh Abbott (he of the Josh Abbott Band) and John Baumann. With their first release slated for January, I won’t have long to wait. 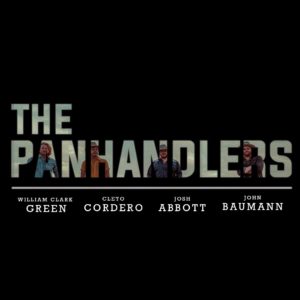