Following the welcome announcement that he’ll be touring again very soon, in part two of his exclusive interview with Six Shooter Country Drake White talks about battling through the dark days, working on his TEDxNashville talk, the importance of his faith and the inspiration he draws from his fans.

He pays tribute to wife Alex for her love, the vital role she has played in his recovery, and explains why he is so proud of her achievements every day – not just in the launch of new event space Whitewood Hollow. Alison Dewar reports.

You’ve spoken about inspiring people and helping others. During your recovery, who inspired you?

There are so many great stories that came through social media. Zach set up a PO Box and thousands and thousands of people wrote letters and prayers. I’ve heard some incredible stories and it’s just fuel to the fire. I look up to many people that have called in. An AVM is a one in 100,000 scenario and brain AVMs are 1% of those AVMs. So those of us with brain AVMs, we’re literally one in a million, and I’ve heard from them from all over the world.

When you put your Gratitude list on Instagram, your fans were number one, what is your message to them right now?

My message to the fans is just one of gratitude, my devotion to them has thickened even more than it was. Through the hardship, their picking me up, all their letters, all of their gifts, all of their time, all of their prayers, every bit of that stuff was appreciated and felt, it helped me heal. I am dedicating the rest of my life to serving them.

You almost want to put a big hug round everybody don’t you?

That’s a great way to look at it. It’s just intensified, there was always a spirit of love in my culture anyway, and that stems from my roots, from my Mom and my Dad and everybody like that, but now it’s like God came to us and gave us this deck of cards and said how’re you going to play this, let me see you play this. And I’m just so excited for everybody to see the show, because it means more now. 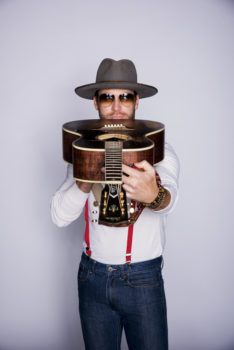 Has your writing taken you to deeper, darker places because of what’s happened?

Yeah (laughs) there has been some of that. I write every day in some shape, whether it be poetry, journaling, songs or short stories. I’m doing the TEDxNashville talk on March 20, and I have had a good time writing that story.

I think it’s a great way that God’s almost forced me to sit down and compartmentalise my thoughts and the story and get it to where I can present it to people. I think that’s going to be extremely influential and inspirational going forward.

There were some dark things that came into my head that I had to battle through…I mean s***, you can’t go through something like this without getting really, really angry.

I thought I was paralysed for a second, but ultimately a redemptive spirit is what I’ve got. I chose very quickly to be the victor not the victim and my wife Alex is not going to allow me to mope – I am not going to allow myself – but even if I did, she isn’t going to let me get into that deep, dark place. There were darker things I decided to write down.

Does that get it out of your system and allow you to move on?

Yeah, there are some sad things that I wrote about and it may come out. It’s hard, this s*** is hard to fight through this thing.

But you realise that those are not your thoughts, those are thoughts that everybody that has been through turmoil and strife has had before.

Recently on Instagram, you showed us your Bible and there was a passage underlined, is there a particular one you keep going back to that really lifts you?

I was in Colossians and that whole story is Paul addressing people to focus on the real and don’t get tied up in the fake – and what did I just talk about?

My battle with the thoughts, the things and all the arrows that are shot at you daily, go and do something, that Instagram story I shot is the story of him addressing the people of that town and of the church.

I let God kind of direct me how to open the word, I just opened to that and me and Alex are going to teach a class on the four chapters in that book. It’s so important. 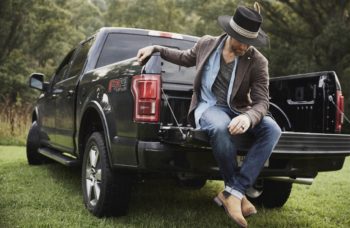 In a funny way, the fact that you’ve been confined to base as it were, has meant you and Alex have spent a lot more time together than if you were out gigging all over the place. That must have been very special.

You know, we have added it up and we have spent more time together since August than we have in our whole entire relationship. You have to realise I was gone 200 days a year, all over the place, and it’s like literally we have spent every day with each other. I couldn’t have done it without her, it’s like one of those things where our relationship has improved 10-fold since this has happened, and if that’s the reason this happened, then that’s fine with me. If it’s a reason for us to become closer and have a stronger marriage, then so be it, I’m fine with it.

When you were in hospital and Alex was coming to see you, what was your favourite treat that you looked forward to – home-baked cookies, a video of the dogs?

One day she brought Writer (Drake’s dog) up to the hospital and it completely turned everything around, it was huge. There were times when I was struggling a lot, you just keep going, and she would do something that could pick me up.

And she makes this phenomenal granola and great sandwiches and I like simple stuff, I’m a simple kind of person. She’s always making something.

The other day, she had a full day of the Galantine’s (Whitewood Hollow event) thing and she didn’t get in the house until like 9pm and she walks in and she goes ‘hey, have you ate anything yet’, and I said ‘I ate a little something back around 6.30’ and she didn’t even ask, she just started fixing me something.

She had been cooking all day and she came in at 9 o’clock and fixed me like, part of what they had. Most people would be, ‘well I’ve been cooking all day, I’m not gonna come in and do that’, and I would have been fine with that. That’s her personality, she’s gonna provide.

Which brings us on to Whitewood Hollow, it looks amazing, you must be incredibly proud of Alex?

I mean, she does something three times a day that like, blows you away, I’m not just saying that to be mushy. I couldn’t care less about all the frivolous stuff, if the barn burned down tomorrow I would be proud of her. It’s not about a barn, it’s about her standing you up and fighting through what she’s fought through because nobody knows her path, she had to fight her way to come out to Nashville, she had to fight and crawl and we just happened to fall in love on the way.

Now, she’s a chef and she’s got employees and she’s out there bringing people in, you want to see, they are blown away when they come in and I mean, it’s a cookie decorating class. She’s booking music and just putting this joyful spirit in the air and people are coming and going ‘holy s***’ this is amazing’ and it’s all things that she’s written down over the last five years.

We’ve been together 11 years and married for a little over five, and she has been working on this for seven-eight years and even when it looked like we weren’t gonna be able to do it, she just kept working on it and that deserves to be glorified and mentioned and it deserves publicity.

Do you see a time when you and Alex can go off to the Caribbean or Africa or wherever it might be, and have some real downtime together – although I guess with your music and the way Whitewood Hollow is taking off, that’s not going to be for a while?

We’ll figure that out when we retire…or when I win a couple of Grammys.

That seems the perfect place to end – Drake, thank you for talking to Six Shooter and we all wish you a continued speedy recovery and look forward to seeing you before too long. Your fans will be waiting…

Missed part one of the interview? It’s right here.

You can follow Drake White through his social media feeds:- 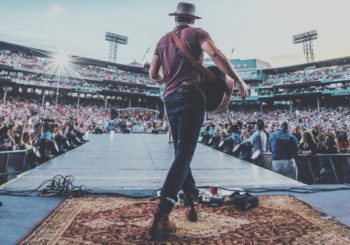 One thought on “Drake White Interview Part 2: “I am the victor, not the victim“”