Following the first big artist announcement for The Long Road Festival 2020, Sally Maybury caught up with Baylen Leonard – radio presenter, DJ and of course the man with the vision for The Long Road. In the first part of an extended interview, Baylen talks about his CMA award nomination and picks his personal country music highlights – and one low spot – of 2019. 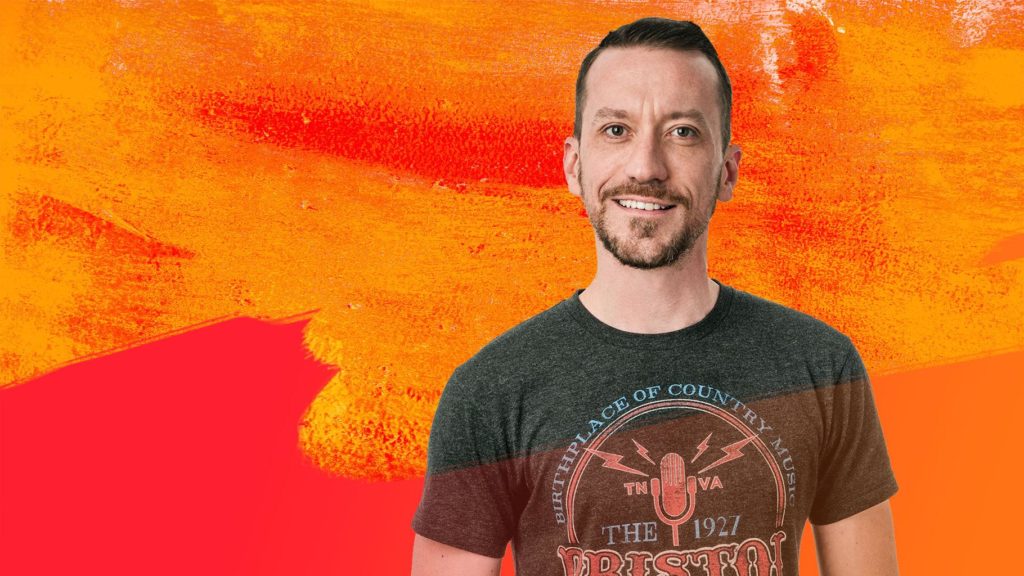 Firstly, let me congratulate you on the CMA nomination!

Thank You. It’s really exciting, I never really know when nominations are coming out for any awards, so it’s always a nice surprise, I didn’t expect anything this year after my win last year. It’s really exciting. Ultimately we’re all just doing stuff we love so to get recognition for it is always lovely.

How do you find out you’ve got it?

I got an email from the CMA, just before they announce, and I was like oh amazing, fantastic. It’s weird, you don’t want to be too braggy but at the same time this is like a CMA award so is awesome! I’m super excited, but I don’t want to blow my own trumpet too much!

I grew up watching the CMA awards every year and it was always so exciting, so to be even just a small part of that, and for people in the industry to even know who I am is very exciting.

It’s always so difficult to pick one! I’m going to take the liberty and take 2 I think.

Miranda Lambert ‘Wildcard’ is just phenomenal, every song is amazing and in a totally different way to the song that comes before it or the song that comes after it. I’ve always admired her for sitting comfortably right in the middle of mainstream country but also bringing in elements of bluegrass or Americana, because that’s what country is to me; it’s using loads of different influences under this big umbrella of country music. Lots of artists do that but don’t necessarily have the commercial success like Miranda.

My second would be Yola ‘Walk Through Fire’ , firstly because she’s British and doing things her own way, she’s been totally embraced by the Americana world and is bringing her own spin to the country world, but has also been embraced in other genres. She’s going out on tour with Greta Van Fleet but also Kacey Musgraves, and has been on stage with Dolly and The Highwomen, she’s been at Newport Folk Festival, and has huge success in America. She had 4 Grammy nominations! Just the fact she’s in that world, as a British artist and someone I’ve watched navigate her way through what can be quite a tricky business and tricky genre for a British, black, female artist, she has completely risen to the top without sacrificing her artistry and the way she approaches music is phenomenal.

Can you pin point a favourite live show?

Lanco absolutely blew it away at Long Road. I’ve seen them in many different situations and they’re always amazing, always have such huge energy, but to see them on the main stage outdoors in a festival setting, they absolutely knocked it out of the park. I spoke to them just before they went on stage and they were so excited about it because they’d never done that format in the UK. They’ve been here a lot of times but they just seem like such a festival band and I knew they were going to burn it down, and they were so pumped for it right before they got on.

I remember standing in the crowd and thinking ‘oh my god they are going for it’ and the audience were responding, they were feeding off it, it was that perfect time of day where the setting was stunning, the sun was just going down, all the elements just came together!

And the same about Kip Moore at Long Road, we’ve seen him in loads of different settings, and he’s always amazing in all of them, whether it’s a full band show or an acoustic tour, he has such energy. I think when you’re on a stage like that, outside and there’s thousands of people in front of you it’s a different vibe. And they totally brought something next level to it.

Not every artist can be that versatile, and that’s the key when I think about booking up for Long Road, those sort of artists that can do that, and what stage would suit them best. It’s always really pleasing when it works like it did so well with Lanco!

I agree, they were phenomenal!

Can you choose one song for year?

For some reason people find it controversial but without question it has to be Lil Nas X’s ‘Old Town Road’. I love that it started up such a plot of feeling and emotions amongst people and got people talking about country music, the one thing you can’t deny is that it was a global song, whether you feel like its country or not it got everyone talking about it! Whether it be good or bad, everyone was talking about it inside the industry and out. Whether you liked it or not you didn’t really have an option of if you were going to hear it! I just thought it was great, I think he’s great, the way that he approached and dealt with it all was great. A black, out gay guy that nobody had heard of the year before just came onto the scene and blew everybody’s minds!

He’s from Georgia, he grew up with Country music and rap, and I think sometimes we’d like to think all of our country artists grew up on a farm and are really living that country life, but reality isn’t that. The South of America is a hugely diverse place, and country music doesn’t just have to come from there, everyone has their right to put their stamp on it.

I think anyone that starts a conversation like that is good and it’s also pretty undeniable that it’s’ a catchy song whether you like it or not! He’s also up for a CMA award! I’ve never really had too much time for what is or isn’t country music, being from where I’m from and growing up, I think if you say its country music, or you’re coming at it from that place then that’s fine!

I think it’s good when artists outside of the genre bring in country sounds, it’s good for everybody. Like Halsey has a song out right now, she’s not a country artist, but the song is pretty country, she did a duet at the CMA awards with Lady A, she’s doing stuff with Kelsea. She’s not a country artist but she can appreciate the artistry that is in country music, and that’s never a bad thing in my book!

Will we be seeing Little Nas X at The Long Road then?

Well, who knows! I like to throw some surprises into Long Road anyway! I haven’t booked him yet, but it’s not to say I wouldn’t.

Haha, well then we shall watch this space!

Newly discovered artist of the year?

Well you’ve probably heard of Kyle Daniel by now, he’s a really exciting artist that we all learnt about last year, he came over for country music week and blew us all away, he’s coming back for C2C. He’s somebody I’ve been playing on the front porch show for most of the year and I think it’s really great, he has quite a rocky sound and I always played him on that show because my boundaries are a little wider. What’s really great to see is that the mainstream country crowd have picked up on him and seem to really like him.

There is also an artist called Sarah Shook and the Disarmers from North Carolina who I love, and I think she’s fantastic. She’s a real take no bullshit, kick ass rocky girl, which I love!

Every week it changes, as to who my new favourite artist is! I’m really loving Larry Fleet this week, he’s from Tennessee and has a really traditional sound to him. He was discovered by Jake Owen, who’s a big fan of his.

Do you have anything that you can say was a disappointment for you last year?

I haven’t had any artists that have disappointed me really. I’m mainly disappointed about this whole controversy with women and minorities in country music, and that it’s still a thing. I think it’s ridiculous and I don’t get it. Thankfully we don’t seem to have the same issues here as they do in America in terms of radio play for example, playing back to back women on the radio has never been something I’ve thought is a problem or even thought about,

I think it’s ridiculous that it’s a problem in mainstream country radio in America! It’s so frustrating.

You just need to look at artists who are really comfortable in themselves, that do what they do, and eventually rise to the top, and if that’s not in country music then it’ll be in another genre with them still doing what they do but with other genres more accepting.

I think it really just boils down to, is the song any good?

It’s disappointing that the powers that be still think that listeners or fans would have a problem with things like that, because I just don’t think they do. It’s tricky, but I’m glad I’m not doing radio in America, id find it hugely frustrating being told I couldn’t play 2 or 3 or 4 female artists in a row, it’s stupid! To even have to think about it when putting a show together is crazy.

Well hopefully that won’t be an issue going forward, and everyone will just get over it and get back to ‘oh do I like this song’ great let’s play it!

Hopefully there will be more artists that sit outside of what people consider a country artist has to be, that can come in and shake things up a little bit and can bring in great music, that maybe don’t fit into everybody’s pre-determined idea of what a country artist is, all we need to think about is; is it a good song, does it speak to you, does it make you want to dance/cry/think, then great!

In the second part of this extended interview, Baylen looks forward to The Long Road 2020, and his experiences with Total Country TV – coming soon!

You can hear Baylen Leonard on Country Hits Radio. He hosts a daily show Monday to Friday from 10am (UK time), and his weekly Front Porch show every Sunday featuring Country, Roots and Americana music. For schedule info, and to listen online, head to Country Hits Radio.