Brighton-based duo Noble Jacks originally released their second album Stay Awake in March 2019, gaining a Top 10 spot in the UK Americana album charts. A sold out launch party at Brighton’s Concorde 2 venue was followed by a host of headline UK dates across 2019 in front of the kind of enthusiastic crowds their music deserves. Now, we have a “Deluxe Edition” of the album – and it really couldn’t be a better timed release. 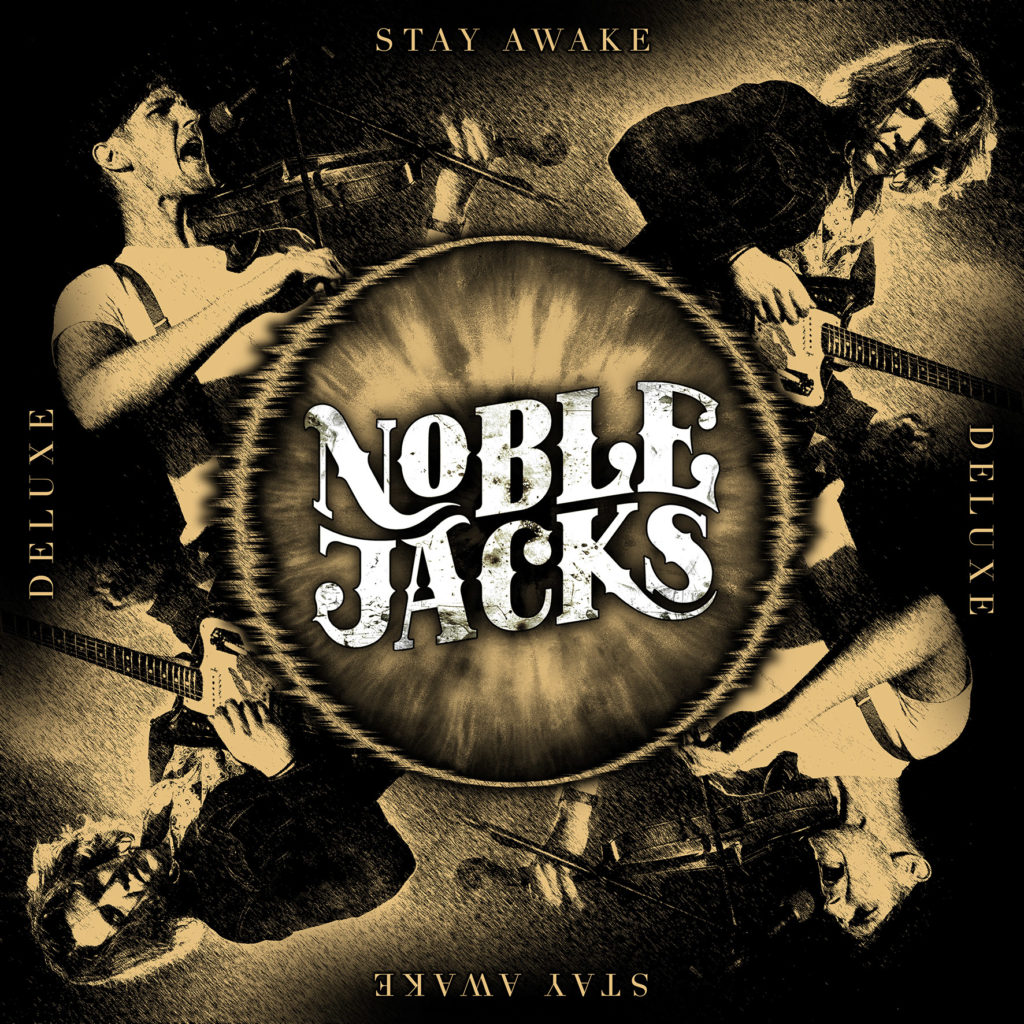 Thanks to Covid-19 we’re all likely to be facing a period of confinement, or at best restricted mobility, over the coming weeks. While we’re on whatever level of “lockdown” we find ourselves, it’s going to be so important that we look after not just our physical health, but also our mental health and general sense of well-being. When the TV is filled with gloomy new bulletins and a raft of often repeated dramas and sitcoms (which to be fair is no change to the norm) we’re maybe going to need to look elsewhere for something to lift our spirits – and that’s where an album like Stay Awake Deluxe Edition comes in.

Right from the first chords, this album has an almost relentlessly up-beat vibe. Its pacey, largely Celtic influenced rhythms and grooves defy you to stay rooted in your seat. It positively drags you up and dances you around whatever space you have. Don’t expect any weepy ballads here – these boys want you up and on your feet! This Is Real is probably the most openly reflective song on the album, but whatever the lyrical subject of each track it’s delivered over a powerful combination of a pressing, driving rhythm section, feel-good jangly guitar lines and in many cases… a fiddle. It’s unusual to find a band that features the fiddle so prominently these days, and it’s something which gives them a welcome edge and a distinctiveness in their sound when compared to their contemporaries.

In the hands of Will Page, that fiddle is a real treat for the ears. There are moments where his bow is a blur of perpetual motion, his fingers a haze of dextrous movement. If the Devil ever took a wrong turn and ended up in Brighton, I’ve no doubt he’d be onto another loser if he were fool enough to take on a wager with Will.

We’ve all become quite familiar with the concept of “deluxe” editions of albums. They tend to consist of the original album plus a handful of additional tracks, presented in a slightly different cover. It’s an approach that can often leave fans feeling a little short-changed – maybe a little conned, even – after they rushed to by an album on its initial release, only to find later that if they’d only waited a while they could have had more for their money.

That’s something else that makes this deluxe edition of Stay Awake stand out from the crowd. Yes, the 10 tracks from the original release are all present. But they’re actually re-recorded versions of each song. The tracks in their new form have a little more punch and a little more power than before – as if someone has run some high voltage electricity through them. There’s a definite snap to these recordings that really does justice to the material. So if you bought Stay Awake on first release, you’re getting something different here than you had before.

If you’re familiar with the songs from the original album then you’ll have an idea of what to expect, but there are still some delights to be found in the 4 new tracks included here. Noble Ground, for example, moves its base away from the Celtic tradition and shifts towards a groove and a style that’s more towards South African Mbaqanga music. It’s something that shows the duo’s willingness and ability to draw from beyond their familiar ground and infuse their output with something unexpected, and it serves the track well. Dreams Carry Me On, the final track on the album, has a dark power and drive that echoes, say, Big Country at their peak – but with the addition of a high energy fiddle part that takes barely a pause throughout the track. Breathless stuff.

There’s also a marked difference to the packaging and presentation of this deluxe edition. If you buy the vinyl copy (the first Noble Jacks album to be released in that format) you’ll find yourself in possession of a double album. And a double album, as all vinyl buyers know, means… gatefold sleeve! The inside of the sleeve has full lyrics to all 14 songs on the album, and the front cover is built around some images captured from their live performances. The CD version retains all the same content but in the smaller presentation. Hats off to them, they’ve done an excellent job and it’s a clear upgrade. It exudes quality and care, in much the same way as the album itself does.

Noble Jacks began 2020 touring as support to The Dead South on their UK tour, gaining more fans along the way. They were building momentum into their own headline tour to promote this album release, beginning with a launch party in front of their largest indoor audience yet. Of course, all large gatherings are off the table for the time being. The songs on this album deserve be heard in that live setting, where the excitement in a room can crackle and spark and the whole shared experience of live music can add that extra indefinable “something” to a performance. It’ll be something to look forward to, when this current state of things is over, when we can get out to see, to hear and to feel live music again. If they aren’t already, Noble Jacks should be on your “must see” gig list. With their catalog of foot stomping, arm punching anthems, I predict that many a roof will be raised when these fellas are back on the road again.

For the time being though, we can be thankful that this joyous, energising, uplifting pick-me-up is about to become available in our own homes. It’s released on 27th March, and you can pre-order your copy here → https://www.noblejacks.com/shop

It’s widely held that “music is medicine”. Studies have shown that listening to music helps to reduce stress and anxiety, and releases mood enhancing chemicals into the brain – something we could all do with right now. What I’m trying to say is, whatever your situation, do yourself a favour. Listen to this album. Take your medicine. You’ll feel all the better for it. 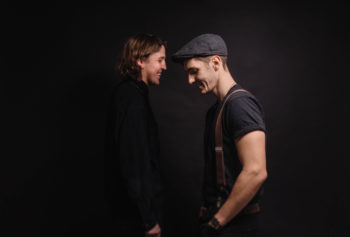