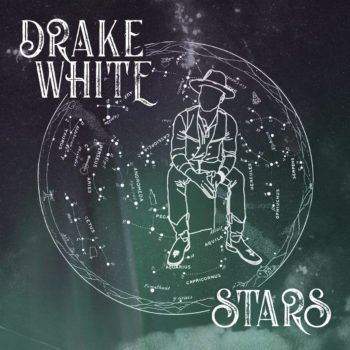 From the grand opening of Whitewood Hollow — the rustic event space that Drake hand-designed and co-created with his wife, Alex — to his triumph over the rare brain condition (AVM) that threatened to end his music career, Drake has packed a lifetime of living into the past year. Those experiences have strengthened his mission to live fully in the moment, and it’s that same buoyant mentality — a renewed appetite for life’s challenges and victories — that runs throughout Stars.

“This is top-shelf soul country for me,” he says of “Mix ‘Em With Whiskey,” one of the EP’s swaggering highlights. “The lyric is smooth but the guitar bites. It’s one of those jams that is a pleasure to perform, and it’ll have everyone singin’ and sippin’ in just one listen.”

Stars also includes soon-to-be fan favorites like “Luckiest Man” — which Drake describes as “a song that explores the more buttery side of things, and feels like you’re easing down the road in an old Bronco” — and the anthemic “Eat, Drink & Dream,” which he proudly calls “country-cool rocket fuel.”

Rounded out by “My Favorite Band” and “All Would Be Right With the World,” Stars does more than double down on Drake’s signature brand of rootsy mountain soul — it explores new angles, too, showcasing a recharged, revitalized Drake who’s never sounded better.

“There’s been a revival in my heart and my soul,” he says, “I feel an overwhelming sense of joy and gratitude towards my maker, my life, and the simple things. People are going to hear that in my new music. They’re going to see it in my shows. The excitement never left me; it’s just greater now. I walk onstage these days and feel so thankful to be there — to be able to to do what I love to do.”

About Drake White:
From his childhood days singing with the church youth choir in Alabama to his emergence as one of country music’s most acclaimed innovators — with four Top 40 Country hits, national tours, and award-winning albums all under his belt — Drake White has confidently blurred the boundaries between music and every other moment of his life. He’s an avid outdoorsman, a community builder, and a celebrated frontman, earning accolades around the globe (including Rolling Stone‘s 10 Country Artists You Need To Know, the British CMA Awards’ International Song of the Year, The Grammy’s Artist of Tomorrow, and Taste of Country Fan Choice Awards Album of the Year) with his mix of country-rock grit, southern soul, and Huckleberry Finn-type appetite for adventure.

It was during a summer tour in 2019 — three years after the release of his career-launching debut, Spark, and one year after the dual arrivals of the concert record Drake White and The Big Fire Live and the Pieces EP — that Drake collapsed onstage, the result of an Arteriovenous Malformation (AVM) in his brain. As he made his way toward a full recovery, he also put the finishing touches on Whitewood Hollow, the rustic event space that Drake co-designed with his wife, Alexis White (an artisan chef and event planner who also served as the inspiration behind his song “Makin’ Me Look Good Again,” which climbed to the top spot on SiriusXM’s The Highway). Whitewood Hollow opened its barn doors on the outskirts of Nashville in early 2020, furthering Drake’s mission of encouraging community and serving others.

Drake — along with his band, The Big Fire — has toured with artists including Willie Nelson, Dierks Bentley, Zac Brown Band, Eric Church, Kip Moore and more. He turns a new page with Stars, an EP due out April 24, 2020, produced with fellow country hitmaker Jaren Johnston.