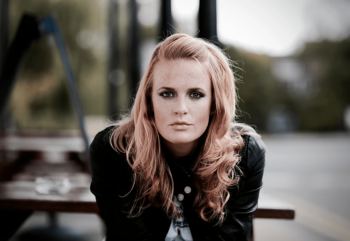 Wind back just a few weeks ago and I was looking forward to catching up with Elles Bailey at Country 2 Country festival and seeing how 2020 was going to pan out for her. Of course, Coronavirus put paid to more plans than my own. Time for a Plan B, and I reached out to Elles for a virtual catchup instead. We began by looking back at acheivements from 2019…

You’ve had a pretty incredible 12 months, with Little Piece of Heaven winning song of the year at the Americana Awards UK, and your 3 nominations for the UK Blues Awards, how does it all feel? Have you had time to take it all in yet?

I think having some forced “downtime” has enabled me to step back and look at the last year since Road I Call Home came out. It’s been an incredible ride and I’m so grateful to be on it!

For anyone not familiar with your music how would you describe it? Who are your biggest influences?

I blend blues, roots rock and & Americana , I love soul & gospel music and that sure does come through on my records too. You will hear more about my influences as this interview goes on so I don’t want to give it all away too soon 😉

Having played some pretty big festivals, including Nashville’s Americana Fest, do you have a preference of performing at an outdoor festival or inside a venue for a gig? Do you find there’s a different sort of vibe at each?

I love both – obviously there is something pretty special about playing your own headline show, it’s close, it’s sweaty and the fans are there for you. I remember my last Bristol show at The Thekla…. the crowd was electric! But festivals are wonderful…. it’s a different show because you are also trying to win over the crowd so as an artists I’m more on edge. But it’s risky and I love it!

You seem to have been on the road for most of last year and had your Spring tour coming up this year, what do you miss the most when not on tour?

Sadly all my tour dates are now postponed or cancelled – It’s a funny thing as there is not one thing I miss the most, but not being on the road is hard…. I keep thinking about the first gig back once all this is over…. I don’t know when or where but I know it’s gonna be the best gig of my life! 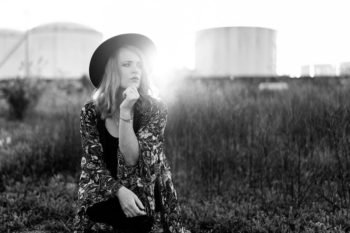 I’ve seen on instagram you’ve been busy writing for your next album, you’ve already written with some pretty big names, Roger Cook and Dan Auerbach to name just two. Is there anyone that you’d just love to collaborate with?

So many…. Off the top of my head –  I’d love to collaborate with Mavis Staples. I met Mavis at the Americana awards in Nashville and she is just such an inspiration. I also saw Bonnie Raitt and John Prine perform Angel From Montgomery two days before I released my version as a single. I cried… a lot. I’ve cried a lot since John passed… I would have loved to have written with him. He had a way of writing about everyday life that drew you in, pulled on the heartstrings, that blended humour and sadness with lyrics that were always poignant. The world has lost one of its greatest writers… Rest in Peace John Prine.

Can you tell me anything about the songs you’ve already written for the new album?

This record is deeply personal and there is one song called Walk Away written with Tamara Stewart that breaks my heart to sing. It’s actually recorded and I love it, it’s so beautiful but I can hardly listen to it, the wounds still seem too raw.

You’ve said before that the story is the importance behind writing a song, and that your whole life has been about songwriting. If you had to pick just one, would you rather continue songwriting or performing?

For me, you can’t have one without the other… They are intrinsically entwined. I wouldn’t want to perform only songs that I hadn’t written, and I don’t think I would write if I wasn’t ever going to perform again.

As your music and success continues to grow, how do you stay grounded as an artist and a person?

Am I still grounded ?? HAHA… I’ve always been very hard working and I pride myself in being a grassroots DIY artist and that in itself is grounding. I’ve worked my butt off for this… I know how hard it’s been and how hard it still is.

One of the big talking points within country music at the moment is female artists getting enough radio airplay, what’s your thoughts on this? Do you think they get a fair amount?

This is a music industry wide issue but I do think the scene does need to do more to the level the playing field. I need to give a shout out to the Americana Music Association UK. At their last awards, all the “voted for by members” awards were won by women and for their festival they pledged to PRS Keychange that the festival would meet the 50/50 gender split  by 2022….. however they met it in Jan 2020 – two years before the deadline. This needs to be celebrated and other scenes need to look to the Americana scene here in the UK for inspiration on gender balance.

Who are your female inspirations?

If you could create your own Super Group, like The Highwomen (Brandi Carlisle, Natalie Hemby, Maren Morris & Amanda Shires), who would be joining you on stage?

So this would be my ultimate supergroup – I was heartbroken when Joe passed away.

And because I’m a massive karaoke fan, just for fun; if you had to pick a song to sing what would your go to track be?

Eminem, Lose Yourself – because in another life I reckon I could be good a rapping!!!

Thanks for catching up with us today, keep safe! And we look forward to seeing you back on the road very soon. 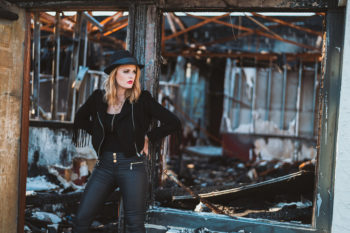