This interview was originally scheduled to happen during this year’s C2C Festival. Having picked Tim Hicks out as one of our “ones to watch” for the weekend, we were so looking forward to seeing him play on the various festival stages. But let’s not dwell on that disappointment…

Despite the thousands of miles and several time zones between them, Paul Sammon and Sally Maybury caught up with the award winning Canadian superstar recently. They began by asking Tim about that partially completed, eventually aborted European trip. 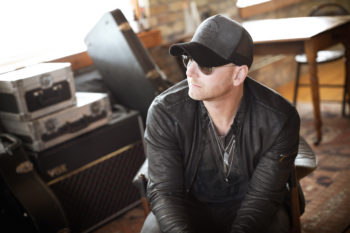 Obviously we missed seeing you in the UK this year at C2C but we know you played in Europe, how was it?

I LOVED IT! I can’t wait to go back. It’s one of those things I never felt was possible. I only ever wanted to be able to support my family by playing music in Canada. So, the thought that people in other countries might be interested in my music is really exciting and unexpected.

Have you got plans, once this is all over, to return to Europe? Specifically the UK?

Nothing on the books as of now, but I hope the fine people at C2C will invite us back to play the set that COVID-19 took away!

After hearing your music for the first time Paul said he thought that, should Josh Gracin and Kip Moore had a love child with Jon Bon Jovi as the Godparent, it’d be you. What do you think of that?

I love that description! I’m a huge Kip fan, and I’ve been getting the Bon Jovi comparison my entire adult life. I’m pretty sure Jon Bon and I are trained in the same vocal technique, although I’ve never met him to confirm this.

There’s just the 3 tracks on your latest EP, Wreck. What was your thinking there? Can we expect to see an album anytime soon?

Definitely new material coming very soon. We thought we’d switch up our release routine of dropping a single and then following up with a whole album. I thought it would be interesting to shine a light on a few tracks at a time, and release new material more frequently. So, these 3 songs are only a taste!

Who do you write your music for? Girls, guys, stadiums? Do you have an audience in mind when writing?

I write with the live show in mind. Every song has to have a place in the set or it’s not worth cutting for me. I come from a live music background; I was a working musician for 18 years before I ever had a song on the radio. So, for me, the show is priority and everything we write and perform serves a purpose.

Is there a favourite person you’ve written with, or perhaps someone you’d like to do a co-write with?

I’ll co-write with just about anybody, I’m not precious. However, my favourite person to write songs with is Jeff Coplan. Jeff produces almost all my material, plays guitar on it (among other instruments), and co-writes a lot with me. We’ve written so many songs together that there’s a level of comfort between us that is, in my experience, rare. We can be extremely frank with one another which is important when you’re writing for yourself.

How did you get to co-write your first single with Florida Georgia Line?

It was by complete accident! I was working with a couple of songwriters at the time based in Toronto. They sent me a half-finished song on a voice memo that they had started with a couple of guys in Nashville, and asked if I’d like to finish it, so I did. I demoed it out in my basement studio, and everyone got excited. It wasn’t until we gathered all the co-writing and publishing information that we discovered the two guys in Nashville were Tyler Hubbard and Brian Kelly! The song was Get By, which went on to become my first Platinum selling single. It wasn’t until several years later that I met them and thanked them for the song. So there you go, I was never in the same room with them- modern songwriting!

Clearly your song ‘Stronger Beer’ is a little dig at the US. How does it go down outside of Canada?

It’s actually not a dig at all if you really listen to lyrics, and the truth is that Canada’s beer is no stronger than any other beer- but it makes for a fun song! It seems to go over everywhere in the world except the U.S., which I would expect. I once let a table of tipsy Canadians talk me into playing it at a writer’s round in Nashville. When I finished you could hear a pin drop. No laughs, a smattering of applause- completely crashed and burned! So needless to say, it rarely makes the set if I perform in America. That song was never meant to be a song. It was a joke that went platinum, so goes to show what I know… hahaha!

How are you finding the current pandemic situation? Is it nice to have some time with your family, or are you going stir crazy?

Overall, it’s fine. It’s actually nice to be home with my wife and kids for an extended period of time. There are challenging days though, and I’m anxious to get back out and perform. We were rehearsed, and geared up for a world tour, so it’s been tough to not follow through on that, as you can imagine.

What are your first plans once this is all over?

We are gonna throw the biggest, baddest party in the history of parties!!! Everyone will be invited!!! 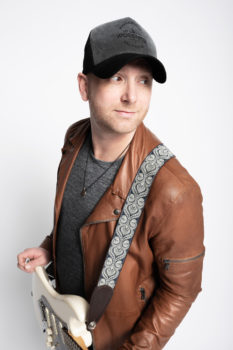 Favourite movie? – “That Thing You Do!”
DC or Marvel? – Music
Favourite sport to watch? – Hockey
Favourite song to listen to? – 21 Summer (Brothers Osborne)
Favourite song to play? – Whatever we have learned most recently
Favourite food? – Mexican!
Favourite decade of music? – 70’s hands down!
Bryan Adams or Bon Jovi? – Adams
Hot dogs or burgers? – Burgers
Weirdest gift you’ve ever received? – A Leaf Blower
What’s the most useless talent you have? – I can fold a t-shirt like I work at the Gap

Thank you for taking time to talk to us today, hope you’re keeping well and we look forward to seeing you in the not too distant future.