Jason Isbell & The 400 Unit – ‘Reunions’ Album Review: A world in turmoil needs a break; enter one of our great songwriters

When Jason Isbell wrote and recorded his new album Reunions, it’s hard to imagine he’d have pictured a world in a pandemic-induced lockdown on release day. But there’s something funny about music, just as we said with the release of American Aquarium’s Lamentations, great songwriters and artists have a way of making music that feels like it was written for every situation we find ourselves living through. It’s with this in mind that we take a look at Reunions, even the title itself bringing to mind the longing we all have to reunite with loved ones. 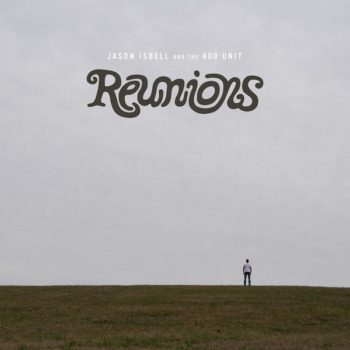 Album opener What’ve I Done to Help ticks all of the aforementioned boxes. Isbell probably wrote the song with American politics in mind, he decries his own (as well as others) inaction when it comes to the big challenges faced by the nation. It’s safe to say he probably had no idea that the song’s meaning could be applied so easily to our current plight, with America in an inexplicable split between those willing to stay home or work on the front lines and help, and those who are purposed to cry “fake” and carry on their daily lives. I struggle to think of a more fitting lyric than “The world’s on fire and we just climb higher ’til we’re no longer bothered by the smoke and sound, Good people suffer and the heart gets tougher, Nothing given, nothing found.” At almost seven minutes long, it’s sonically a little different as Jimbo Hart’s bass takes centre stage.

Isbell has no issues with honesty, perhaps a trait learned from battling addiction and personal problems. Dreamiscle is an autobiographical look back at his teenage self. Having left home to begin life as a touring musician aged 14, you can feel the regret at a stolen youth run throughout the lyrics. Not only that but absent fathers, broken mothers and home life let-downs are re-viewed through mournful eyes, yet Isbell still conjures the homespun image of sitting in a lawn chair on a warm summer night in thrall to a comforting ice cream treat.

Only Children offers an insight into the lives of two up-and-coming writers, another opportunity for Isbell to check back on his own journey in life and paint a vivid portrait of the headspace occupied by an artist striving to be something and someone, “Cold coffee on the fire escape, We bet it all on a demo tape, When we still had something left to steal”. Isbell, a father himself, is always at his best when he ponders the future of the young, whether looking back at his past self, through his eyes as a father or at his young daughter.

The opening line of Overseas Isbell ponders loneliness, “this used to be a ghost town, but even the ghosts got out”. The song is one of the shining stars of the album, with Isbell being as autobiographical as ever, describing life in a marriage with another touring artist and his longing for reunion as he sings “And I saw you in our daughters eyes last night, When she caught me in a lie, And I need you here to make both of us believe, But you’re overseas”. There’s also a sadness in this song, almost a resignation, as he sings about how “we thought that we could change their minds” and “but I saw you losing faith and I was watching when the light went out”, almost like he’s given up. Special praise has to go out for the guitar solo in this song, as Isbell again proves he’s much more than a lyricist with a perfectly put together solo.

With a guitar intro that feels “John-Mayer-doing-Fleetwood-Mac”-esque over a jazzy drum beat, Running With Our Eyes Closed is the perfect tale of Isbell’s love story with his wife Amanda Shires. He sings “We can never go back and be strangers, all our secrets are mixed and distilled, but you’ve taught me to temper my anger, and you’ve learned it’s alright to be still.” This love story continues to be told in River, a piano-based ballad that tells the story of being saved from demons, of struggling to sleep at night as a “lake of fire consumes me in my dreams”.

Be Afraid was one of the first releases from the record and finds Isbell in Cumberland Gap territory – a place where I’m very happy to find him. A biting and snarling song led by big guitars and a forceful, driving rhythm section, Be Afraid is in equal parts rousing as it is biting. I won’t even try to guess who Isbell is aiming this at. Maybe it’s society in general. Maybe it’s the empty nature of the modern music industry (“The stage belongs to you, And you feel like a star, And you can bark and snap like a dog at the man who just tuned your guitar, And I don’t think you’d even recognize a kid in the wings”). Maybe the current political climate of America (“We’ve been testing you, And you failed, To see how long that you could sit with the truth but you bailed”) – this last lyric cutting a particularly strong chord at the moment. This type of, dare I say it, ‘protest song’ is Isbell and the 400 Unit at their very best.

Whilst those big anthems may find the 400 Unit at their best, pain and truth find Isbell the lyricist at his peak, and that’s never more clear than on the stunning St Peter’s Autograph. A song written in the aftermath of the death of Amanda Shire’s friend Neal Casal, Isbell reflects on not just loss, but how grief changes a person and the role we can play in helping another though it. “There’s no shelter from the rain, And I can’t comprehend your pain, But I got arms and I got ears, And I will always be right here.” Following the recent passing of Isbell and Shire’s friend John Prine, we can only hope they find the arms and ears they need.

It wouldn’t be a Jason Isbell record without some form of a nod to his battle with the bottle, a battle that never completely goes away, and that nod arrives late in the album with It Gets Easier. The line “It gets easier, but it never gets easy” sums up that fight, but as Isbell recalls “how tight the handcuffs feel” and points to his inspiration and strength to avoid that fate,”my daughter’s eyes when she’s ashamed”, this song is anything but a recognition of weakness, more one of finding strength.

The album rounds off with Letting You Go, an autobiographical song about raising a child. Just as The Nashville Sound finished with Someone to Love, you get the feeling Isbell is once again putting aside the strain of everyday life, the pain, anger and frustration he feels, the heartache and suffering he’s been through, to place us very much in his ‘now’. Letting You Go takes the listener from that car journey home from the hospital to anxious nights worrying about your child as they sleep right through to pondering the toughest part of all parenthood – letting your child go. The final verse feels poignant as Isbell imagines that moment in the future where he realises he won’t be able to share every moment with his daughter, “And now you’ve decided to be someone’s wife. And we’ll walk down the aisle and I’ll give you away, I wish I could walk with them back through your life to see, Every last minute of every last day”.

Reviewing a Jason Isbell record is a challenge. Such is the strength of his songwriting that it can be difficult to put across how you perceive a song without feeling self-conscious and worrying that you’re way off the mark of the writer’s intentions. But, as a friend recently pointed out to me, that’s the true genius of his songwriting, certain songs can mean something completely different to different people. Just as I said at the start of this review, good songwriting adapts with the times and with the listener.

For me, one of the most striking things about Reunions is that it feels like it was written for 2020. Now, there’s no conceivable way Isbell could have predicted the particular sh*tstorm we find ourselves in, and yet he does lament the things that have made it all the worse and celebrate those that make it all the better. Whether that’s our own selfishess in What’ve I Done to Help or the support of those who love us in songs like River. We’re all going to have our own memories of this most peculiar year, but Jason Isbell will be one of the artists providing the soundtrack.

One thought on “Jason Isbell & The 400 Unit – ‘Reunions’ Album Review”